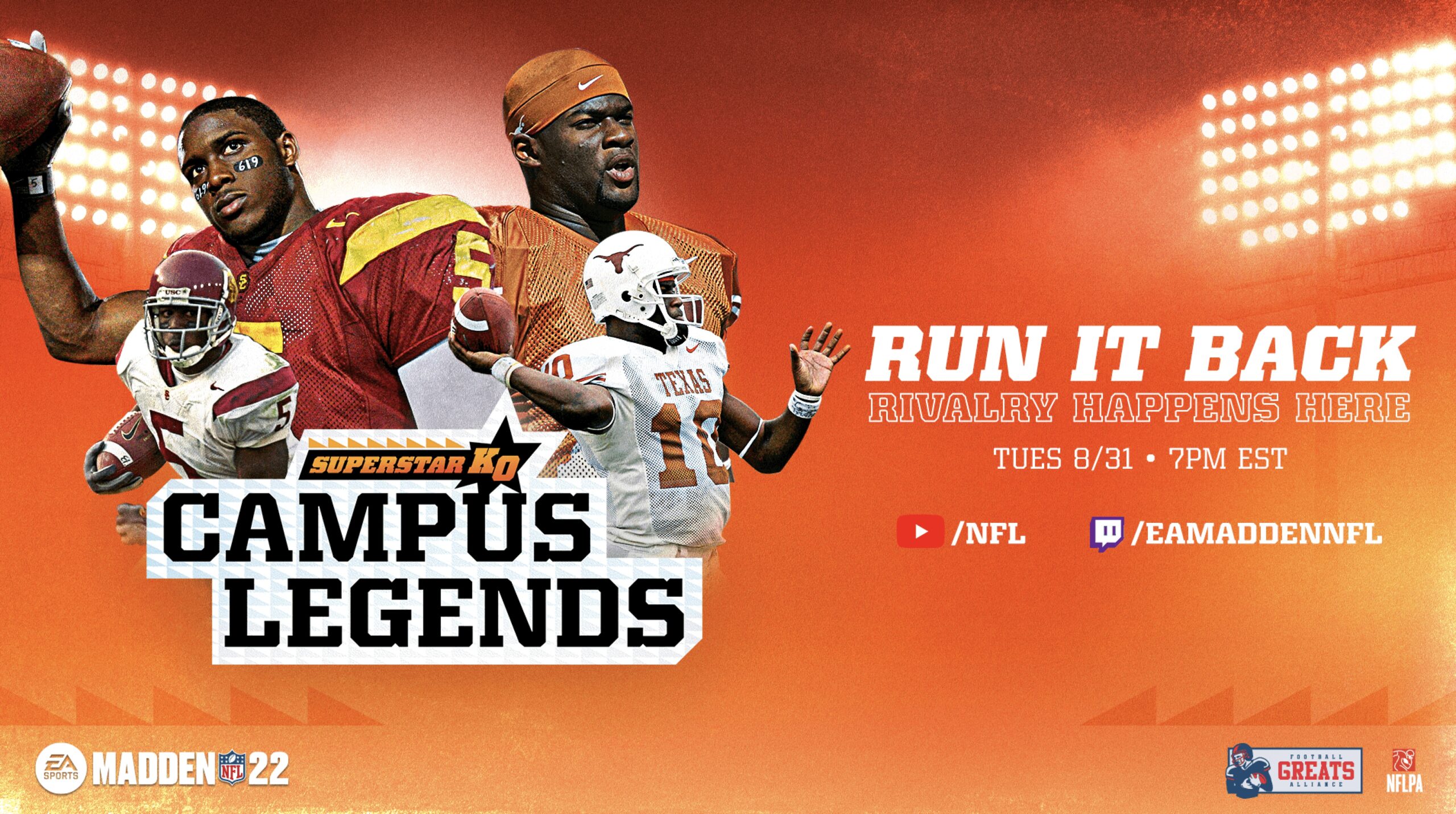 EA has released “Campus Legends” for Superstar KO multiplayer mode. The limited-time event, which runs until September 27, enables football fans to throwback to their college days with the release of ten college football teams, complete with rosters of alumni that are some of the biggest college football legends.

A showdown between Texas legend Vince Young and USC legend Reggie Bush takes place tonight at 7:00 PM ET on the NFL YouTube Channel and Madden NFL Twitch. The two will battle it out at Rose Bowl Stadium with their respective schools in Madden NFL 22.

“I’ve been a Madden fan for as long as I can remember, so it’s going to be truly special to hit the sticks and see myself in my college uniform for the first time in the game,” said Vince Young, Texas legend and two-time Pro Bowler. “I can’t wait to take on Reggie [Bush] again in our old colors. I’ve got some serious Madden skills – looking forward to bringing home another win for the Longhorns.”

The NEW Campus Legends event is now live, ft. 🔟 historic programs to challenge your friends with! 💥

Madden 22 Franchise Mode: Improvements Are Only a Step in the Right Direction
Madden 22 Face of the Franchise Review: This Ain't It Chief