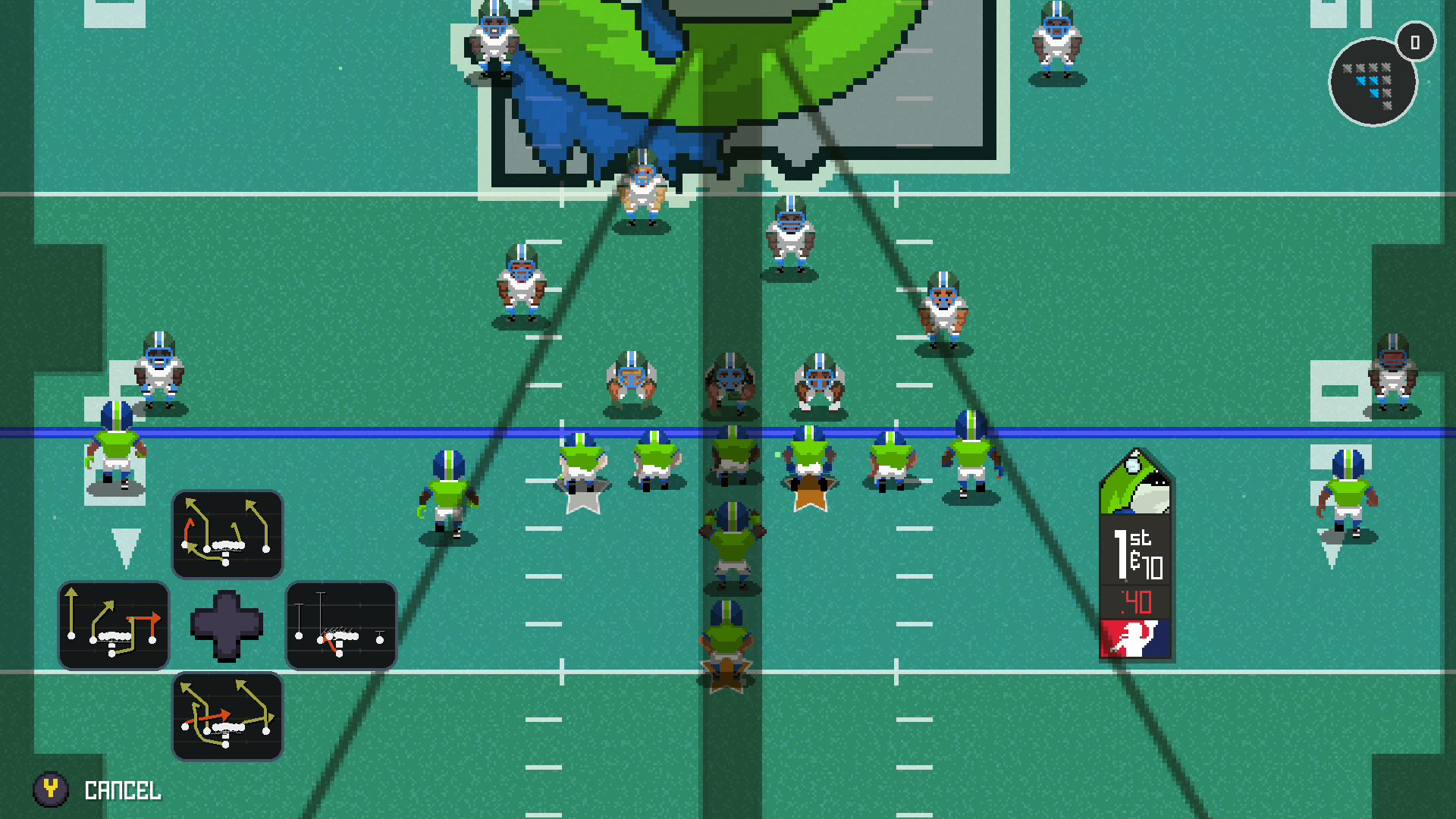 The latest update for Legend Bowl has added audibles, defensive improvements and much more based off of feedback from the community. Players can now edit team information and settings, including team names, cities, stadiums, grass types, weather and more.

You can bring up the new Audible screens using the Y button (XBOX) or the “W” key and can cancel out of the audible by selecting the same button if you wish to keep your current play. Keep in mind, once you change your original play, there’s no getting it back. You will be left to choose any of the 4 audible plays, so be mindful when calling audibles.

Defenders were allowing big plays at times because they were stuck strafing for too long and not keeping up with assigned receivers. Now defenders will turn and keep up with the receivers much better and also play more intelligently to avoid those huge plays. They will also intercept and break up passes at a higher rate in this update.

Check out the blog for additional details and make sure to follow King Javo on Twitter for updates.

Here are the patch notes for the latest update. Of note, he recommends backing up your roster file to preserve your mods.