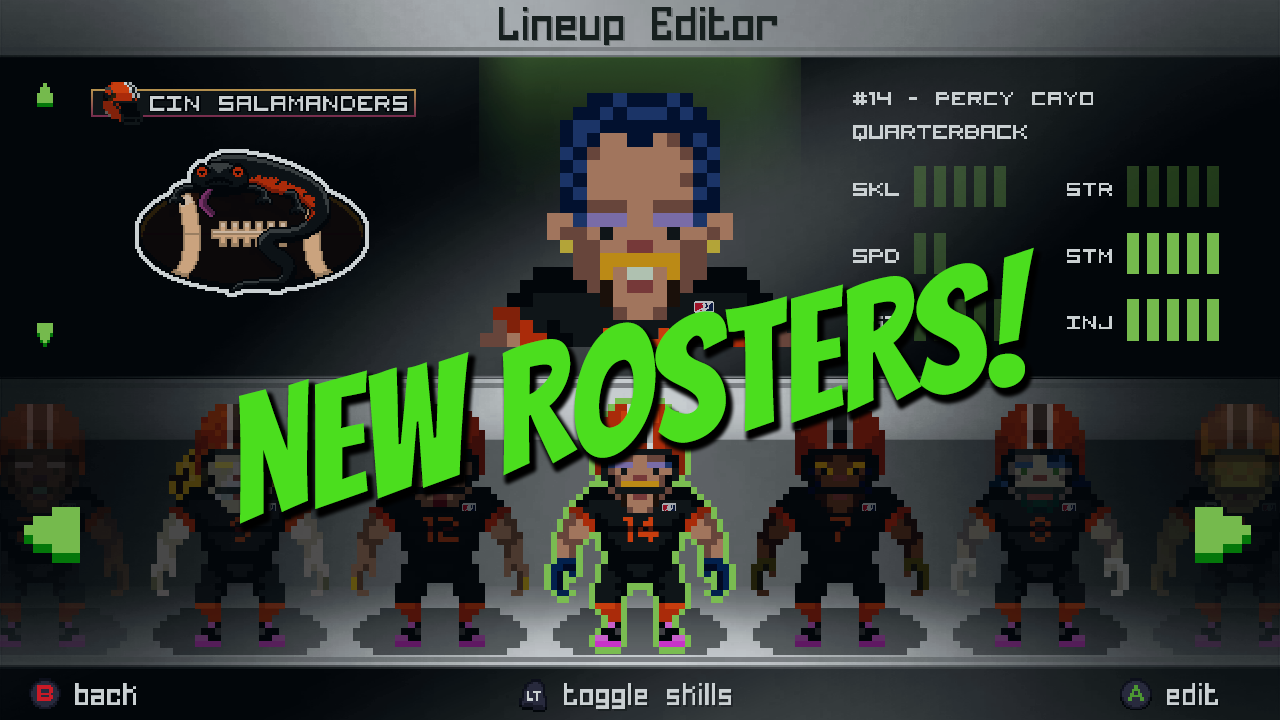 Another Legend Bowl update has arrived to address some lingering gameplay issues from the last patch. Some new rosters are also available to try out, each of which creates a different feel for the game.

The Legend Bowl community has created plenty of rosters, but these were hand crafted by King Javo himself, check out some of the details below.