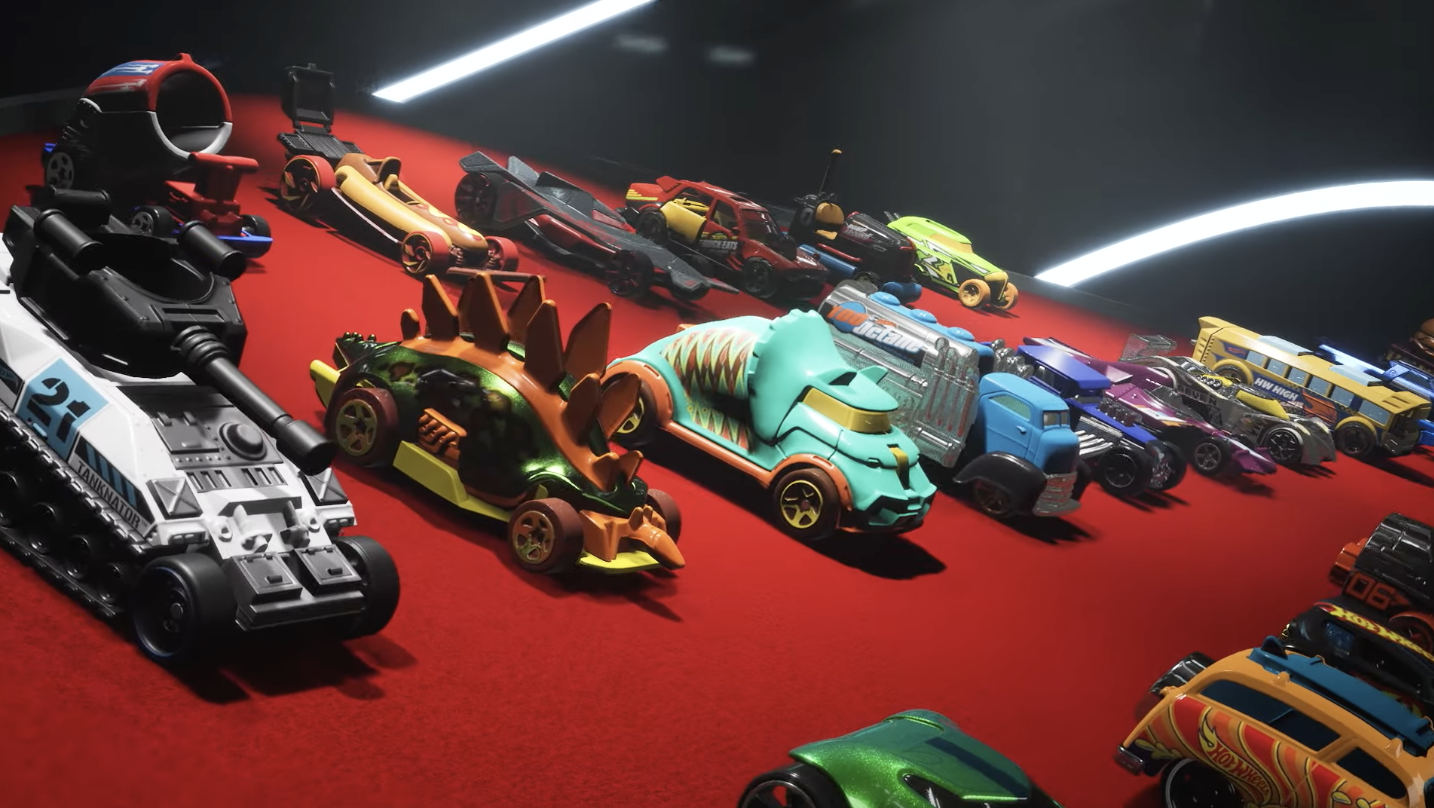 The latest Hot Wheels Unleashed trailer shows off all of all 66 cars that will be available when the game launches on September 30. The list of rides include K.I.T.T. from Knight Rider, the Batmobile, Snoopy, Back to the Future, Teenage Mutant Ninja Turtles Party Wagon and much more.

For those players looking to get behind the wheel of their favorite vehicles found on today’s city streets and racetracks, diecast favorites will be featured from original manufacturers representing the past, present, and future of car culture. From classic rides such as the 1932 Ford ‘Deuce’ and the 1969 Dodge Charger, to modern favorites including the Audi R8 Spyder and Honda S2000, plus hypercars packed with future technology such as the 2020 Koenigsegg Jesko – there is truly a ride for everyone.