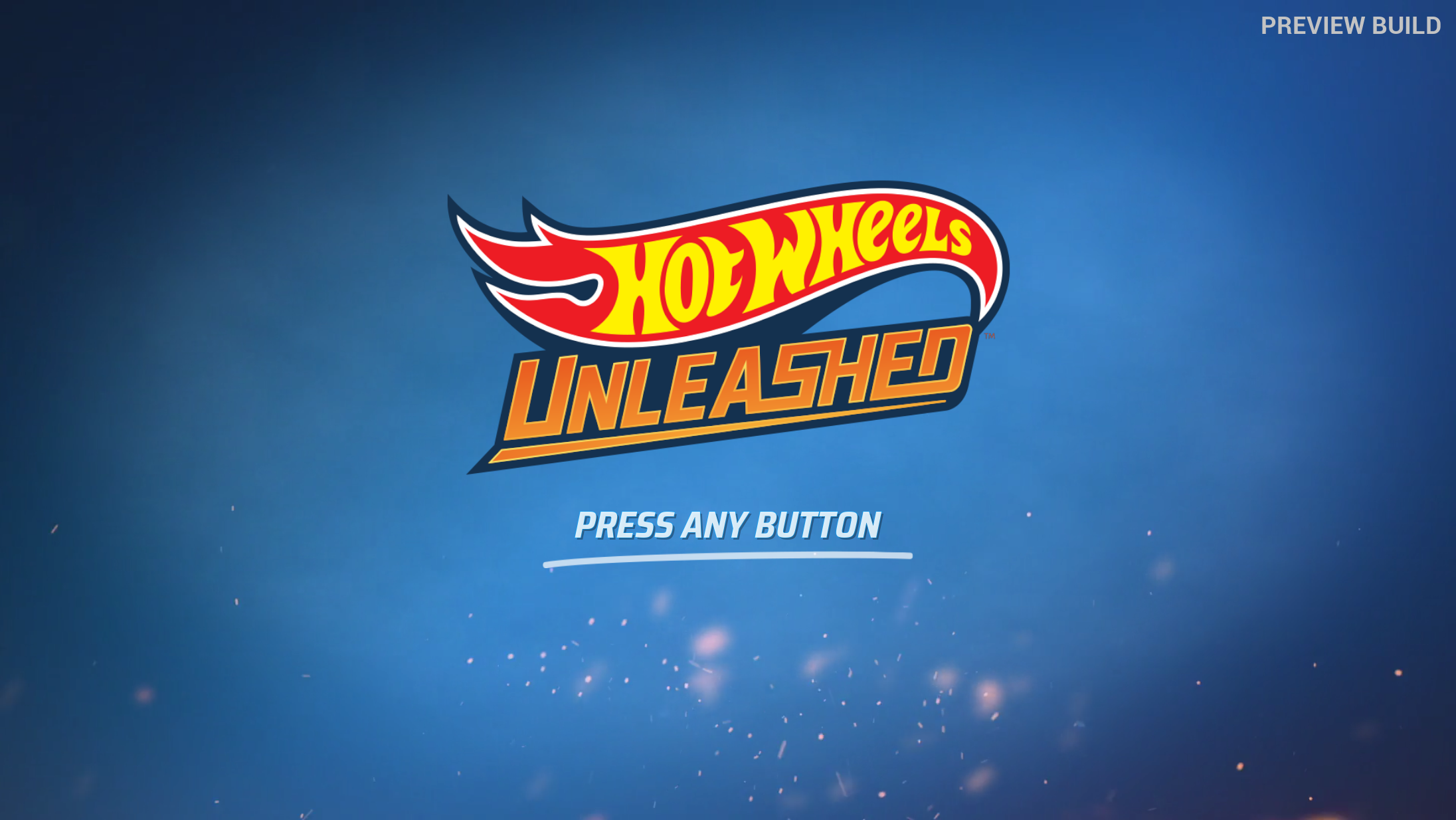 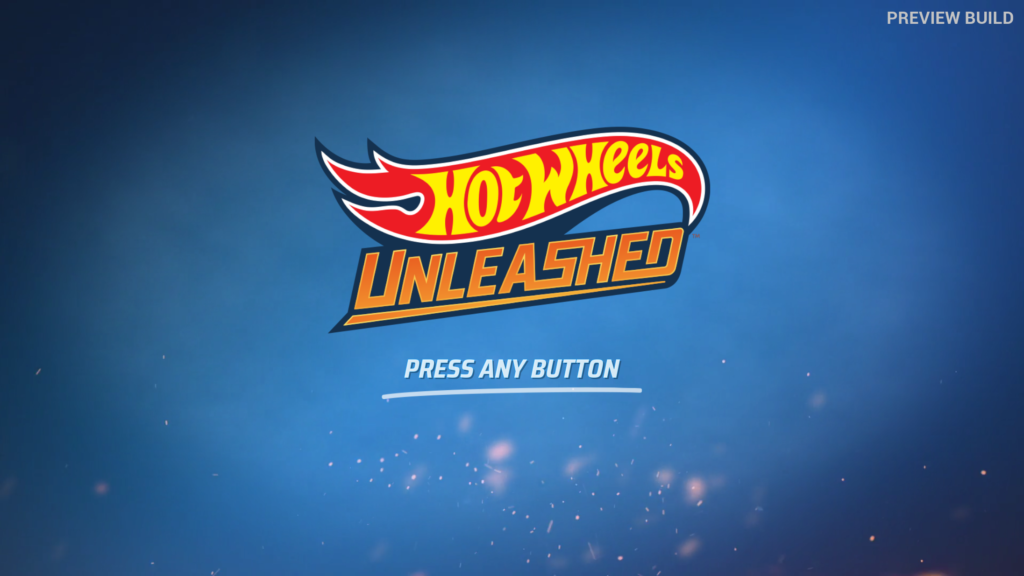 It is not the full retail version (obviously), but there is enough depth here to understand the direction that Milestone is going. So, with that said, let’s get into it. 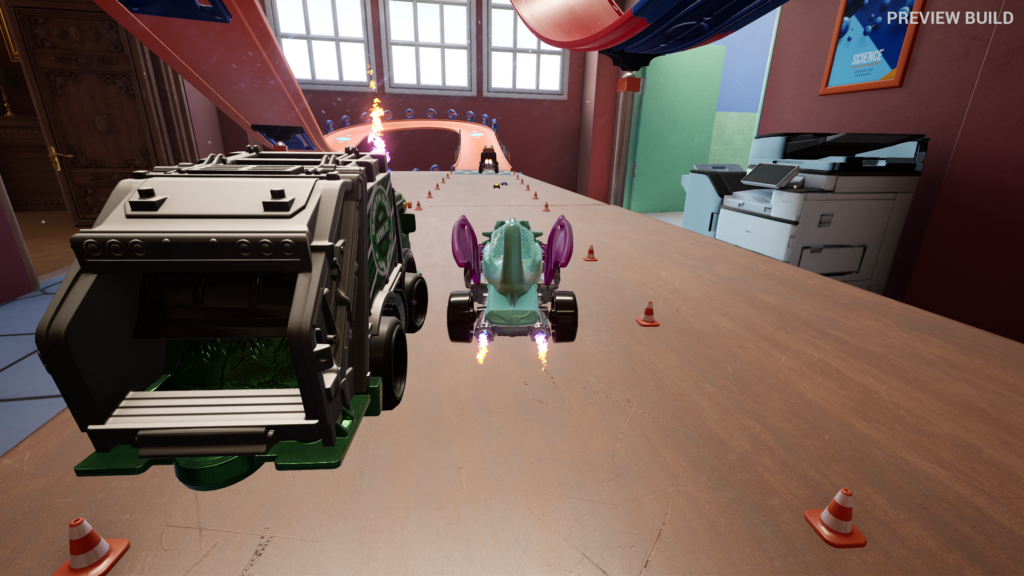 As I mentioned before, the version I have is a slightly truncated version of the final retail build, but here is what you can expect when you launch Hot Wheels Unleashed for the first time in September, according to the developers. 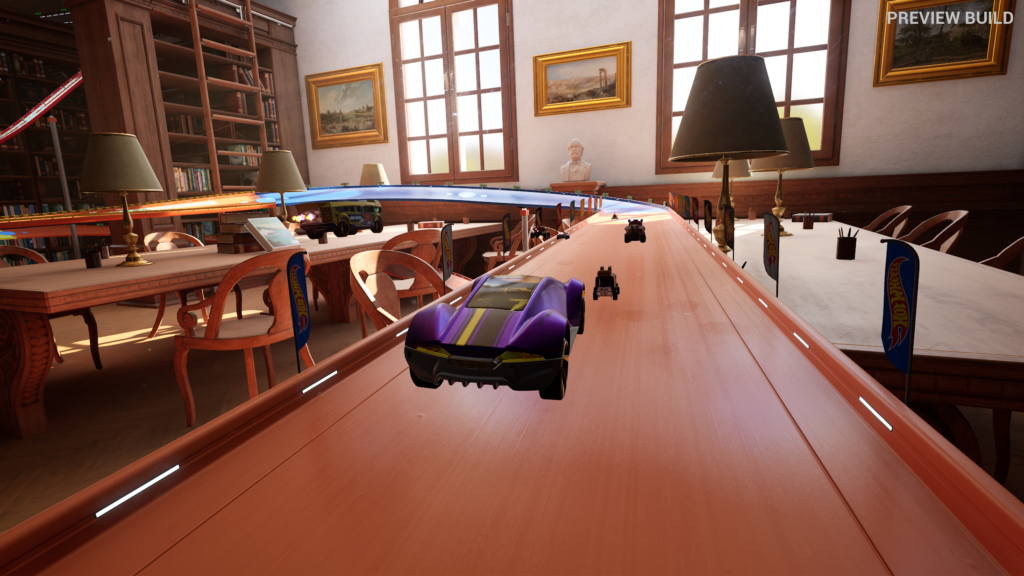 That is the experience that one can expect out of the box, now let’s take a look at the content that will be included on day one or with DLC during post-launch support.

So that’s what you will have access to in the full retail build. For the preview build, I was allowed access to: 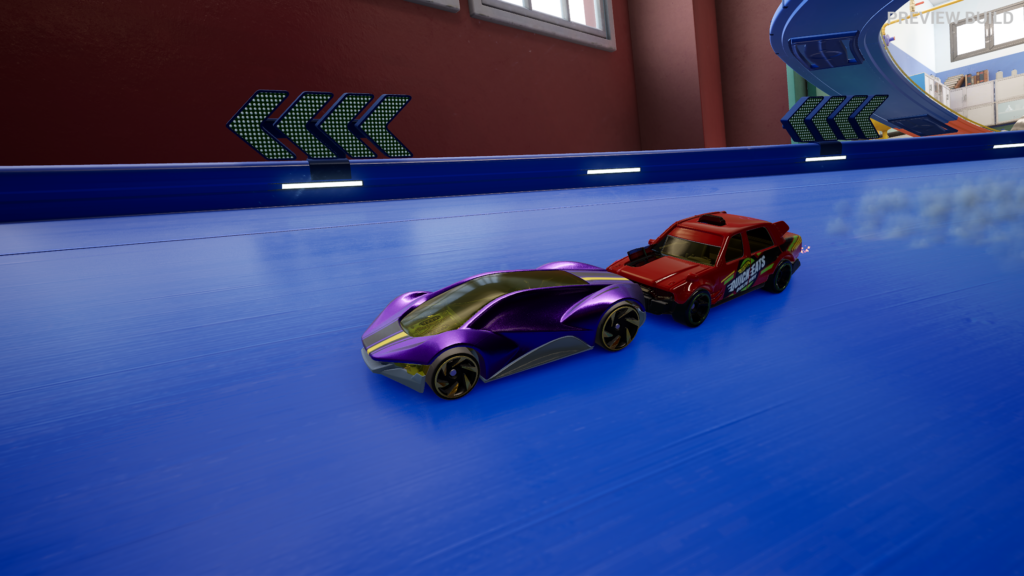 Depth of content is obviously important, and Hot Wheels Unleashed looks to have that part covered by offering not only official tracks but community creations as well. Just as important is how the game plays once you hit the track, and in my time with the preview build, Hot Wheels offered up a lot of fun and ways to play. 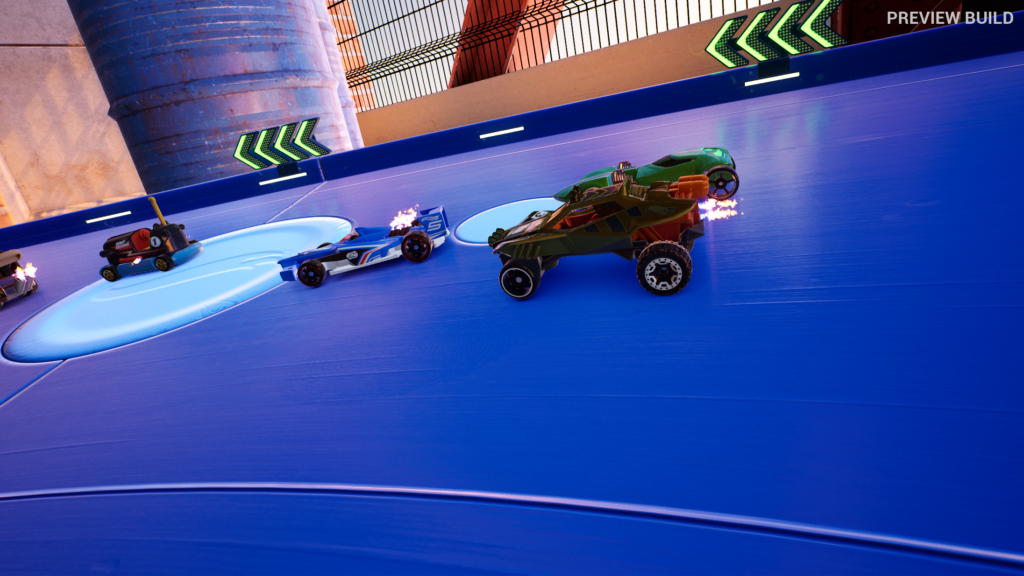 Initially, the game felt like a kart game reminiscent of Mario Kart, but the more I played the more I realized that comparison was off the mark. What Milestone has created here truly is a Hot Wheels world, and I’ve been given an admission ticket to enjoy it all.

Each car felt different by offering up unique abilities, and there are some incredibly challenging tracks to traverse and navigate. Each track is also incredibly unique and lengthy, meaning each experience is one that can be enjoyed in long stretches, which I loved.

I found through my time that picking the right Hot Wheel was almost essential to your success, and the control scheme was much deeper than I initially thought. Again, each track is so unique that the right car can truly help in aiding you throughout the race, and the wrong combination can make the race a bit more challenging. 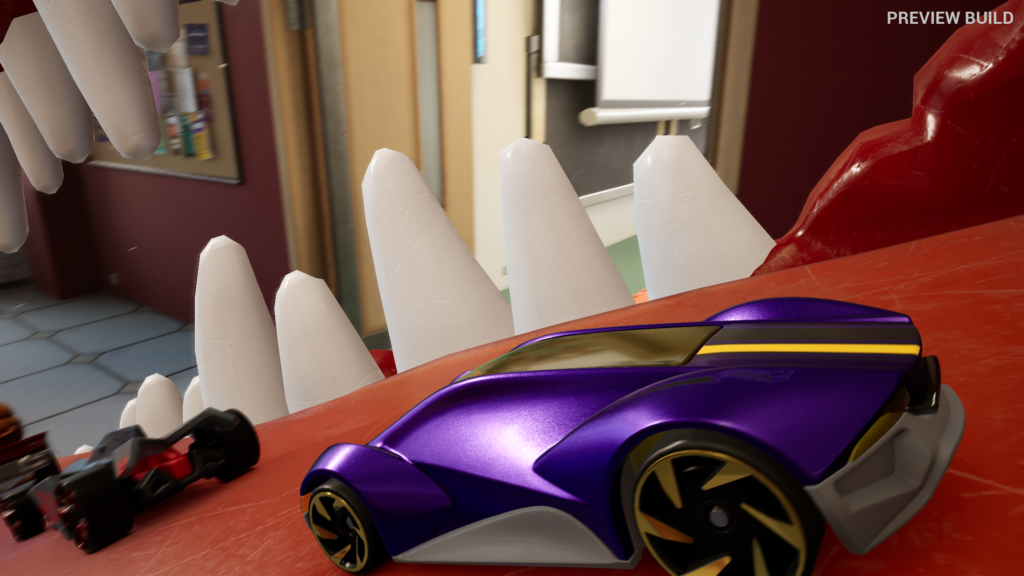 Learning the mechanics of maneuvering was essential and really opened up the game. The AI, while still being tweaked at this moment, offered up some real challenge on the track.

Hot Wheels Unleashed feels like the Hot Wheels game I have been waiting for since my childhood as it is drenched in authenticity, ingenuity, and loads of fun and depth. This is one of my most anticipated racing titles of 2021, and I have a feeling it will be for many others as well. Milestone is still in the process of polishing and tweaking the game, but look for Hot Wheels Unleashed to drop on September 27 on the PS5, PS4, Xbox Series X/S, Xbox One, Nintendo Switch, and PC.