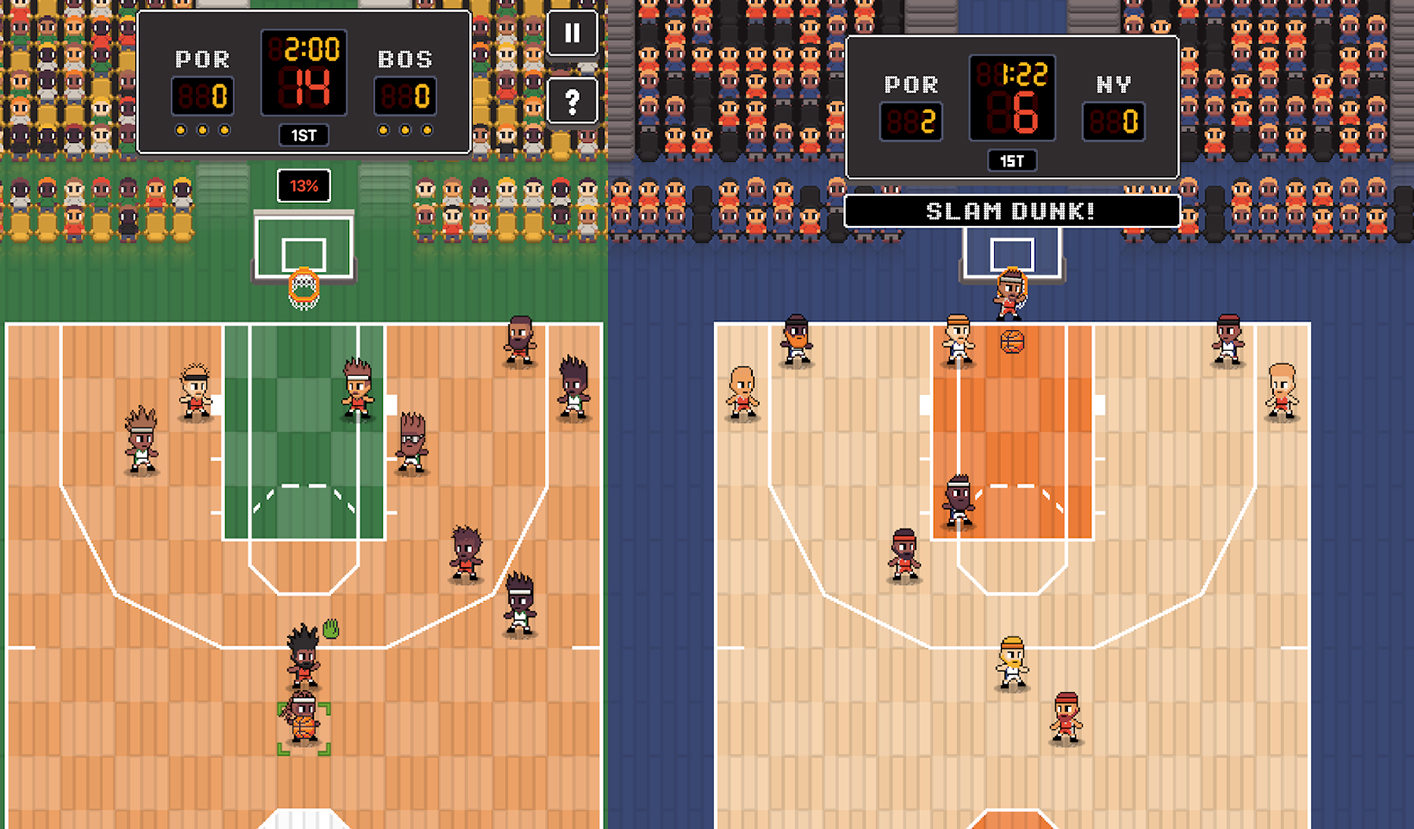 The latest update for Hoop League Tactics, a fresh new take on the sports management simulation genre, is available now for iOS and Android devices.

They have added plenty of new additions, improvements and fixes, as seen below.

Hoop League Tactics allows you to take control of your basketball team and lead them to victory, in turn based tactical action. Manage your players between games, by upgrading their skills and scouting for the next prospect to join your squad. Whether you control every action or watch from the sidelines, how you decide to play the game, is entirely up to you.

Here are some of the features in the game.

If you have any questions, the developer (FlyRice), occasionally stops by our forums to answer them, so feel free to try out the game and let him know your thoughts.