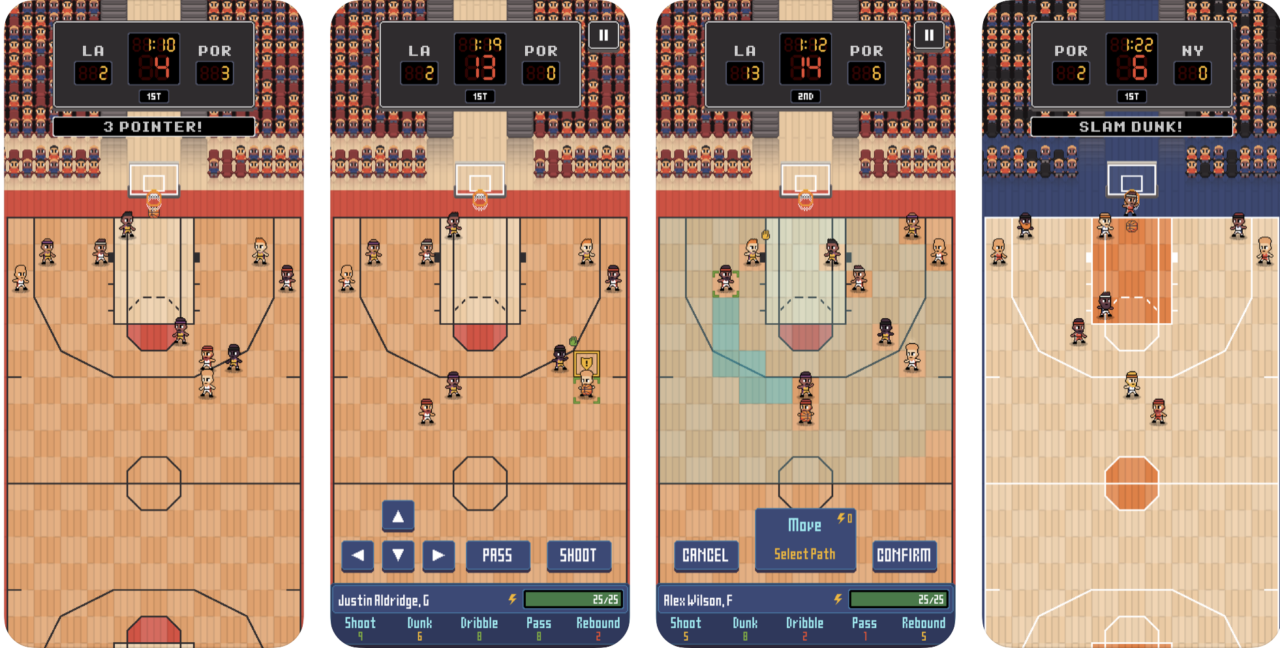 Hoop League Tactics is available now for iOS and Android devices. The game features a fresh new take on the sports management simulation genre. Take control of your basketball team and lead them to victory, in turn-based tactical action. Manage your players between games by upgrading their skills and scouting for the next prospect to join your squad. Whether you’d rather control every action or watch from the sidelines, how you decide to play the game is entirely up to you.

This game was created by OS user, FlyRice. Make sure to read some additional details he sent to us below.

Hoop League Tactics is my X-COM inspired strategy game that I’ve been developing for a little less than a year. While it started off as basic turn-based gameplay, it eventually evolved into a hybrid team management simulator!

In Season Mode, you can play your own scheduled games or watch/simulate any game on the scoreboard. You’ll have to manage your players fatigue from game to game or they may get injured. You can draft rookies, sign free agents in contract negotiations, or even trade your players.

Progression wise your players gain experience which in turn lets you upgrade attributes and unlock unique skills. With money you earn after games, you can upgrade team personnel such as your training staff, development coaches, and talent evaluators. Players will age and eventually retire. By the end of their careers, they may have achieved many of the end-of-season awards handed out every season. These are just some of the aspects of Season Mode and you’ll be able to try it out very soon on Android and iOS!

Hoop League Tactics will be free to play but players will be limited to two full season unless they unlock Premium Edition. Premium Edition also unlocks addition save slots and full access to customization features so that you can create your own leagues before starting a season. There will be no ads or microtransactions beyond the single unlock for $4.99, on sale for $2.99 throughout the month of December.