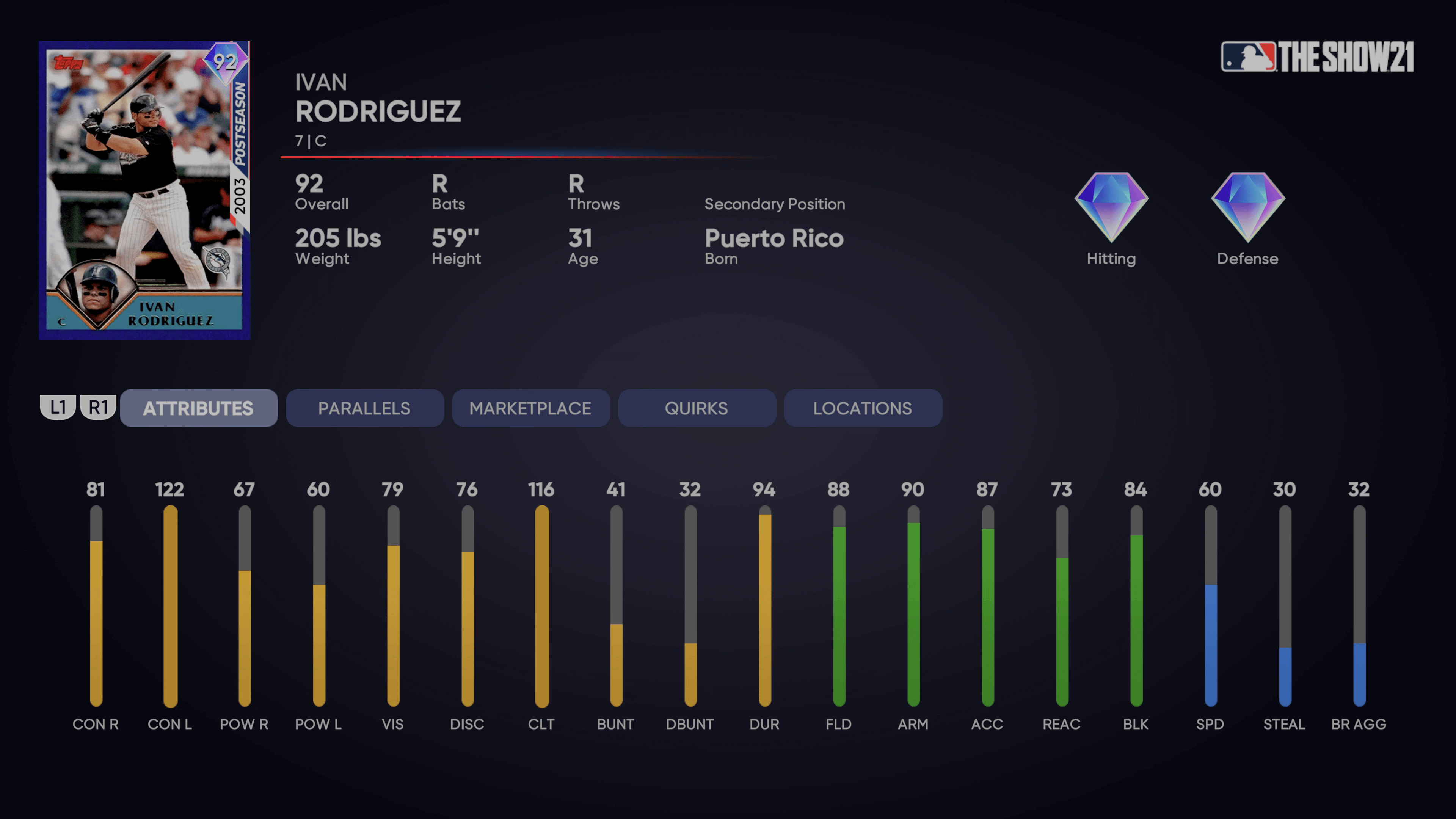 Pudge is a sight for sore eyes because, as usual, there is a lack of top-tier catcher options right now here at the start of Diamond Dynasty. We have Piazza as a 1st Inning Boss, and there’s some other players to go to here and there, but Pudge should be an intriguing option for some folks. That said, Pudge has not always been a fan favorite. Last year, his swing plane seemed to create lots of line drives but not much power. Whether that was a placebo effect or not is hard to say, but the point is that a lot of folks steered clear of Pudge.

That being said, he’s worth another look because he has 122 contact vs LHP, and then he has 88 fielding, 90 arm strength, 87 accuracy, and 84 blocking. His future cards will probably have a bit more speed and power, but his hitting numbers are solid enough to fill in as your starting catcher against lefties or righties while providing elite defense. As of now, Rodriguez presumably slots in with Rutschman and Piazza in the top tier of catcher rankings. The odds on the Headliners packs remain the same as always, so good luck if you try getting him in packs as you’ll have a 1:10 chance at a diamond, albeit that diamond might not be Postseason Pudge Rodriguez.