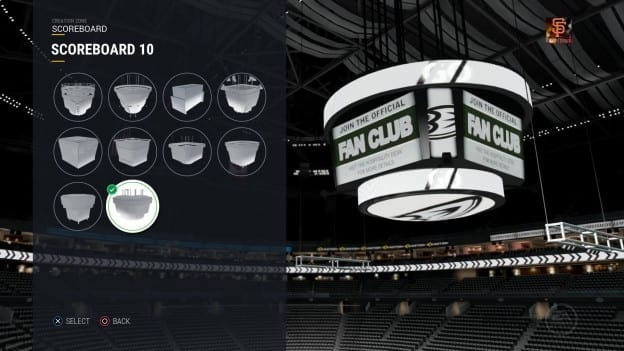 I’ve always enjoyed the thrills of NHL’s EA Sports Hockey League, but this year’s iteration of the ultra-popular mode is my favorite yet. It builds on last year to deliver not only a balanced gameplay experience, but a tailored level of customization unlike anything we’ve seen before.

It’s not as though last year’s EASHL was bad. I’ve been a big supporter of EA’s decision to make the switch from XP-based upgrades to a balanced player-class system over the past couple of years, and it was a bold decision to do so. The switch was met with some controversy, but it has ultimately worked out all the better for the simulation fans among us, prioritizing player skill over the constant grinding of XP across hundreds of games.

It was due to this that my interest in EASHL was particularly renewed last year, and I had a lot of fun with the mode’s re-emergence in the series. But, it didn’t have that killer factor that retained my interest in the long run. Climbing up the rankings and winning the odd playoff tournament can only entertain for so long, especially when there’s no luxury goal to aim towards aside from gaining a numerical division.

When it was announced, I honestly didn’t anticipate that team customization would revolutionize EASHL in the way that it has for me and my band of buddies. In NHL 17, the mode equips you with the ability to custom design your own arenas, jerseys and players as progression is achieved, and there are a welcome number of tools available for this purpose.

For me, the excitement is less about player customization, and more about the team and arena elements. The ability to design jerseys is nothing new for the series or even the mode, but it’s been sorely missed for a number of years now. Arena customization is the undoubted highlight, and everything from equipping new seat colors to goal songs is a genuinely exciting aspect of team play.

If you’ve never played NHL 17, it’s easy to overlook this element of the experience. It might not seem particularly enticing at first, but the personalized elements of a custom arena soon make the thrill of playing in front of your home fans an exciting prospect. The sight of our brightly colored set of supporters, the tailored custom sounds in the arena, and our ever-growing home building has become a notable reason to fire up NHL above the other sports games in my collection.

Ultimately, it depends on how you look at it. For some, the cosmetic surroundings of the game are merely a distraction from the action on the ice, while others live for the immersive qualities and personalized elements that EA’s new customization features allow. These new tools are only a minor addition in the grand scheme of things, and they don’t totally make up for the occasional AI lapses and littered irritations of NHL 17‘s gameplay, but EASHL’s renewed ability to retain my interest for long periods of time is something I haven’t experienced in years.

I don’t think NHL 17 is the perfect game by any means, but I do think its approach to EASHL far outweighs its competitors in similar fields. FIFA 17‘s Pro Clubs is a notable example, failing to offer a balanced gameplay experience or personalization to the extent offered here. As a result, it feels outdated and overly frustrating, and it’s no coincidence that I’ve spent 90 percent of my time with NHL’s equivalent instead. Certainly, the excellent work and vision that has gone into EASHL’s development over the past couple of years hasn’t gone unnoticed in my mind, and I can only hope it continues to progress down its current path in years to come.

What are your thoughts about EASHL in NHL 17? Has customization revitalized the mode in your opinion? Let us know.