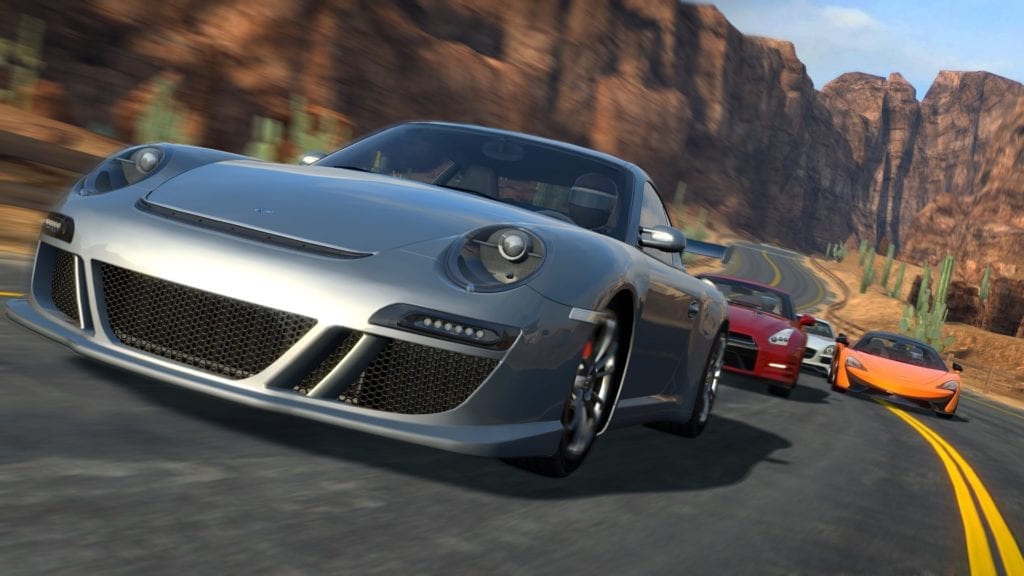 Gear. Club Unlimited (GCU) gives the Nintendo Switch its first racing game that’s not a Mario Kart or Cars 3 game. GCU has real cars and plays like a Forza/Gran Turismo-type racing game, just with a much more arcade feel.

It has the rewind feature that the Forza series has popularized as well as many assists that can be turned on or off like assisted braking, racing line, etc.

There is a fictional city that you race in with three different types of tracks: seaside tracks, forest tracks and desert tracks. In between races, you can build up your personal garage so you modify your car’s look and power. As you gain stars from winning races, you purchase different stalls.

If you win the race, you will unlock 3 stars, like in most free-to-play-type games. The stars unlock the stalls and the money earned from races allow you to purchase these. The game is very generous in this regard so it makes it easy to upgrade, buy and edit cars. 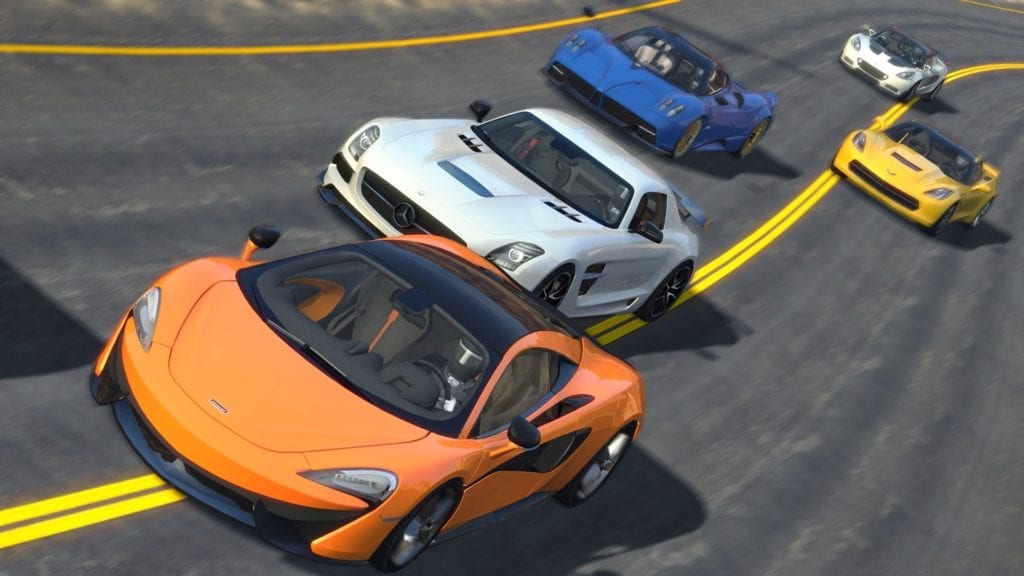 There’s only two options when you start the game, the campaign mode and offline splitscreen multiplayer. It’s an odd setup, but it works. There’s also only two camera angles, one very close to the car and the other is on the hood.

I don’t love either, but if I have to use one it’s the close-to-car view. Along with that, if you do two-player local multiplayer, the camera splits vertically instead of horizontal, which also just seems like an odd design choice.

The game runs at a consistent 30 frames per second. I didn’t notice any framerate drops while playing, and even though it’s based off a mobile game, it does look good. The cars all sounded good and have a lot of customizable parts, paints and rims/tires. Overall, I had a lot of fun playing it.

Multiplayer works smooth, but it feels like you’re racing ghosts not real people — at least it feels that way. It starts right into a race, no list of who you’re racing or any other info. It’s called the festival and you earn trophies depending on where you finish.

It’s an easy to pick up and play game, races are only about 2.5 minutes long each (again, designed for the on the go mobile gamer) so you can whip through them quickly. I really enjoy the aspect of creating my own garage and editing it how I see fit. The car list is also well done. Yes, it could use more cars, but I can’t really complain about what’s here. 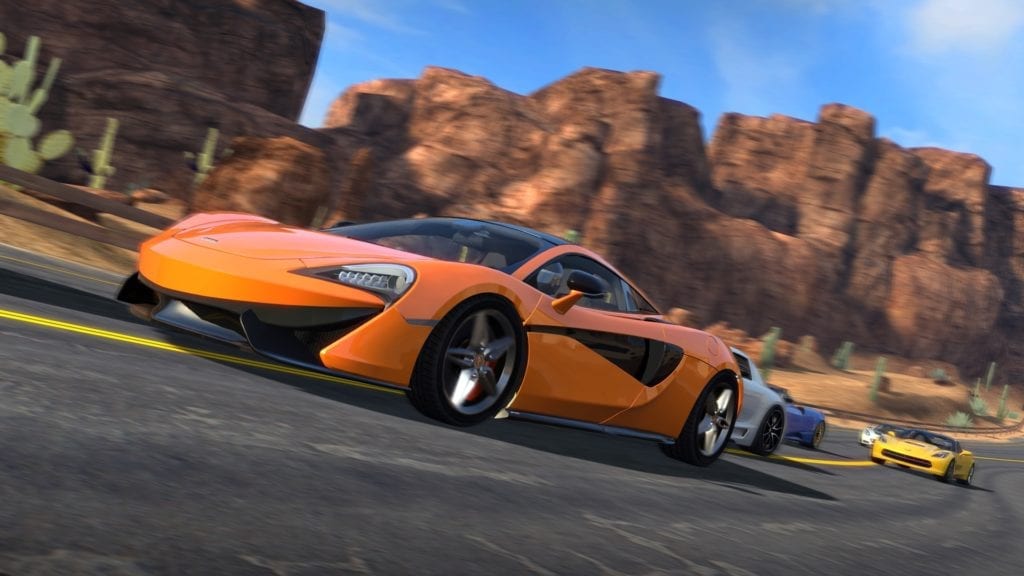 If you want a more grown-up racer for the Switch, this is a title to be on the lookout for. I just have a hard time justifying the $50 price tag because it’s still a free-to-play game ported over, just with the microtransactions removed. I did play it on my phone and it feels very similar, even looks similar. I didn’t do any math to see how much content you’re getting here compared to paying in the mobile game, but I can’t imagine it’s $50. I would say at $30, this game would be a definite buy.