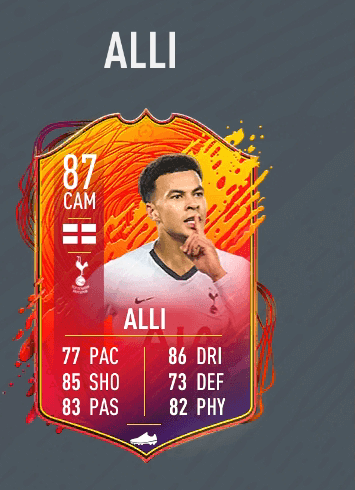 With FIFA 20 FUT, it was another relatively quiet Headliners day while TOTW released. The FUT Headliners Dele Alli is not too pricey, but I also don’t like Alli much in the game this year. In other words, I guess it comes down to whether or not you think Tottenham is capable of a hot streak.

Quick Analysis: His Scream card is probably still better because you get some extra defense out of it, and I don’t think this CAM version is suitable for the meta as it stands. He’s obviously a very easy card to link, and the price is not anything out of control, but I just don’t see a major reason to do this card unless you think Tottenham is somehow going to go on a long winning streak.

Quick Analysis: It’s easy enough to do, but it’s not going to be a big deal if you pass on this one.