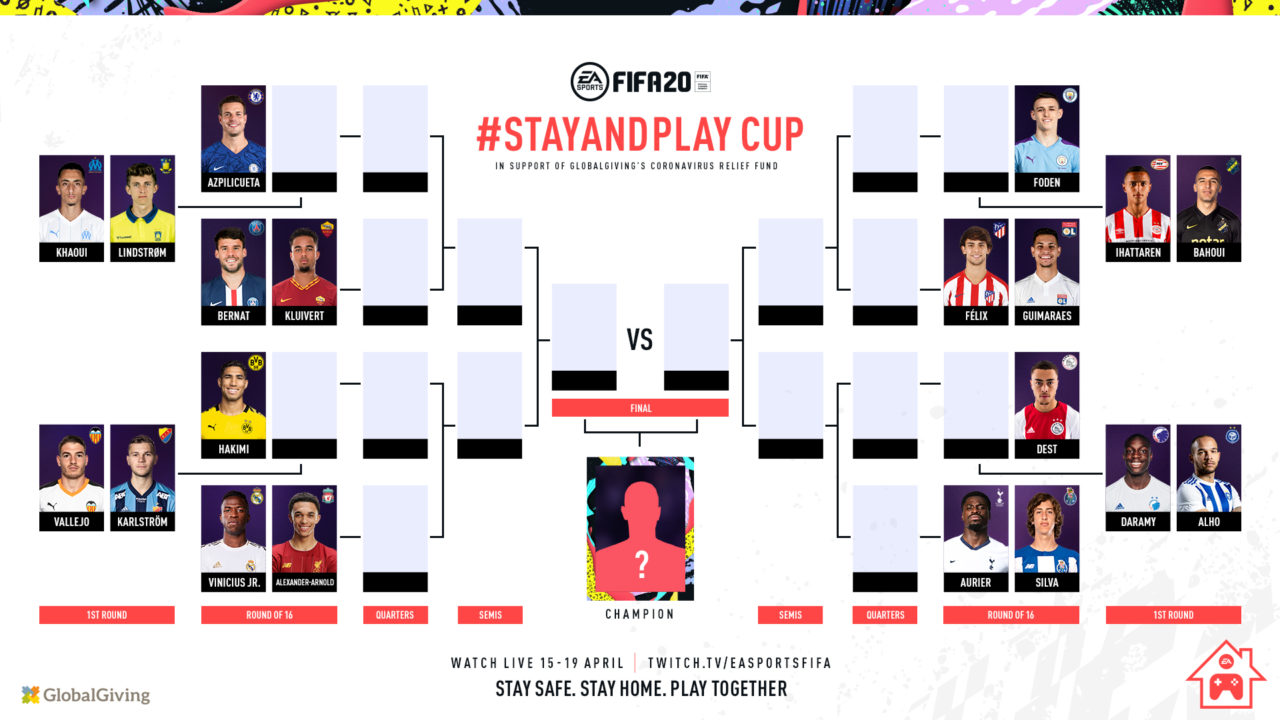 Last week, EA and FIFA, announced one of its biggest programs and strongest examples of the experiences it’s creating for players as part of its “Stay Home. Play Together” initiative. The FIFA 20 Stay and Play Cup, which starts today and ends with the Grand Final on April 19, will drive the world’s game of football as well as lift the spirit of its global community over five days of competitive action.

Twenty professional footballers from world-renown clubs are locked in for the head-to-head tournament and prepared to take their talents to the virtual pitch and in front of a global audience.

Fans and players of FIFA alike are anticipating one of the biggest moments of the year for the sport, but anyone looking for entertainment can tune in to the more than 20 hours of broadcasted play across a number of EA SPORTS FIFA channels and broadcast partners eager to bring FIFA play to the masses.

Stay Home, Play Together, and plan to enjoy some of the best football action around April 15-19. Follow EA SPORTS FIFA on Twitter to stay up-to-date with the clubs and players competing during the EA SPORTS FIFA 20 Stay and Play Cup. Follow #stayandplay on Twitter and Instagram or view all upcoming activities and livestreams here: https://www.ea.com/en-ca/stay-and-play. 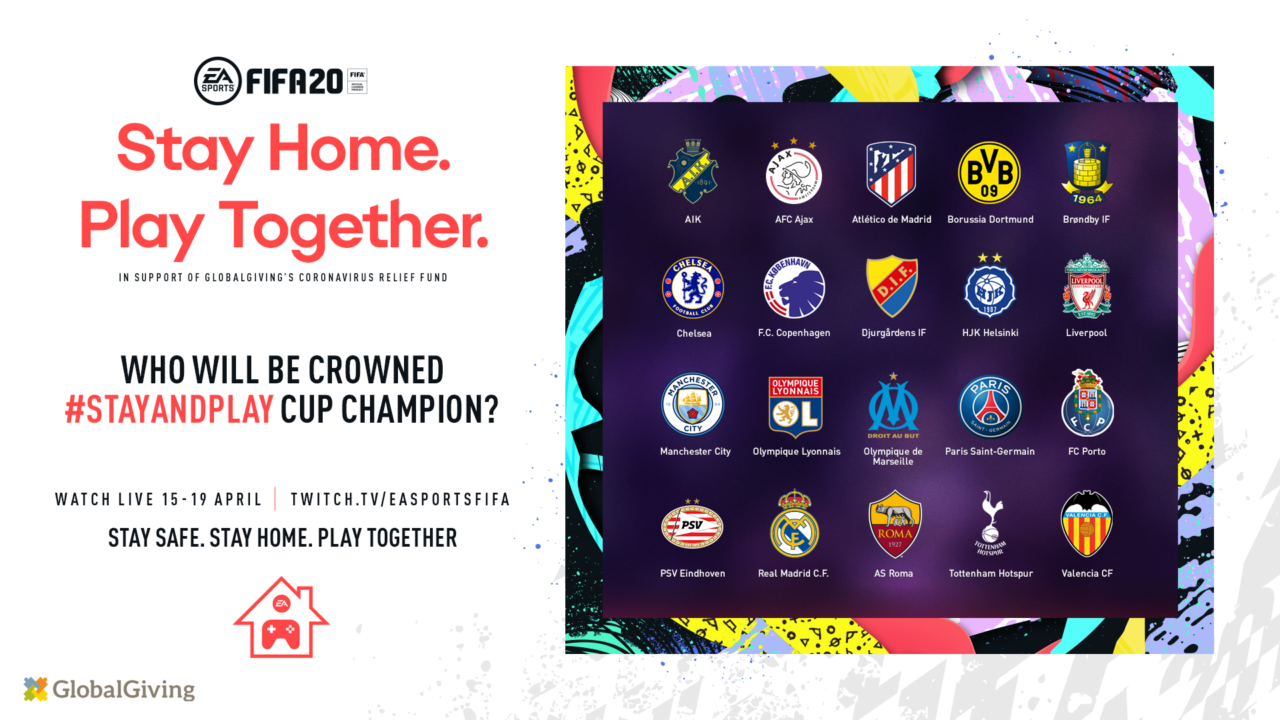 In addition to catching all the excitement on the EA SPORTS FIFA Twitch and YouTube channels, the tournament will broadcast globally through the following partners:

Professional footballers from the most iconic and historic leagues around the world including:

Cancel reply
Comment on this article
Continue Reading
You may also like...
Related Topics:fifa, FIFA 20, fifa 20 stay and, futbol, soccer