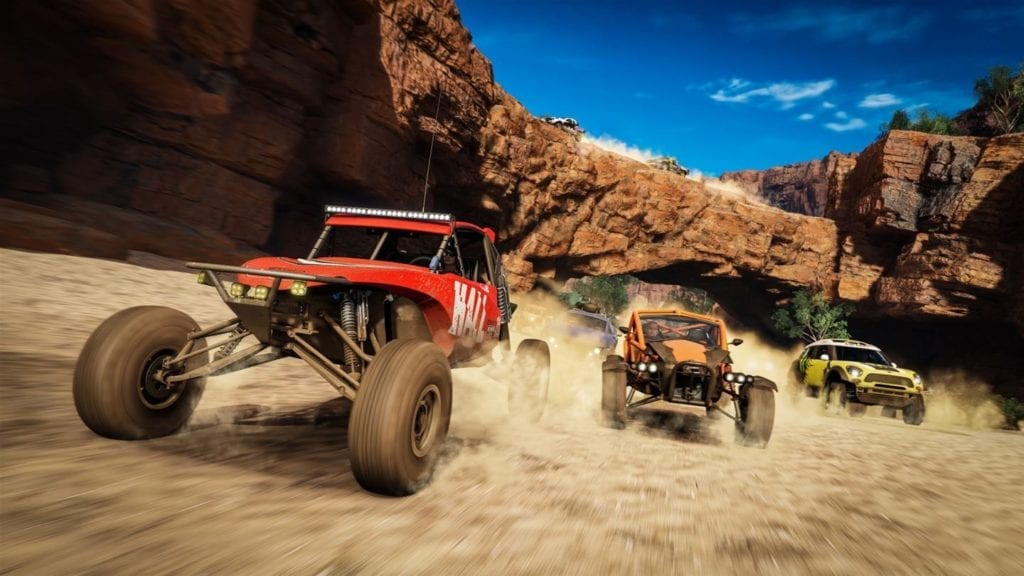 The Forza Horizon 3 demo is available now for Xbox One users, weighing in at just over 18 GB.

The drivable vehicles in the Forza Horizon 3 demo are a “who’s who” of automotive hotness. Of course, you’ll be spending time in one of the game’s cover cars, the Lamborghini Centenario. Along the way you’ll also get to drive more than one dune buggy, a rough-and-ready trophy truck and your choice from cars such as the BMW M4 Coupe, the Ford Shelby GT350R, as well as that Australian legend in the making, the 2014 HSV Limited Edition GEN-F GTS Maloo. And remember: this is just a small sample of the more than 350 cars that will be available for you to collect, customize, and race in the full version of the game.

No official word yet for PC users, but if something is announced, this post will get updated.

UPDATE: Here is the official word for the Forza Horizon 3 PC demo.

We know fans are curious about the state of a Windows 10 PC demo for Forza Horizon 3. A standalone “Forza Horizon 3” PC demo will be released sometime after launch. We invite all players who are eager to play Forza on PC to try “Forza Motorsport 6: Apex”, available now in the Windows 10 Store for free. The Windows 10 version of “Forza Horizon 3” has been built in lockstep with our learnings from “Forza Motorsport 6: Apex”, which just released out of Beta last week and added wheel support. We’re dedicated to bringing the quality and innovation our fans expect from Forza to the PC, and we’re confident players will have a fantastic experience with “Forza Horizon 3” at launch.