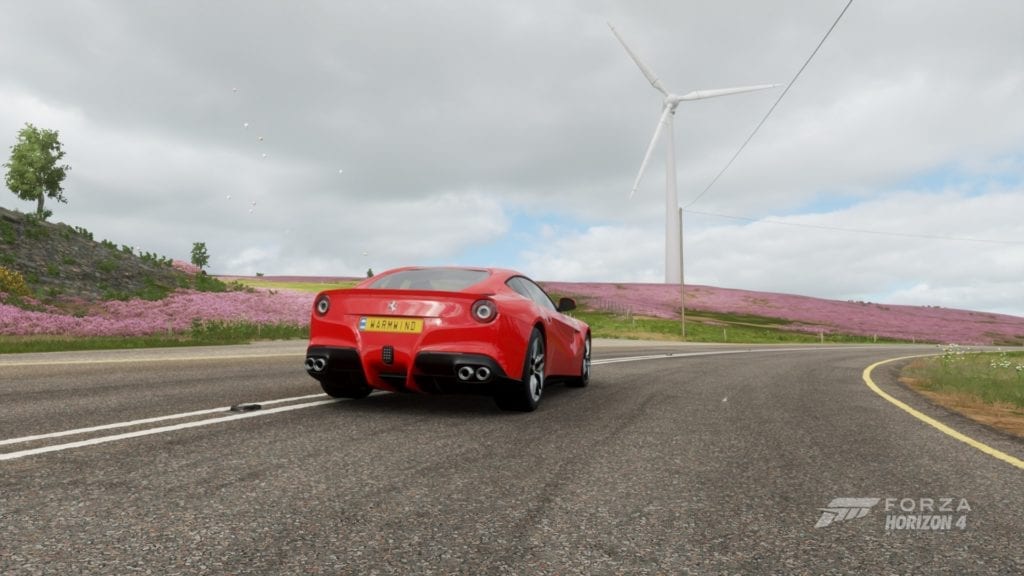 Forza Horizon 4 is out, and of course I’ve been having a blasting around the British countryside drifting through flocks of chickens and smashing through ancient stone walls like they are made of papier mâché. But while the vast, beautiful open world are what reel me in to a game like the Forza Horizon series, eventually I need something deeper to keep my hands on the controller. I need to race.

I am by no means a great racer. When I try my hand at something more hardcore like Project Cars 2 or Assetto Corsa, I find myself wanting, a middling driver at best. I cannot drive manual.

I have tried many times, and the muscle memory just won’t stick. My body and mind are uncooperative, obstinate in their refusal to change and learn no matter how desperate the conscious mind yearns to learn. I’ve never been a car guy either. I knew words like cylinder and camber, but mostly from hanging out with my gear-head cousin. Cars were always a means to an end, too restricted by the realities of traffic, laws, and safety to ever be fun — and too expensive to ever be a hobby. Yet despite my meager skills and shallow background, I find myself a better driver than the vast majority of those online in Forza Horizon 4, and it all boils down to one basic skill: I am disciplined at managing my gas and brakes.

Most of my tips will focus on Forza Horizon 4 and the Horizon series in general, but most of them can apply to any racer with as strong or a stronger simulation engine.

There are many ways in which racing game physics can differ, but a general rule of thumb to follow is to watch how a car turns in a game. If it turns from its center of mass, similar to how a child would turn a toy car, then you are dealing with an arcade racer, and these tips are likely useless to you. However, if the car turns from the turn wheels, you are dealing with a more realistic system and can probably benefit from the following six tips. 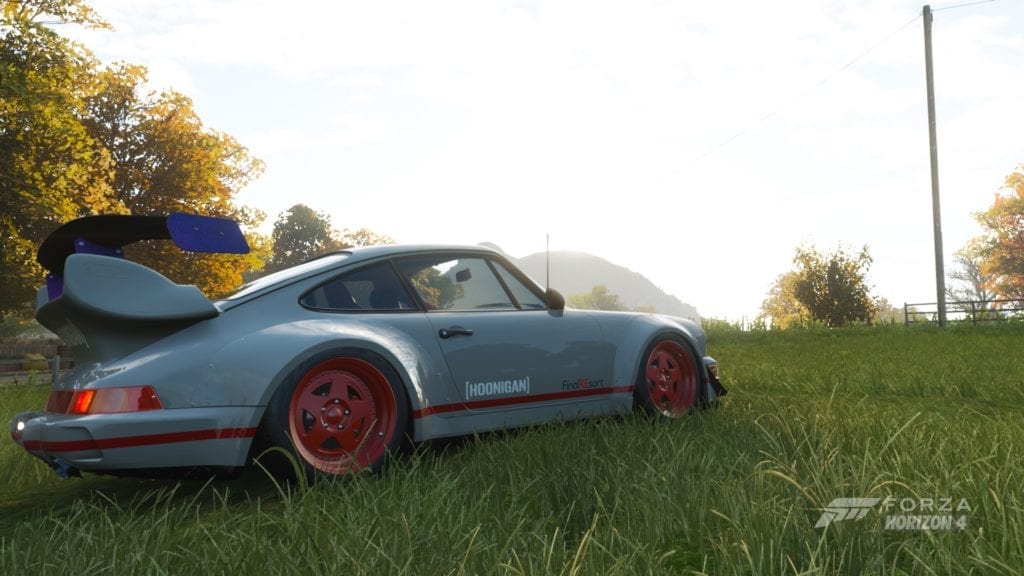 The racing and braking lines in Forza and many other racing games are one of the best tools for learning throttle and brake management. They are however, far from perfect, especially in Forza Horizon. They have trouble properly understanding how sudden changes in height can impact the control of a car, they often don’t adjust to your car’s idiosyncrasies, and in an open-world setting like the Forza Horizon series they can often just be plain wrong. Learning the course properly will always trump the guides that are the racing lines. I’ve always thought of them as a navigator, a visual representation of a person whispering in your ear letting you know about the upcoming obstacles — very useful, but also prone to error.

Translated into the simplest racing terms, grip the road and you’ll go faster. Start to slide and you won’t be able to keep up.

When a tire is rolling, more force can be applied through it, which translates into a better transfer of energy from your engine to the road for faster acceleration, or a better transfer of energy from your brakes to the road, leading to better stopping power. The instant you lose static friction and start to slide or squeal your tires, you lose a significant portion of those abilities.

Sliding around corners and squealing your tires can often feel faster, but when your goal is to shave time off your lap times there are few worse things you can do.

Driving rear-wheel drive cars can be a great way to teach yourself this skill, along with driving tighter courses with more turns. It may not be as fun or pulse pounding as drifting around corners and slamming on the pedals, but it will get you the checkered flag. The car will shudder right before grip is lost, and this can be seen visually or felt through the controller/wheel. Lift sharply off the pedal at that moment to help yourself maintain grip. 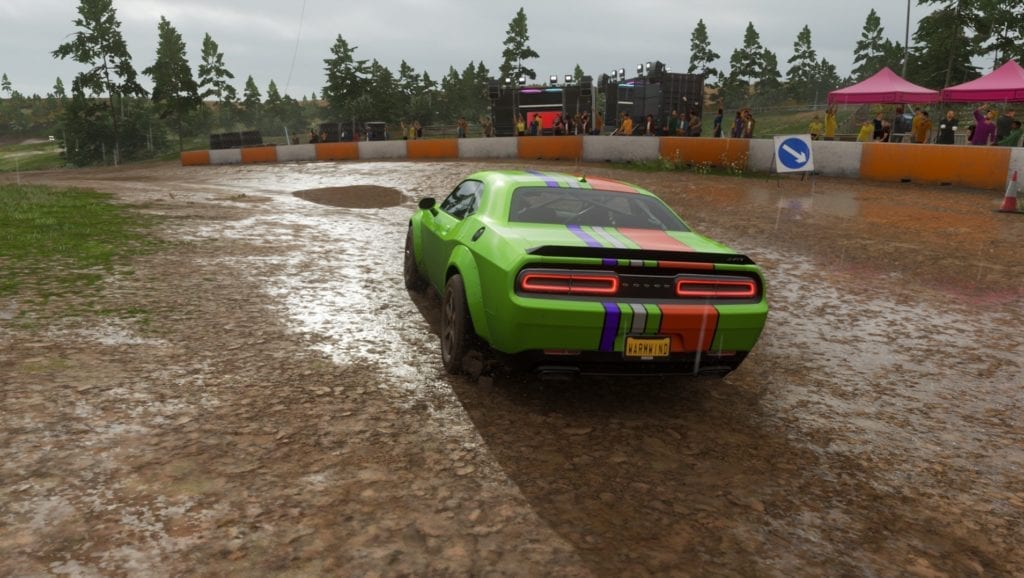 Finessing the gas and brake can be a difficult proposition, especially if you’re on anything but a wheel and pedal setup. Sometimes you’ll be unable to finesse the right pressure for entering or exiting a turn. If you feel unable to do so, pumping the gas or brake can give you the results you’re looking for. Rapid, soft pumps can help you maintain your grip when you’re near the point of losing control. They can also help you maintain your speed around a long corner. This is a trick that I often use myself to great effect.

Tip 4: ABS is your friend — except when it isn’t

If you are on a wheel and pedals setup, you should just ignore this tip, turn off ABS, and never look back.

However, for those of us on a controller, it is significantly harder to control our brake pressure. ABS is a requirement in some racing games, and in all of the others it’s highly recommended. You can play around with input sensitivities and dead zones, but for most people turning ABS on is the way to go.

Thing is, ABS can be a double-edged sword. It only activates when the wheels are just about to start slipping. In most situations this is fine, but if you don’t have enough downforce this can actually help trigger the slippage you were trying to avoid.

Cars with weight reduction upgrades and no wing upgrades to compensate can start losing traction when doing hard braking, and braking on a turn going down a hill is dangerous in any car, as the ABS will send you into a slide as it miscalculates the situation. Braking early and applying soft pumps before the apex of the turn are essential in these situations.

You as a player must compensate for the weaknesses of ABS, or risk losing control of your vehicle.

A player on a wheel and pedal setup may be able to follow the braking lines more closely, but players relying on ABS to stop their car will need to play these situations far more conservatively. 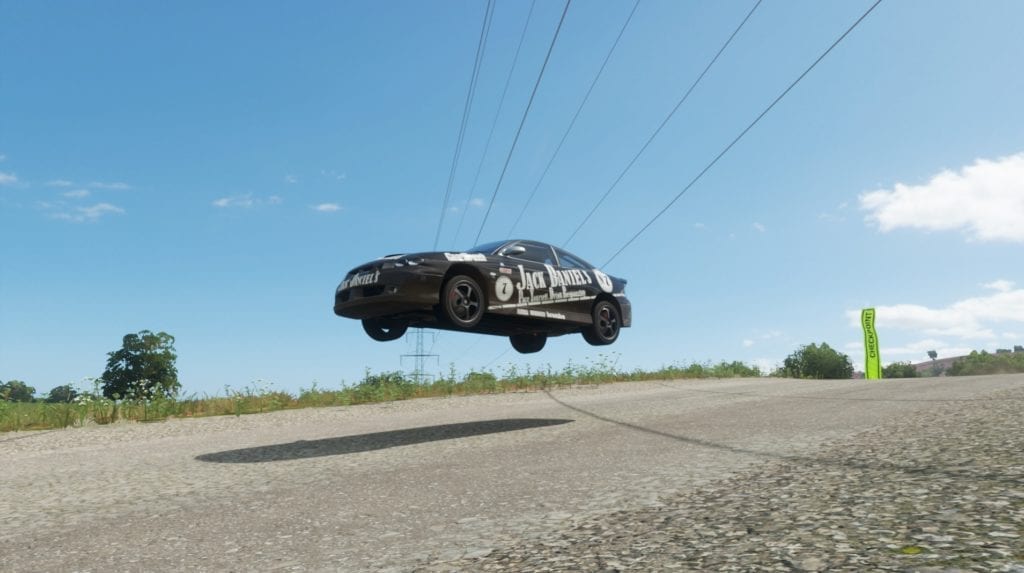 Tip 5: Know your car and manage your aspirations

Sorry, couldn’t resist the pun there. But it’s true, knowing your car is one of the biggest keys to success. The biggest, and I mean BIGGEST mistake I see online in Forza Horizon 4 are over-tuned cars being driven like they are golf carts.

Not every car gets better when you add more ponies under the hood, especially when you must deal with a turn of any kind. Learning your car and how to drive it is much more a question of experience than knowledge, but I can set you on the right path in terms of what to look for, along with some general tips.

I’m going to use an example to help kick off this explanation.

The last co-op seasonal championship I played was the S1 Modern Muscle dirt racing series. I ran it twice with two different cars. Once with the Vauxhall Monaro, and once with the Dodge Challenger SRT Hellcat. Both cars were rated at S1 900, both cars were converted to AWD, both cars had rally tires, and both cars had supercharged V8 engines. Yet despite that, they both drove entirely differently. The Monaro, with its higher center of gravity and thinner, longer wheelbase, was a wild animal.

The back end kicked around like a white-tailed deer, the weight to the car made controlling a slide feel like wrestling a whale, and hammering the brakes was just asking for all of these awful things to just get amplified. It made up for these weaknesses with one heck of a charge on straights though.

Meanwhile, the Challenger, with its wide-body kit and low center of gravity, was a dream to keep under control. It attacked corners like a predator cutting in on its prey, it was stable despite the conditions, and I could just hammer the pedals into and out of corners without worry. It may not have had the same raw frightening power as the Monaro, but it was still no joke, and handled that power much better.

I came in first in every single race with both cars. I managed this because I knew the strengths and weaknesses of each one.

With the Monaro, I braked early going into corners, and treated the gas pedal like it was an angry snake I was trying to tame. I waited for my straights, took advantage of the opportunities, and then played it conservatively on the corners and jumps, concentrating only on controlling my car.

As slow as it may feel to drift calmly around a corner, I assure you it is far slower to crash or lose control. With the Challenger, I pushed aggressively into and out of the corners, following the braking lines a little more closely and taking full advantage of that better stability that the lower center of gravity afforded me. I was a little conservative on the jumps, but still far more aggressive than the Monaro.

There are many factors that need to be considered when looking at your car and how it might handle braking, cornering and accelerating out of the turns, but there are three major ones you must always consider. Two of them, weight and downforce, are fairly self-explanatory. The last however, is aspiration.

The aspiration of your engine will have a huge impact on how your car handles coming out of a corner. Adding active aspirations to your car like a turbo or a supercharger will give you more effective power overall, but it can also make your car harder to control. On top of that, not all engines are created equal either, and you may find yourself preferring certain engines over others as you start to learn the differences in how they handle.

Twin Turbos are the worst for handling. They take a moment to spin up and add a raucous burst of power when they do, increasing the odds of a spin out when accelerating out of a turn. A single turbo can be much easier to handle, and can even be advantageous in some situations, like when driving on loose surfaces where grip is always tenuous at best, but can still be a little rough for accelerating out of turns.

A supercharger will give you a more immediate boost in power, but that isn’t always a good thing, as it can invite less grip off the line or out of the turn. Nothing is easier to handle than a naturally aspired engine. It may not be able to reach the power peaks that an active intake can, but it will smooth out your starts and turns, and overall make you feel much more in control of the vehicle, especially on tarmac where maintaining grip is a question of skill, not luck. 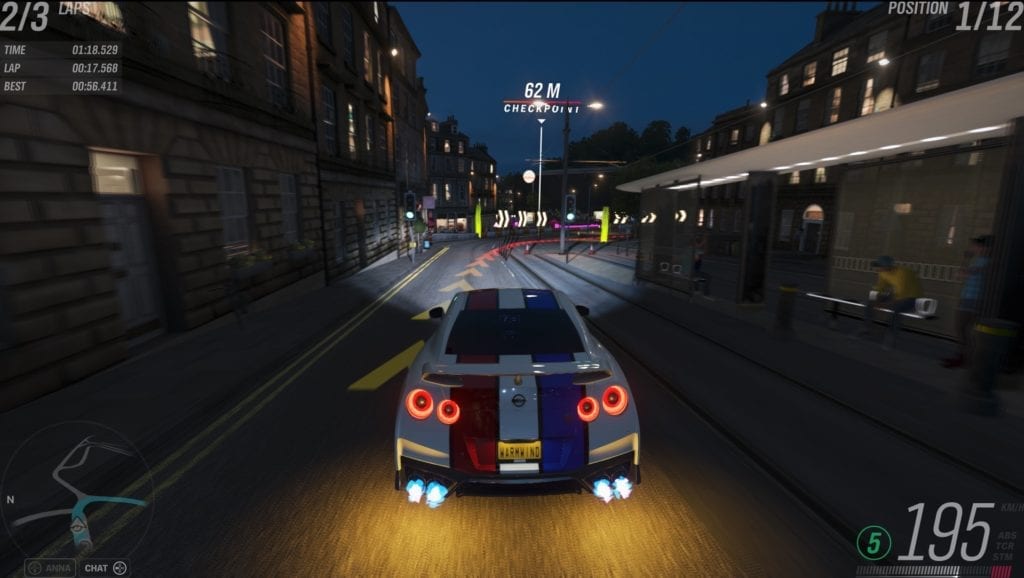 Your tires can only handle a limited amount of force before slipping. When you are turning, some of that limited force is used up in preventing lateral movement.

Keeping yourself straight will enable a driver to utilize the full stopping and starting power that their tires will allow. So, if you realize that you’ve passed the point when you needed to start braking, brake but don’t turn.

Yes, you will take the turn wide, but you’ll keep control of the car and manage to get out of the corner a lot faster than you thought you could.

There you go, six tips to help give you an edge in the wild and crazy open world of Forza Horizon 4. They won’t save you from the rammers and the corner bombers that can plague some races, but learning and knowing them will give you an edge at claiming and maintaining a lead on the competition.