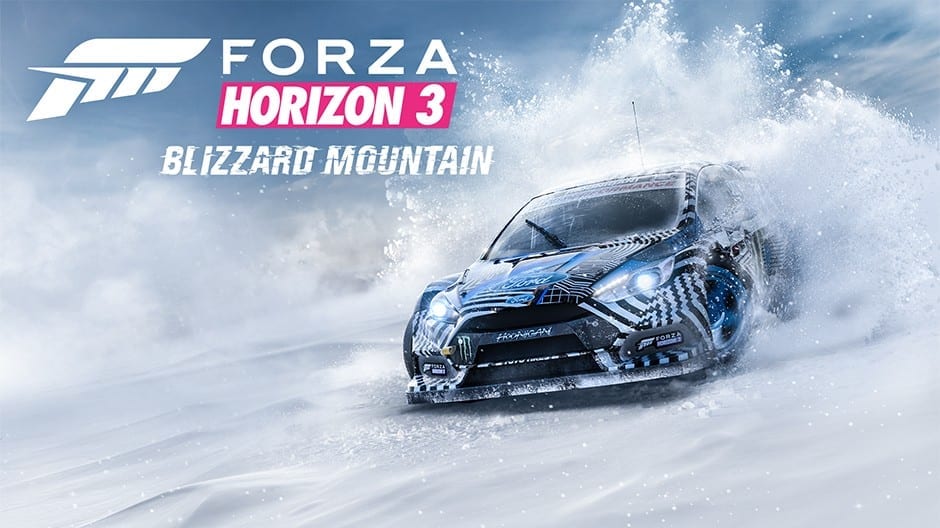 Forza Horizon 3 Blizzard Mountain Expansion Pack is scheduled to arrive on December 13, featuring snow, ice, extreme elevations and blizzards to challenge players in their quest to become the King of the Mountain.

Become King of the Mountain
This brand-new campaign challenges players to compete in a series of thrilling events with the ultimate goal of becoming the King of the Mountain. With more than 50 new events and challenges to compete in, the expansion tests drivers’ skills across extreme weather and brand new race types, including Hill Climb, Descent and Blizzard race events. In addition, players will be able to take part in new Bucket List, Blueprint and Rivals events, as well as earn 28 new Xbox Live Achievements worth 500 Gamerscore points.

Blizzard Mountain also introduces seven brand new vehicles to the game (plus the aforementioned Barn Find), including the incredible 2016 Ford GYMKHANA 9 Focus RS RX, the 2016 Nissan Titan Warrior Concept, classic rally cars and more. In addition, when exploring Blizzard Mountain, players will be able to choose snow tire upgrades for any of the vehicles in Forza Horizon 3 to prepare them to take on a wide range of thrilling driving surfaces.

Below are the new cars coming to the expansion: