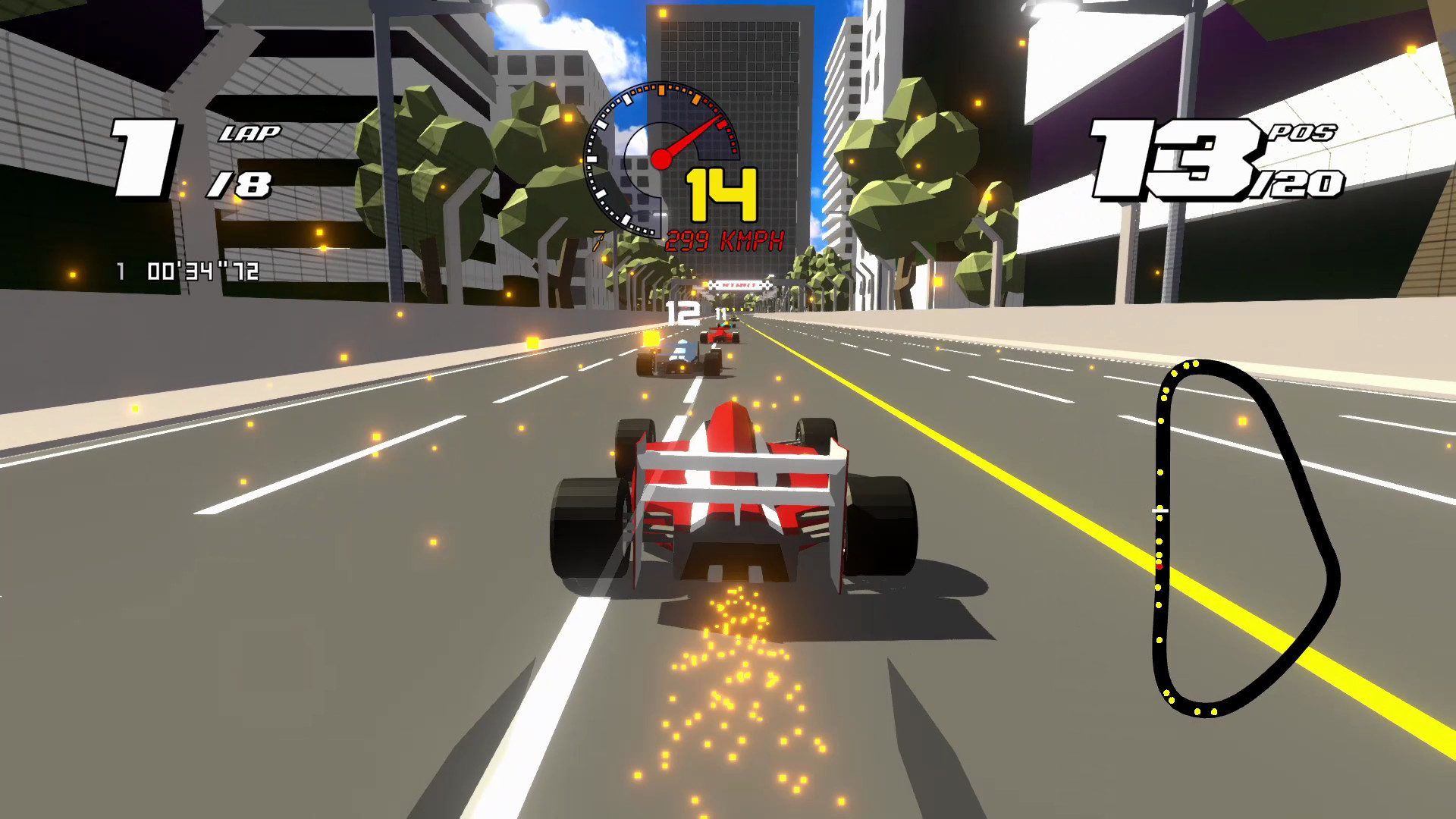 Repixel8 has announced their 90’s retro styled arcade racing game, Formula Retro Racing is scheduled to arrive for the Xbox One and Steam on May 15.

Excited to announce that Formula Retro Racing will be coming to Xbox One and Steam on 15th May. Stay tuned for other platform announcements. https://t.co/vpJ8UBLtB6https://t.co/bRxrXGqLYG#indiedev #gamedev #RETROGAMING #indiegamedev #arcade #lowpoly pic.twitter.com/rSiNvIo7ma

Featuring the fast and exciting gameplay that the genre is known for, Formula Retro Racing captures the essence of the old school racing games with crisp low poly visuals, retro soundtrack and high speed action.

Race through a diverse range of tracks across various game modes to beat your personal best times and compete in the Formula Retro Racing leaderboards.