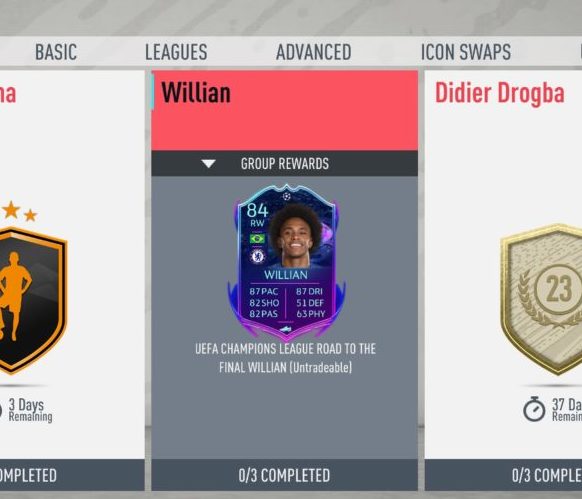 FIFA 20 released a Willian SBC today after he beat out Vinicius Jr. in a fan vote.

It’s the only major update today, and it’s of course leaving some fans chapped as they wanted the speedier Vinicius Jr. — who also probably would have been cheaper to complete. That said, the EPL usually wins popularity contests. 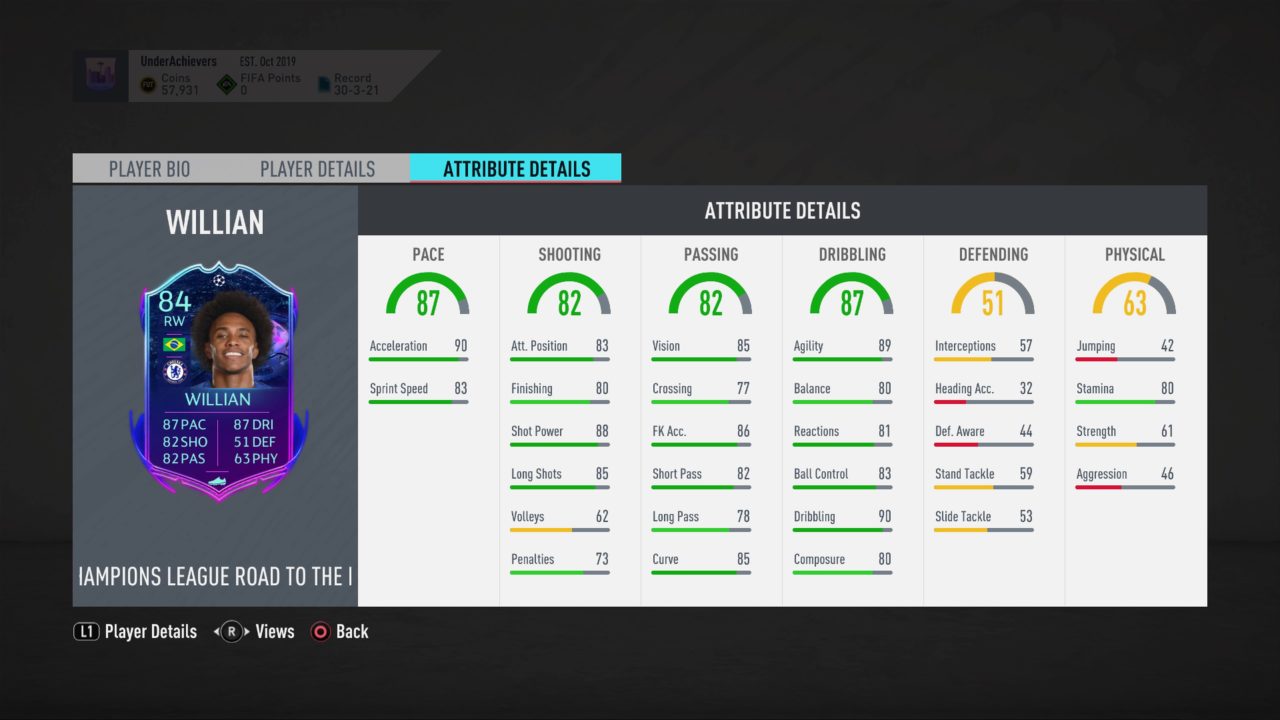 The Willian card looks pretty good, and of course the hope is Chelsea gets through a couple rounds of the Champions League and his ratings get a further boost. His high/high work rates are not ideal for a winger to me, especially since his defense is soft anyway, but everything else here looks useful. He’s four star, four star as well (skills/weak foot), and since he’s a Brazilian EPL player the chemistry links are bountiful. 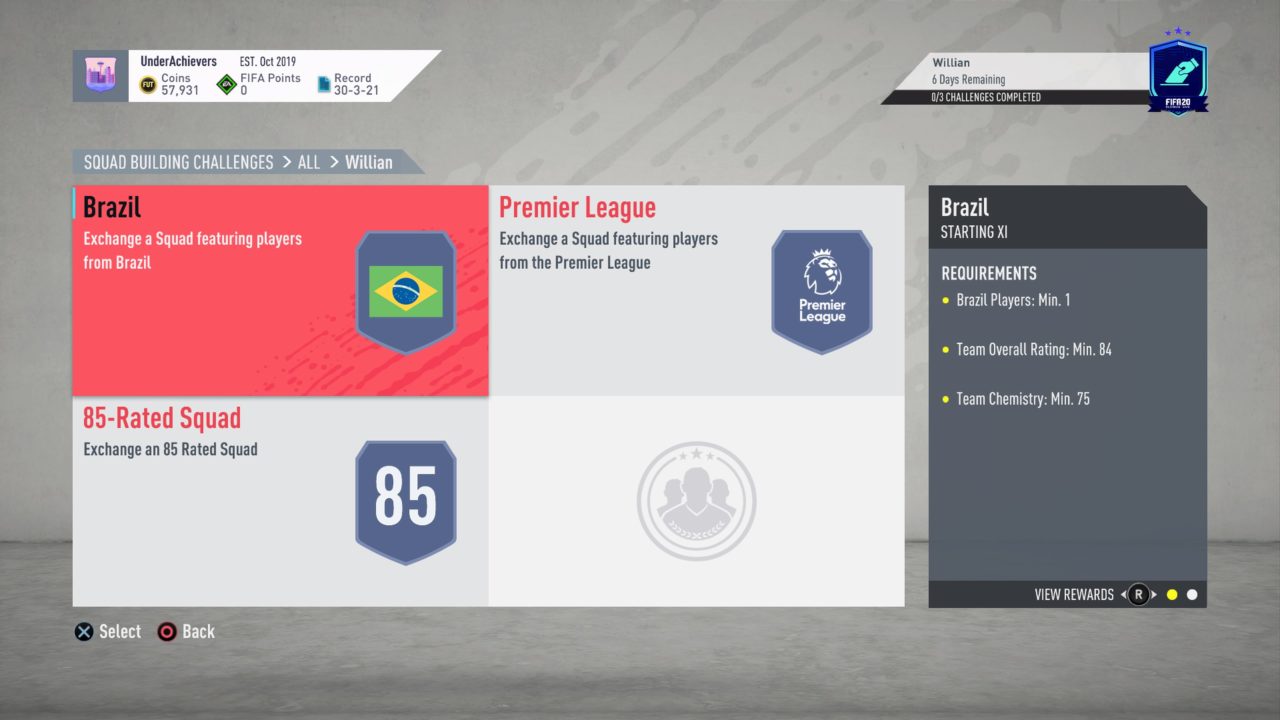 Of course, cost is always key here. Right now on FUTBin the total to complete his three challenges is roughly 185K. Considering the state of the market (it’s still down), I think that’s a bit much. You get a Rare Gold pack, a Rare Electrum Players pack and a Mega pack for completing these challenges so there is that to offset the costs as well.

Beyond Willian, the focus turns to Team of the Week predictions. EA has mostly steered away from putting some of the “big boys” in this pack this season, even when it’s expected that they’ve been good enough to be included. Perhaps that could change tomorrow with Messi finally getting a new in-form card, but only time will tell. On top of that, there’s a chance we could get a Player of the Month SBC tomorrow (presumably Ligue 1) but that’s to be determined as well.