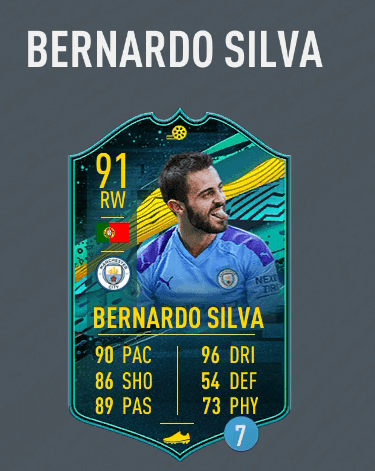 As expected we got all the FUT Team of the Year cards back in packs today, and they will remain in them until January 14. On top of that, we got our weekly dose of updates that come following Rivals rewards. Lastly, we did get a new Flashback SBC.

Bernardo Silva can be acquired in loan form as well as his normal form. He has three challenges associated with his Flashback card.

The cost is right around 320K from scratch, according to FUTBin. The packs are tradeable, so you do get 100K roughly in packs back. It’s no guarantee you get anything good from those packs, but at least it offsets some of the cost. I think this is slightly overpriced, but it’s close to being true value. On top of that, you do get someone who is not hard to link from a popular league.

The total cost is right around 23K from scratch on PS4, and you get a Prime Gold Players pack for finishing all four matchups.

You get a Premium Gold pack from this one, and it’s about 2.5K to knock out.

FUT Team Of The Year Challenge

You get an Electrum Players pack from this challenge, and it’s about 4-5K to finish.