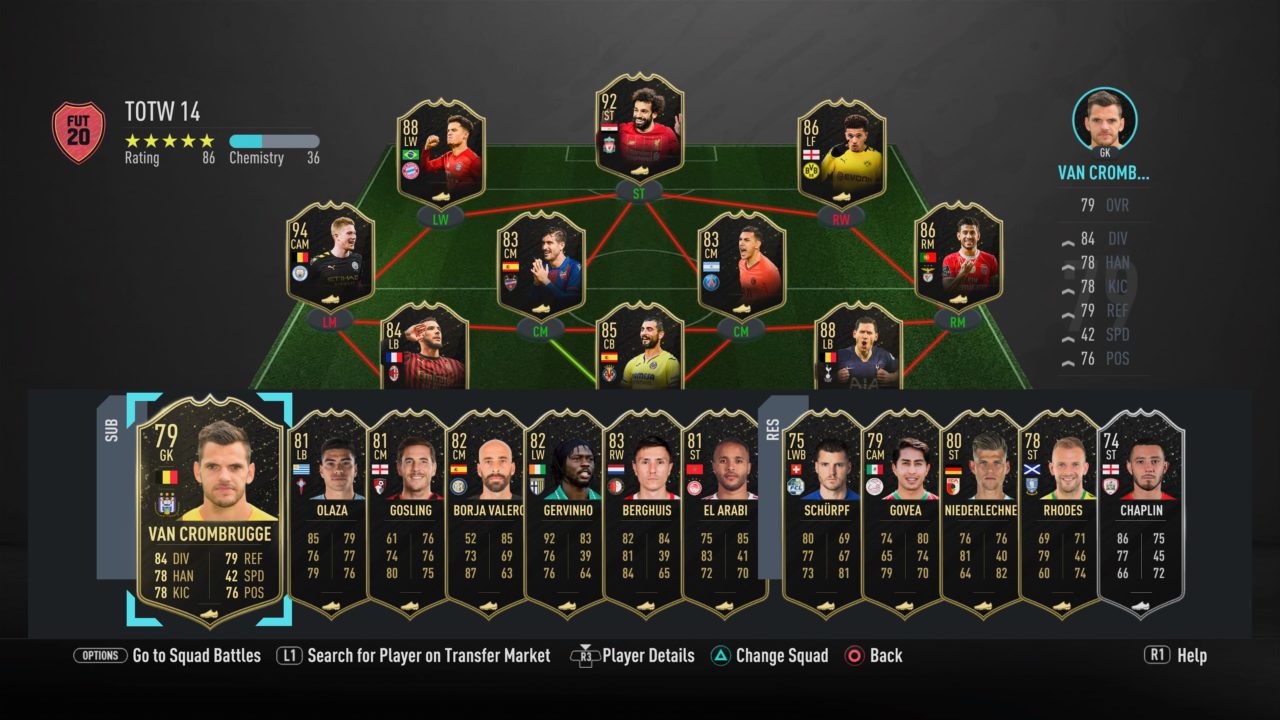 With Team of the Week 14 in FIFA 20 FUT, it would probably be more exciting if we weren’t getting a bunch of players who had not recently received other upgrades and other versions. That being said, it’s not a bad group to have live when waiting on those FUT Champs red picks tomorrow. Below you can see a bunch of the heavy hitters.

Team of the Week 14 Squad