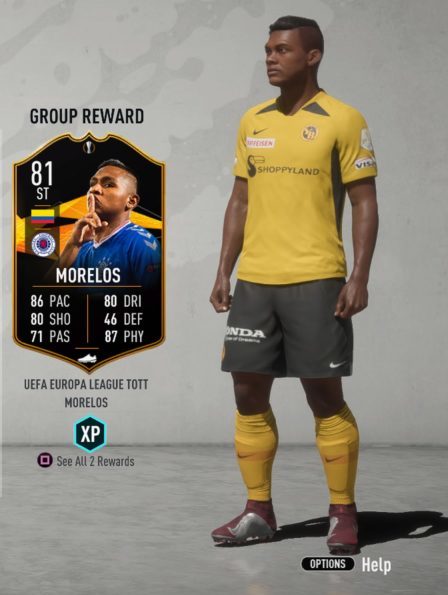 You will have four days to knock out a set of player objectives to get an 81 overall Team of the Group Stage Alfredo Morelos. 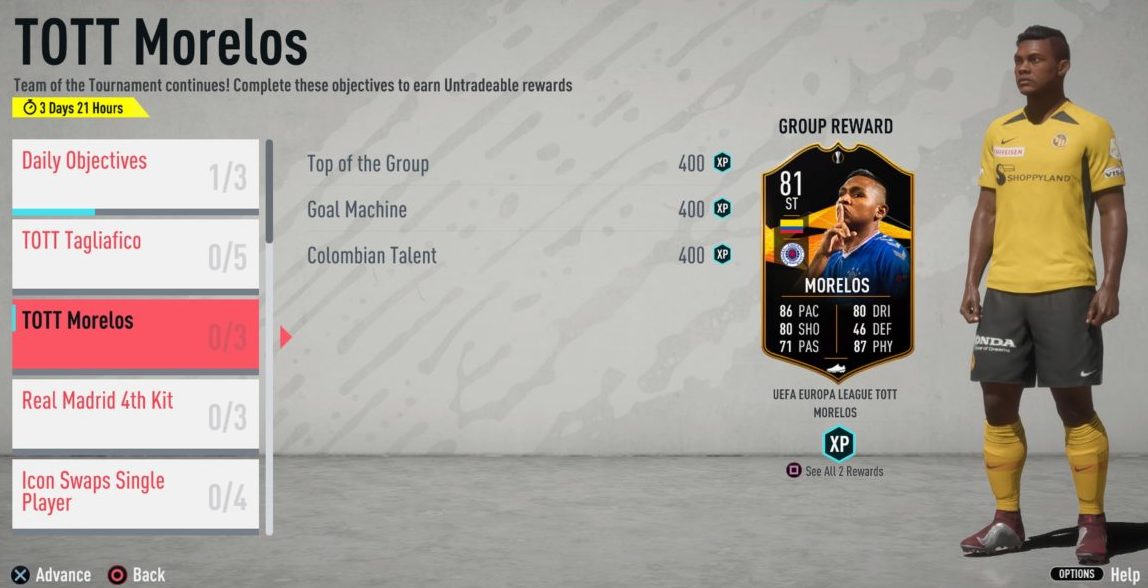 Top Of The Group

Hooray for finally tying this player objective to something other than Rivals and Squad Battles. Please EA, do this more often.

As for the card itself, Morelos is a three-star skills, four-star weak foot Colombian striker from the SPL. He has medium defensive work rate and high attacking work rate. He has 86 pace, 80 shooting, 71 passing, 80 dribbling, 46 defense and 87 physical.

It’s hard to love this card. A Colombian squad is something that can be put together, but this feels properly statted for an 81 overall — that is, he’s not some sleeper. He’s 5-foot-10 with 90 balance and 91 positioning, so that is where he will make his money. However, the 67 agility is really bad, and he’s just not going to be someone who makes a lot happen in tight spaces. His long shots being weak and the finishing only getting to 84 means he would ideally be a playmaker who holds up play, so he may make more sense as a midfielder. But he’s a really bad defender, so I would focus more on boosting his playmaking with a chemistry style and let his strength on the ball allow him to make some passes to your better finishers. 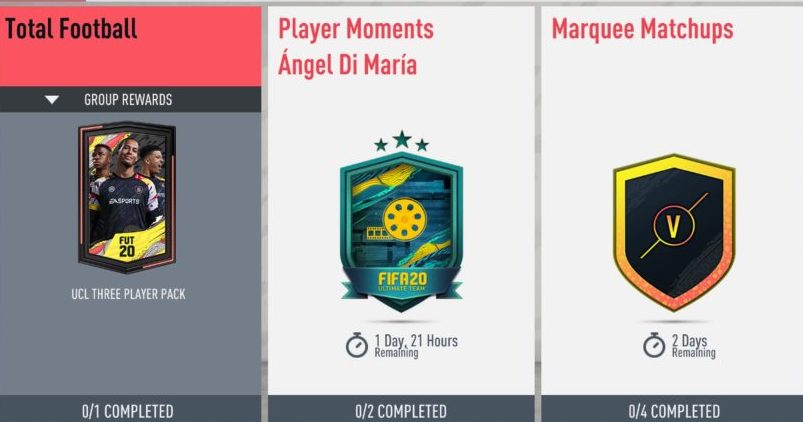 The new SBC today is Total Football. For about 4.5K you can finish this puzzle SBC, according to FUTBin.