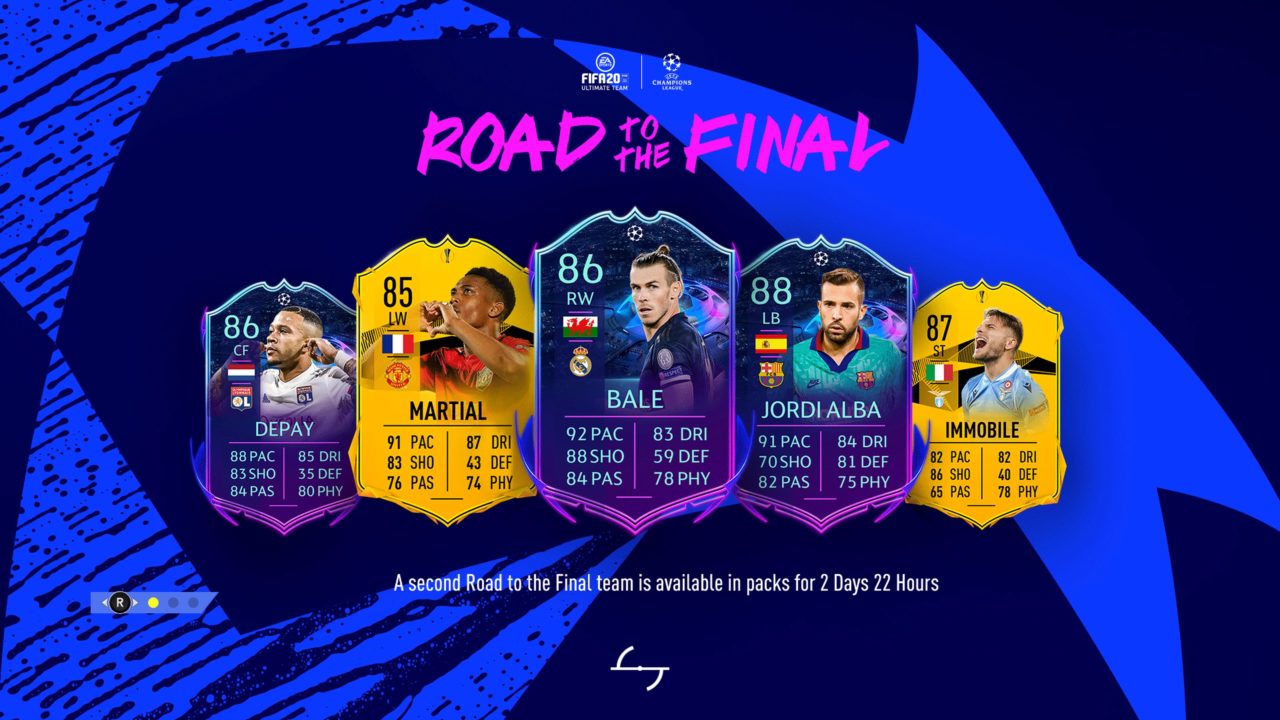 We got the expected second set of Road to the Final cards today, and overall I like what happened with FUT today because it felt a little different overall. Different is good at this point in the cycle. 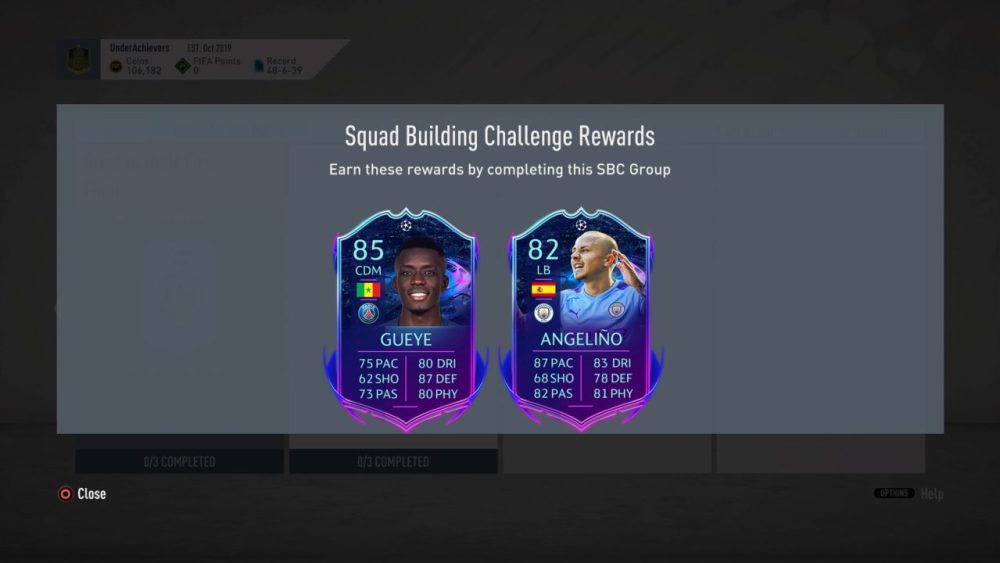 Before getting to the Road to the Final cards, let me point out the twist today on the “Road to their First Final” SBC challenge. You get a player pick.

Now, the SBC will still cost about 230K to do as of now, according to FUTBin, but choice is good here, and I hope we see more of these sorts of SBCs moving forward. Now, would I spend 230K to do this challenge? Probably not, but let’s still talk about the cards.

I first have to talk about Idrissa Gueye as I imagine this will be the card more people focus on first. As a PSG midfielder, he has potentially important links, and there’s always hope this is the year PSG figures it out in the Champions League. If they go far, this card will be certifiable. If PSG goes out early, this card still looks pretty good, but it truly is defense-oriented. It has nice agility, great standing tackle, and some long shot potential, but otherwise it’s meant to stop counters.

The Angelino is a pacey Premier League Spanish player, so it has appeal on that front. Also being on Manchester City means there’s certainly potential here for the team to advance in Champions League. If they do advance, this probably ends up as the best LB in the Premier League.

Again, the issue is cost, but both these cards have some solid upside potential. 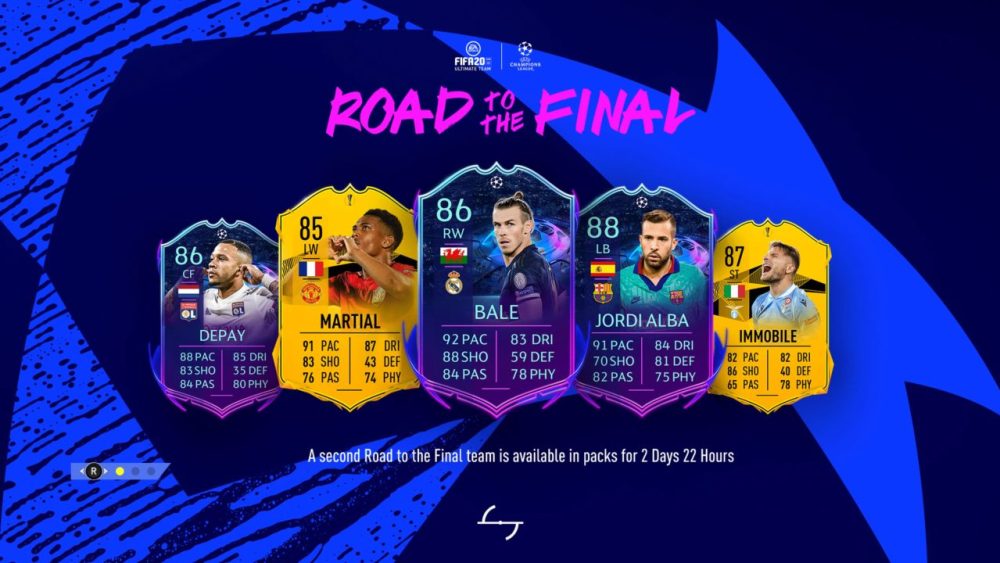 As for the normal Road to the Final cards, these new cards will only be available for the weekend. I think this set is less exciting than set one, but there’s still some incredibly expensive cards in this batch right now. The cards are Hugo Lloris, Jordi Alba, Marquinhos, Ciro Immobile, Gareth Bale, Leon Goretzka, Memphis DePay, Anthony Martial, Lucas Torreira and Thomas Partey. Bale is going for over 1.1M (more on that in a second) and Martial is at 650K.

Bale you especially have to be careful of because if he gets moved during the transfer window, his card would not get upgrades anymore. The other issue with the Bale is EA updated it later in the day and he’s not selling at his 1.1M price — he had climbed to 1.6M at one point. In general, all these cards are worth as much as you trust the teams they are on in Champions League.

I assume we’re going to see this SBC one upgraded quickly since he already has an IFhttps://t.co/A38XITv4L4 pic.twitter.com/So9GzNV29h

The other SBC ties into Alejandro Gomez. Atalanta is not going to advance in Champions League, but if the team gets third then he does go to Europa League. I don’t know how likely that really is either, but this card I like even without upgrades. It’s a very strong offensive card, and the price is about 140K as of now, which isn’t too bad. Overall, I like this SBC more than the first, even though I love that a choice SBC is a thing now. 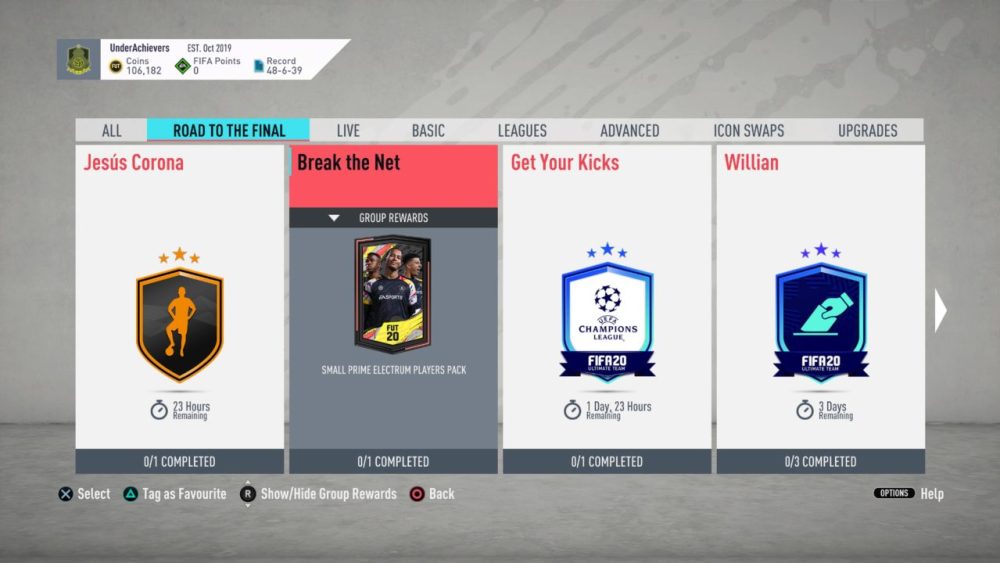 The other two SBCs (Break the Net and Get Your Kicks) are both very cheap so do them if you want to rip some more packs.