Today we got a new League Player objective, and if you feel like gambling (don’t do it!) there’s a new (old) SBC that has returned as well: the Base Icon Upgrade.

Starting with the long road to get League Player Leandro Trossard, you will need to get a goal in two Rivals wins with each Premier League team. So that’s at least 40 Premier League wins while scoring at least two goals with each EPL team. Woof. There’s no set time limit on this one, but this is another misuse of the Rivals sub-mode.

Again, this should be a mode about climbing the ladder, but instead you get some people trying really hard to win, while others are simply using compromised teams to try and knock out objectives. The idea of these challenges is to get you to use players you might not otherwise, but putting that concept in a mode where you get better rewards if you win and move up the ladder is counterproductive.

With the Politano card, at least you just needed to score goals with Serie A teams, the wins and losses were irrelevant. This means you could sometimes come to a gentleman’s agreement with your random Rivals opponents and just have 10-9 games while scoring with a whole bunch of varied Serie A teams. That is obviously not an option here.

As for the card itself, it’s okay. He is 5-foot-8 with four-star skill moves and weak foot. He has medium defensive work rate and high attacking work rate. In comparison to his base gold card (79 overall), you get +6 pace, +5 shooting, +8 passing, +6 dribbling, +5 defense and +10 physical.

Diving deeper, his acceleration goes to 97 and agility goes to 98, but his sprint speed is just 81. In other words, this card should be good in tight spaces but maybe not in a straight line. He also gets 88 composure, 92 balance and 85 ball control. His jumping is also 99, which I feel the need to call out even though his heading accuracy is 74 and he’s 5-foot-8. Lastly, he has 69 strength and 84 stamina.

The development team also made clear a distinction today:

League Player Items will have an additional upgrade opportunity. The Storyline Item is static.

This means Trossard could go up in rating, but the “Storyline” players — the ones you get from leveling to 30 for each season — cannot get an upgrade. This hurts the appeal of grinding to level 30, but does raise the appeal of grinding out the brutal amount of wins it will take to get Trossard. Plus, those who have already done someone like Politano do have something to maybe look forward to later this year. 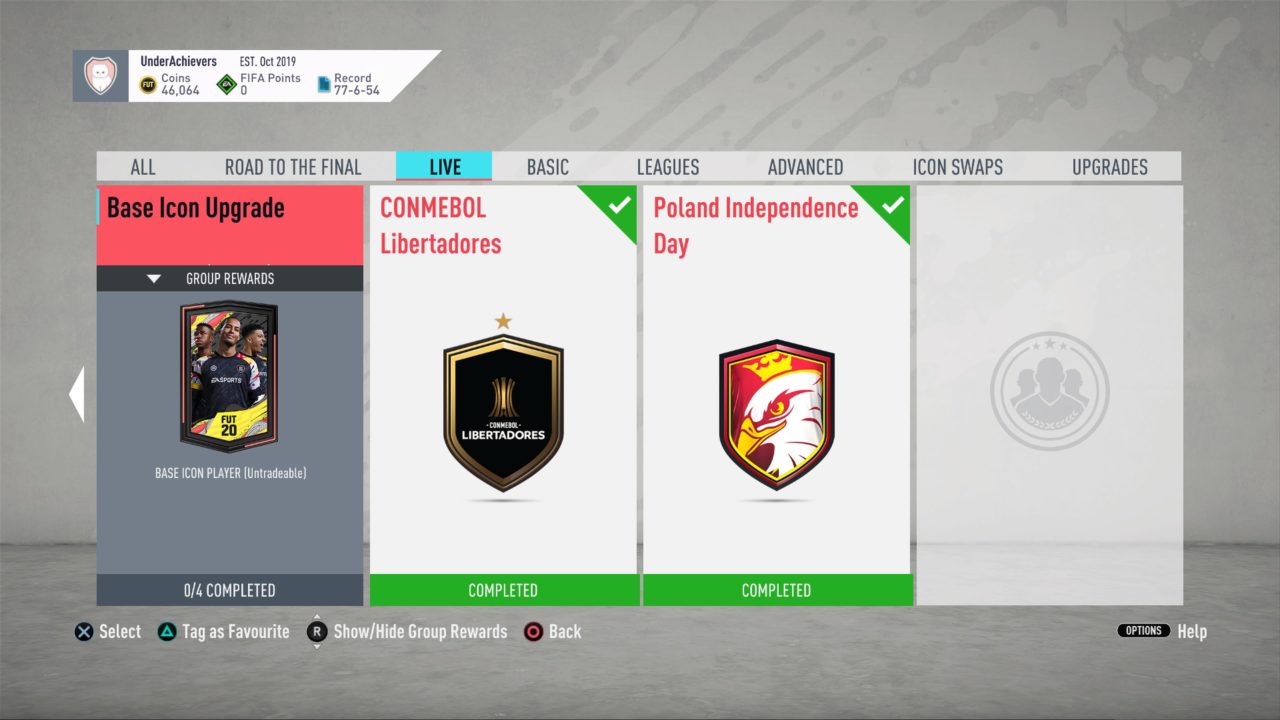 Elsewhere, the Base Icon Upgrade was introduced back into the SBC selection today. If you trade in a team of 83-rated players, two 86-rated teams, and an 87-rated team, you can get an untradeable base icon. The chances you come out ahead here are slim, and it will take a lot of sniping on the marketplace to even make it so it’s viable to come out ahead in most scenarios. If you want to do this to get an Icon then fair enough, but you’re better off just buying an Icon in the marketplace. It will most likely be cheaper and take much less time.

Lastly, the newest set of Weekly Objectives are now live for those who are still pushing towards level 30 for this season.