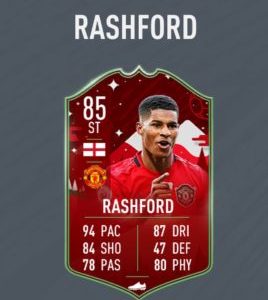 Two more SBCs for us on FUTMAS day four, and one of them is actually affordable this go around. The two players we can unlock are Marcus Rashford and Jeison Murillo.

Marcus Rashford was a very popular FIFA 20 FUT player at the start of the year, and you still see him kicking around from time to time. His SBC cost is 275K right now, according to FUTBin. It’s a steep price to pay, but he does have his fans so I think more people will do this than I would expect. His loan card is cheap of course if you want to try him out in FUTMAS form.

Jeison Murillo is the other SBC, and he’s going for 48K right now, according to FUTBin. The one unfortunate aspect there is he does not have a loan version you can complete to try him out. He’s still arguably overpriced, but if you have the SBC Cuadrado it’s a green link there, and this Murillo does have some unique qualities that I will touch on when I review these two players.

Nothing else to report today for FUTMAS day four.