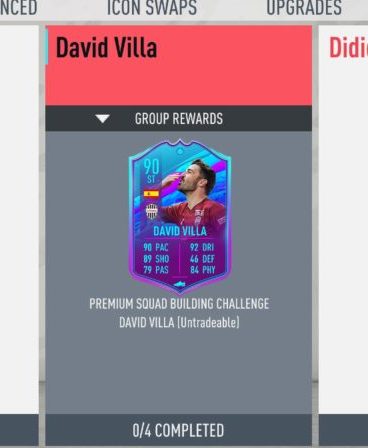 Black Friday creeps closer, but in the meantime the FUT team released a David Villa Player SBC. It looks like a promising card, so let’s look a little closer at it.

I’m not even going to compare this version to his base gold because that card is a 79 overall. Here you are getting 91 sprint speed, 87 acceleration but just 77 agility. The shooting looks great, his ball control at 95 with 95 composure is unreal. He also gets 90 heading accuracy with 85 jumping. Now he’s only 5-foot-9 but that’s a positive and negative. Smaller players are a little more dangerous this year, but he won’t be able to use his heading skill quite as much. 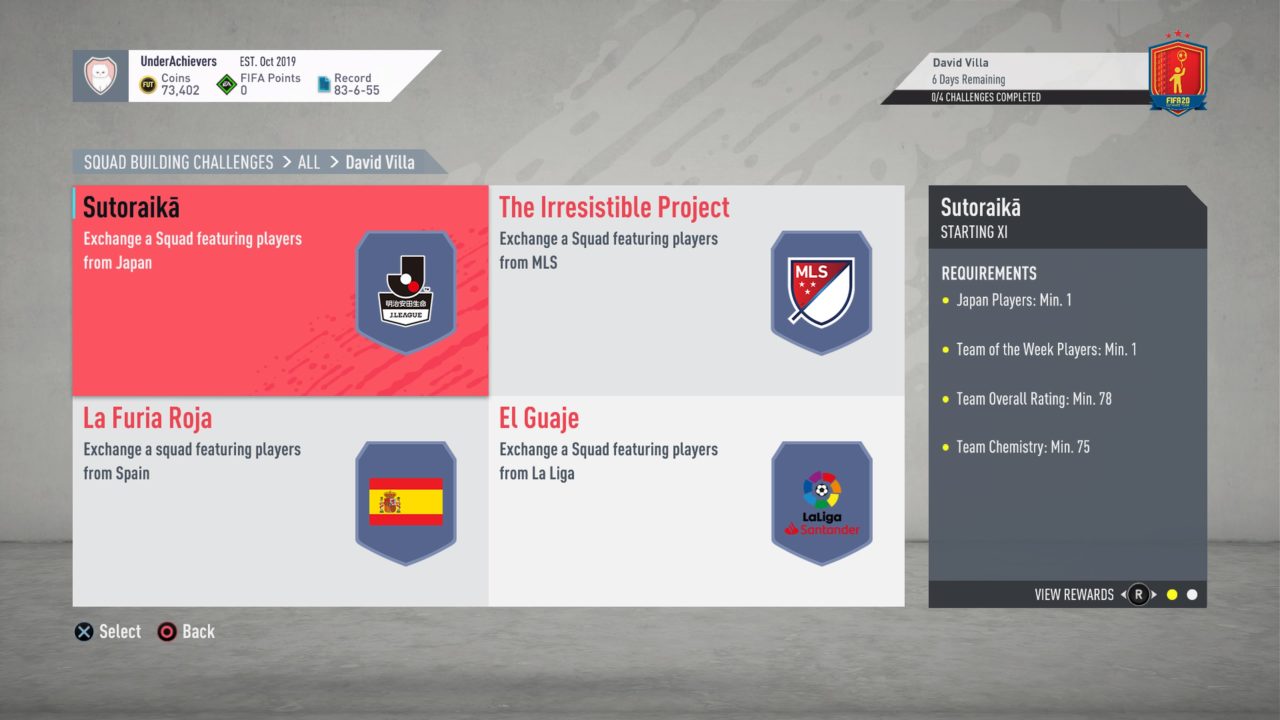 In terms of the challenges, there are four of them, and it will cost you about 260K to do them from scratch, according to FUTBin. From the two challenges relating to 85 overall squads, you will get a Rare Electrum Players pack and a Mega Pack to help and offset some of the cost.

You will have until just after Black Friday to complete this SBC, so it’s worth considering holding off until the assumed market crash next week, which will make doing some of these SBCs much cheaper. The other small issue here is this card does relate to the J1 League, which is not exactly ripe with top talents. That being said, he still links with Spanish players and Icons, and this card is meant for specific squads anyway. It’s not some end-game card, it’s a card for the David Villa fans, and those who want another pacy menace who will be strong on the ball and drill top-shelf shots in the clutch.