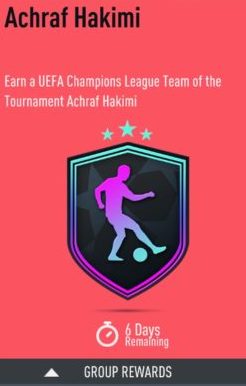 Another day, another Team of the Group Stage player SBC to scope out in the form of Achraf Hakimi. (Plus, I need to catch up on one missed player SBC as well.)

EA has been doing a better job with player SBCs as of late, and people really were chirping for a Hakimi Team of the Group Stage card after his stellar performance, but this is most likely not the card they wanted.

Hakimi has three-star skills and a two-star weak foot, and overall this just is not enough of a departure from his normal defense card. When compared to the position-changed Team of the Group Stage Cuadrado, it also does not have much appeal in curveball lineups. I can’t blame EA for going with Hakimi in midfield as he was playing winger for Dortmund while Cuadrado played defense, but they did not give him good enough offensive ratings to go with the pace to make it interesting. His defense also is not so overwhelming that you want to custom tactics him into the middle of a midfield as a CDM either.

The other thing here to consider is that even if EA had boosted Hakimi’s ratings further, the developers have not changed anyone’s weak foot or skills this year. So he still would have been maligned with a two-star weak foot even if he had received better ratings.

At 20K, he’s not going to provide a great return on investment, and so he’s a pass from me.

With Munir El Haddadi, you get four-star skills and a three-star weak foot. The problem with this SBC is more cost and requirements than the card itself. Getting an untradeable 82 after trading in an 83-rated team is less than ideal value even if you’re using untradeables to mostly knock it out.

On top of that, I don’t really know where this card fits in as being overly interesting. Munir has good work rates at low defense and high attacking, but he doesn’t even really seem like a very intriguing super sub. Perhaps the one spot where he’s interesting is for those who are looking for pure Serie A teams who want to run something like a 4-3-3. Outside of in-form Ronaldo, Munir would be as good as any “normal” LW in that league as of today. However, I have a hard time believing you would use a Serie A team and restrict yourself to 4-3-3 when there are much better ways to maximize talent in that league (assuming we ignore custom tactics). 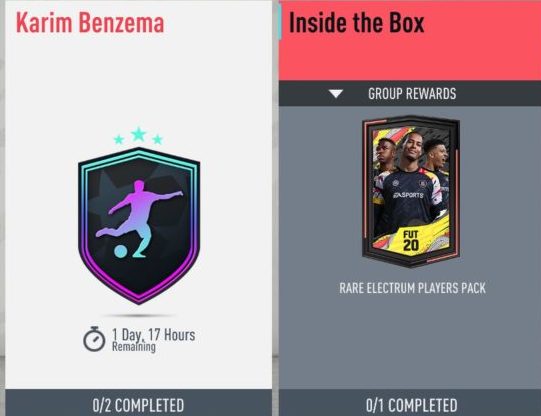 The other SBC to make note of was Inside the Box.