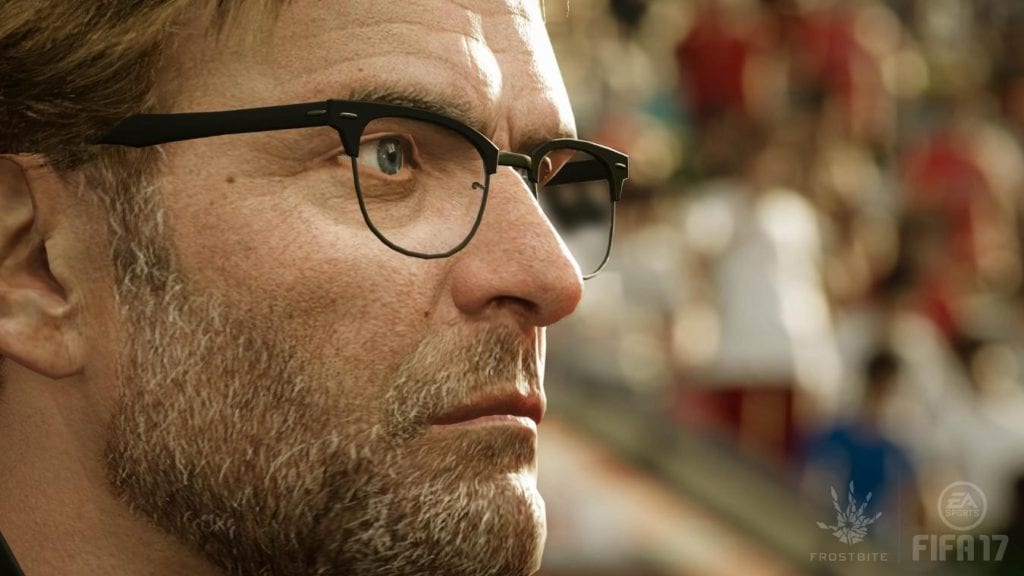 What Did The Game Do Right?

It was a perplexing year for FIFA. Visually, the game excelled. From gorgeous lighting to amazing face scans, it’s easy to say that this year’s FIFA is the best looking to date. Apart from the cosmetic upgrades, FIFA 17 brought about a greater sense of physicality with its new shielding animation, even if it’s a tad bit overpowered at times.

Stylistically, for the first time since FIFA 14, Custom Team Tactics (CTT) work and allow for a greater sense of variety in career mode if you put the time in to implement them. The new Journey Mode, while shallow, was a decent first attempt at an engaging first-player mode akin to NBA 2K’s MyPlayer. Hopefully, future iterations of this mode will expand upon its concepts, allowing for less canned scripting and provide a greater variety of options.

What Did The Game Do To Change The Genre This Year?

Apart from the aforementioned Journey Mode and supporting the new Xbox One S and PS4 Pro with enhanced graphics, FIFA 17 did little to flip the footy genre on its axis. With all the major licenses in the bag, sans the UEFA Champions League, FIFA 17 was only an incremental improvement on FIFA 16. Gameplay was tightened up some with better respect to movement, locomotion, and inertia but overall gamers had to dig deep to unearth the differences between FIFA 17 and last year’s version.

What Did The Game Really Mess Up?

Despite a few additions, FIFA’s career mode has become an outdated, stale and repetitive exercise oddly limited to 15 virtual years. Unless you dedicate the time to implement CTTs, clubs will generally play the same, with the difference between great and average players barely noticeable. Off the pitch, the poor CPU roster management rears its ugly head as clubs like Manchester United will stockpile strikers while ignoring other key positions.

If you can stomach seeing Lewandoski as the third-choice striker, you’ll quickly realize that the majority of squads largely go unchanged from year to year. In the end, not only are the transfers curious, there is also not enough of them. Furthermore, with the inclusion of real-life EPL managers, there is a shocking omission of a managerial carousel meaning the virtual Alan Pardew is still roaming the Crystal Palace touchline.

Managerial objectives were introduced this year but come off as feeling rushed and counter-intuitive. Take for example the youth product objective where in order to complete it, you must have a youth product play a good percentage of matches within two years. Feasible at lower level clubs, this goal is nearly impossible to accomplish if you take the reins at say a Chelsea, Manchester City or Arsenal. While “diamonds in the rough” are rare in real life, in FIFA 17 they’re even more scarce. Finding a 17 or 18-year old capable of supplanting world class internationals is nearly impossible at any club of significance.

What Did This Game Do Differently?

Apart from the enhanced graphics, FIFA 17‘s career mode and new The Journey mode both fall substantially short when compared to other sports genres. While the online modes are still as strong as ever, the addition of the Journey Mode did little to entertain gamers after the initial buzz wore off. Until FIFA embraces a fully functional online career mode akin to Madden’s offering, I don’t think there’s much FIFA can do in terms of bolstering new, fresh ideas. Perhaps a further evolution of the Frostbite engine will bring about more than cosmetic changes.

FIFA 17 is by no means a bad game, it just wasn’t the leap most of us expected coming from an initially solid FIFA 16 –before all the patches struck. While I’m still finding enjoyment with the game, I can’t help but wonder “what if” with this title. It’s with that thought in mind that I will keep my eyes glued to the internet and hope that FIFA 18 is the game we have all been hoping to experience.