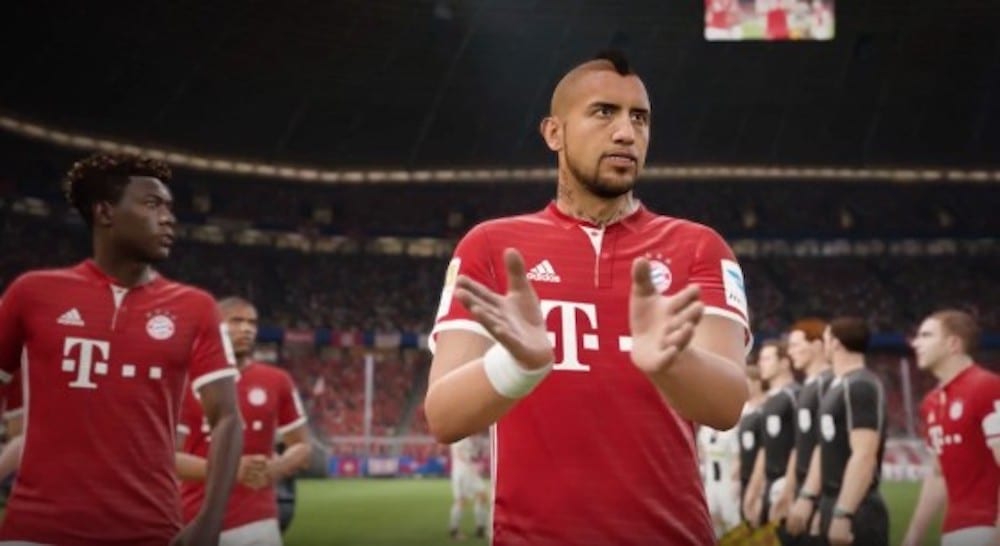 Fraser Gilbert: The FIFA 17 demo feels quite different to last year’s game, and it appears to be a direct consequence of this year’s Frostbite engine. Now, matches play out in a slightly slower and more realistic fashion, with patient, building plays taking precedence over a quick end-to-end game, particularly on the Legendary difficulty level. It took a while to get used to, but I’ve largely enjoyed the methodical style of play. I haven’t seen many goals yet, but I’m not expecting to given the short half length restrictions.

I’m still struggling to get my head around the new Set Piece Rewrite features, and I’ll need more time to get used to them. Their inclusion appears to have inspired the slightly overpowered heading of this year’s demo, which might need some subtle re-tuning. In terms of the AI, the jury is still out. On the one hand, it presents a fairly good challenge on Legendary difficulty, but it spends a little too much time passing around the back four and playing it safe, even in times of desperation. Sometimes it’s realistic, sometimes it’s not.

The new engine has dramatically improved most of the visuals, from player models to the pitch itself. Still, there are a few animations that don’t transition all that well, and the demo is a largely buggy experience across the board. Additionally, I feel like the atmosphere of each game feels a little subdued when compared to last year, and I’m still trying to figure out why that is. As for the managers, they just look a little…awkward.

Finally, I’m a huge fan of The Journey from what I’ve played of it so far. It isn’t going to cater to everyone’s tastes, but as someone who dreamed of an experience like this as a young footy fan, I’m really pleased to see it play out on my screen this year. My thoughts now turn to how lengthy and decision-related this mode will be in the full game. Kevin Groves: This demo is a mixed bag for me. While the variety of teams is strong, four-minute halves do nothing but produce a hectic experience where the CPU and human players try to get forward as quickly as possible, bypassing buildup play in hopes of chasing a result. Oddly, sliders have been removed (possibly to limit the size of the download), which has resulted in very high passing percentages for the CPU — who rather play the safe pass 9 times out of 10.

FIFA’s trademark wonky CPU dribbling is back and more overpowered than ever with the new shielding animation. When used contextually, both by the human and CPU, the shielding animation is beautiful and really plays to the strengths of strong players like Zlatan — even it is a little overpowered right now. Sadly, CPU teams tend to still play the same and the tactical options look to be unchanged, creating what can be a repetitive experience.

Visually, the new Frosbite engine has created the best lighting I have seen in a footy game to date. Textures look a little better as do player models, but in motion players tend to glide a little too much and that makes me long for proper foot planting. Still, footy games are ones in which most people use a zoomed out camera so the in-game graphics can most certainly improve. Perhaps the PS4 Pro/Xbox One S 4K compatibility will make a difference

I enjoyed my first time go-around with the Journey mode even if it’s a tad unrealistic (away to Chelsea and you’re picked over Zlatan who is seemingly third choice? Perhaps it would have been better if Zlatan picked up an injury and you came on to replace him). As a fan of first-player modes, I’m more intrigued now but can definitely see the mode getting repetitive with all the cutscenes.

All-in-all, I can’t help but wonder how much better this demo would feel with an extended half length and sliders. EA Access availability next week should give us a better idea of what to expect come September 27.

FIFA 17 Features Over 70 Stadiums, 49 of Them Are Fully Licensed
Entire List of Teams & Leagues in FIFA 17 Revealed