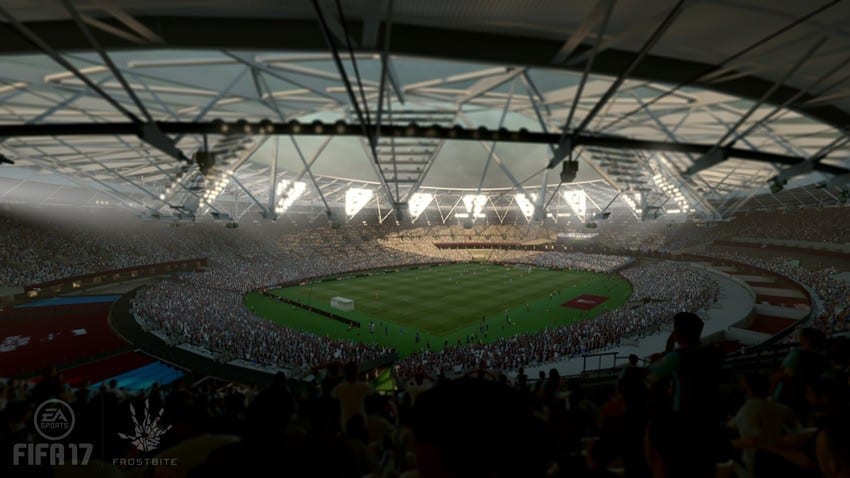 With the FIFA 17 demo scheduled to be released tomorrow, EA Sports has just posted a new FIFA 17 authenticity blog, covering the new stadiums in the game, new competition presentation, specific commentary in The Journey mode and much more.

The world’s oldest football competition, The FA Cup, will now have its own full and authentic overlay package in FIFA 17. This will reflect the competition’s real world broadcast package, meaning you’ll be able to feel the magic of the cup in every FA Cup match you play.

On top of this, we’re adding a number of pitch props and stadium dressings used before, during, and after games to mirror the real-world match day experience. These include:

Shot and touch information for key attackers will now be tracked in each match. You’ll see this information displayed on a graphic during matches, with commentators picking up on stories to discuss the narrative of the match and the performance of the players involved.

New in-game commentary analysing key talking points around league tables and cup standings makes the football world deeper and more compelling than ever. Matches will take on an even greater sense of importance as you hear commentators discuss six-pointers, surprise packages, title deciders, groups of death and much more via new in-match overlays and audio.

Play The Journey, the brand new mode in FIFA 17, and you’ll hear new commentary lines tracking various storylines which impact upon Alex Hunter. These include key milestones, matches against rival players, and key loans and transfers which directly affect Hunter’s progression in the game.

Feel that match day experience in FIFA 17 with our most realistic recreation of stadium sounds yet.

Two new PA announcers will bring the game to life, including goal scorers and lineups, while we’re adding over 500 new chants, making FIFA 17’s crowds the most vibrant and dynamic to date. New additions this year include the Icelandic Huh and many new high quality chants from La Liga, Premier League and Championship clubs, alongside the iconic Hala Madrid anthem. (Listen to it here)

We’ve added greater variety and quality in reaction animations in FIFA 17. You’ll now see your players respond with even more realistic emotion to the agony of missing a golden chance, or the glory of winning a title.

At various times during the FIFA 17 broadcast we will now focus on our authentic managers, who you’ll see reacting to bookings, missed scoring opportunities, great saves, and goals.