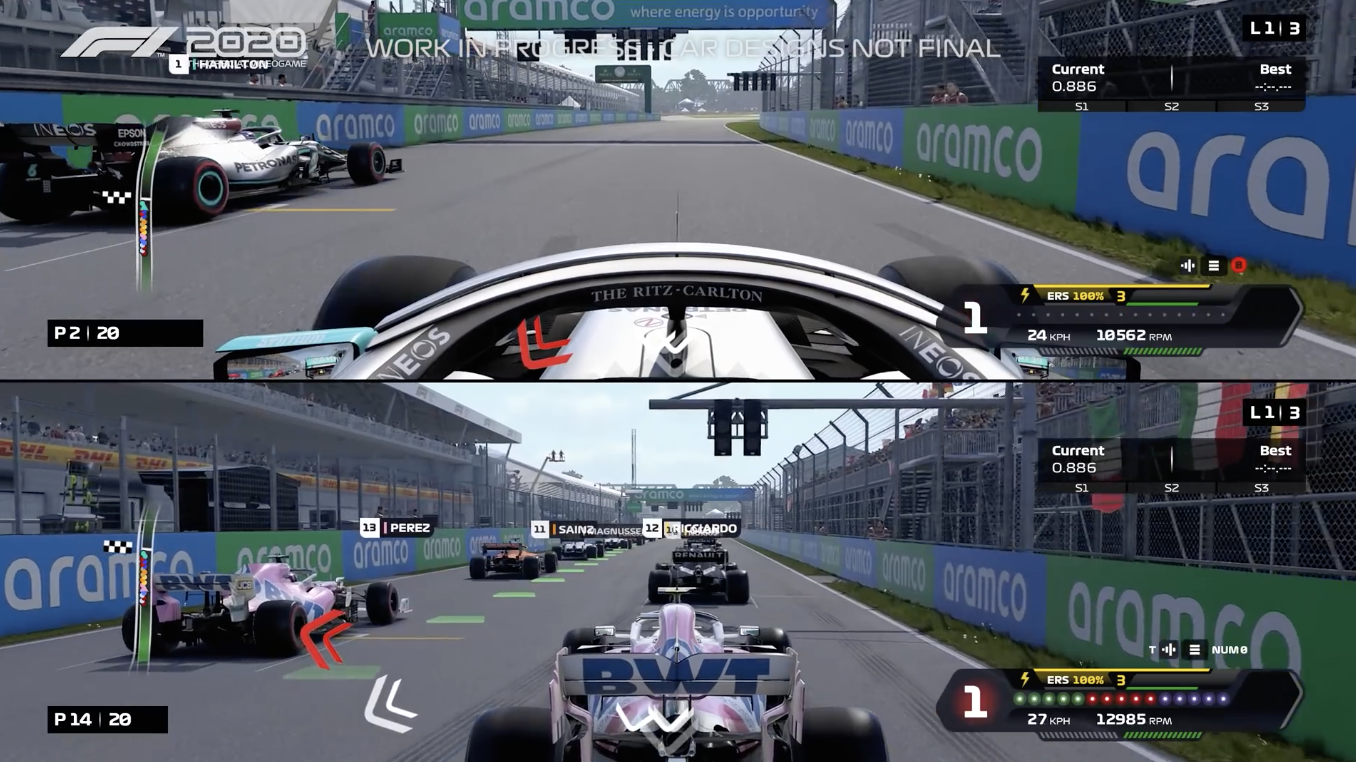 Codemasters has released a new F1 2020 gameplay video, featuring the new split-screen mode from Circuit de Gilles-Villeneuve. Ahead of this weekend’s final Virtual Grand Prix before the new season gets underway, the three-lap race, featuring both Valtteri Bottas’ Mercedes and Lance Stroll’s Racing Point, was recorded by the F1 2020 development team.

The Canadian Grand Prix has been a staple of the F1 calendar since the late ‘60s, with Circuit de Gilles-Villeneuve holding the mantle in almost every F1 season since 1978. The circuit features some of the heaviest braking zones around with a long straight before the hairpin on turn 10 and the famous final chicane beside the wall of champions on the start/finish straight.

For more social play with friends, two-player split-screen makes a welcome return to F1 2020. Captured in-game, the race shows several corner adjustments and aesthetic changes made to the Montreal track.