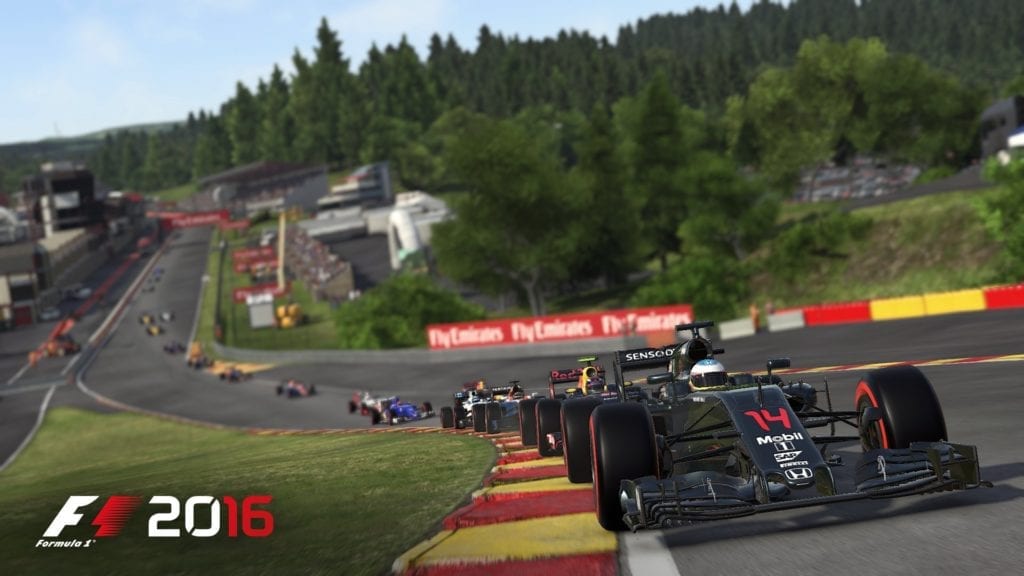 I’ve never been the biggest Formula One fan, but I’ve played my fair share of F1-related games over the years. Those familiar with these games will likely recall memories of Geoff Crammond’s Grand Prix series and EA’s F1 2002, among others.

Since 2008, Codemasters has been in possession of the F1 license, and they have built a franchise that has impressed more often than not. Last year’s F1 2016 was released in August, and OS’ own Robert Kollarsdescribed it as, “an outstanding race sim, and should be in any race fan’s rotation.” He’s not the only one who lavished praise on it, with many suggesting it might have surpassed its predecessors as the best Formula One game of all time.

Despite the acclaim, I haven’t seen it on all that many Game of the Year lists thus far. With Forza Horizon 3releasing just a month later, F1 2016 arguably hasn’t enjoyed the recognition it deserves. Of course, that’s not to suggest the game has sold poorly, topping the UK sales charts in its debut week. But, Formula One doesn’t have the same appeal across all areas of the globe, so for those of you who have never heard of Lewis Hamilton or Max Verstappen, here are three reasons why F1 2016 should be in your collection.

You can’t have a sports sim without a career mode, right? Well, F1 2015 didn’t have one. Luckily for us, Codemasters went all out with F1 2016‘s single-player experience. With it, you’re able to choose a team and compete for glory across all F1 races in a calendar year, complete with practice sessions and qualifying rounds. The depth comes in the form of upgrades that can be made to your team over time, as well as the ability to move elsewhere if a contract offer comes through.

If there’s one thing that potentially drags the career mode down, it’s that the team development system isn’t all that realistic. That said, you have control over the upgrades you implement, and no matter how you approach it, this is a multi-year mode that’ll keep you busy for a long, long time.

F1 2016 achieves an almost impossible task for a game of this nature; it satisfies all audiences. You’d be clutching at straws to suggest that F1 2016 isn’t up to par from a control perspective, and casual players are inundated with assists to help them navigate each of the game’s 21 tracks. The system is easy to get to grips with, but rewards you over time as you sink more hours into each circuit.

Even the AI is largely impressive, though it doesn’t always act in a realistic manner. You still get a good dose of CPU crashes, battles down the straights and individual levels of aggressiveness, and all of this is complimented by a simulation of speed that feels as tense and exhilarating as ever.

Formula One isn’t just about 22 drivers going around a track. The lasting appeal is found behind the scenes, and while it’s great that F1 2016 includes accurate representations of drivers, cars and tracks, you’d expect all that stuff anyway. It’s the little things that impress the most, substantially elevating the game’s appeal.

The addition of a safety car (and virtual safety car) adds a strategic element to mid-race crashes, and new pre-race laps help to warm your wheels before a race. Tire management is a key part of the game as usual, both pre and mid-race, while fuel conservation, dynamic weather and on-the-fly discussions with your engineer are all important considerations, too. As a whole, these features amount to a brilliantly immersive experience, and the game’s UI is intelligently designed to accommodate them.

I’m a huge fan of what Codemasters has achieved with F1 2016. It’s always exciting to discover a game that you hadn’t anticipated buying, and this wasn’t necessarily on my radar at the start of last year. If you have any interest in the world of racing, you need to give this one a try.