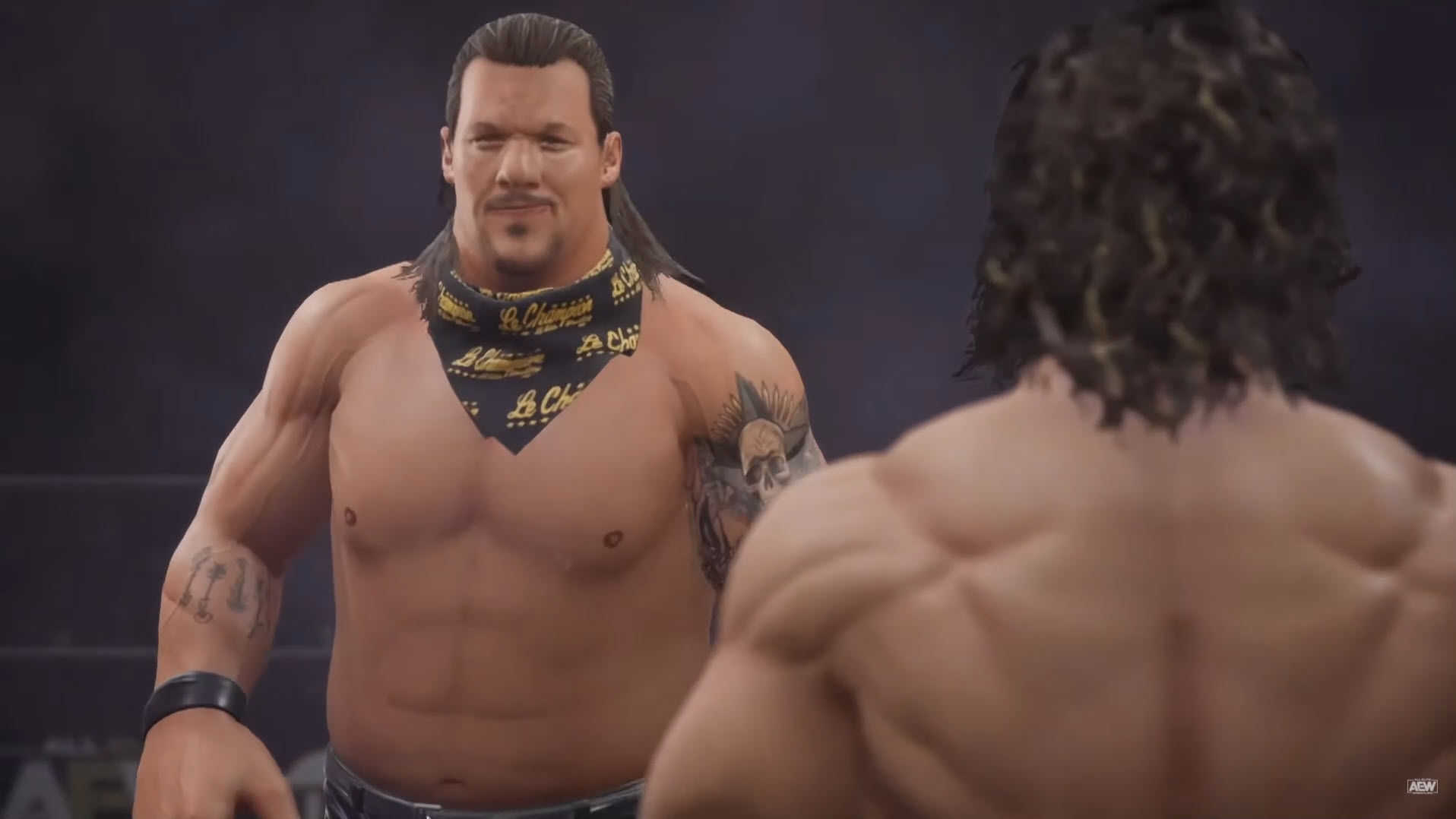 When several of the world’s top pro wrestlers decided to come together to create All Elite Wrestling, the wrestling world was put on notice. Since then, AEW has continued to grow in popularity. As AEW continues to grow, new endeavors begin to take shape. One of those is AEW Games.

First, I need to congratulate Kenny Omega, Aubrey Edwards, Dr. Britt Baker MD, Cody Rhodes, and everyone else responsible for last night’s event. Sure, it may have been delayed a bit with a few hiccups here and there, but I enjoyed the presentation.

It was fun, and felt like a parody of an Apple event, which was clearly what they were going for. But besides all the satire and light-hearted dialogue, we were introduced to three new AEW video games.

Here is my impression of yesterday’s AEW Games event.

When Yuke’s left the WWE 2K franchise to work on a mysterious project several months ago, many assumed it did have something to do with AEW. Well, here we are. And as you would expect during AEW’s big presentation Tuesday night, the words “No Mercy’ were used quite a few times — Fire Pro Wrestling too. 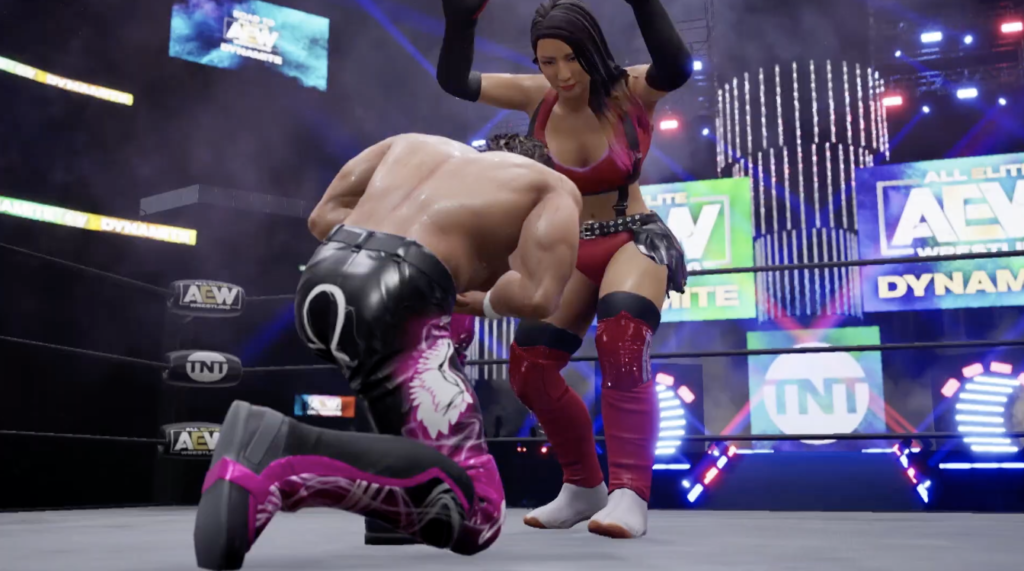 But the real main event of the evening was hearing from the legendary WWF No Mercy director, Hideyuki Iwashita. I’d be lying if I said I wasn’t ready to slam my head repeatedly against a wall like Bill Goldberg when I listened to his brief statement about his involvement in AEW’s debut game (this is a good thing).

As you would expect, what we saw is a very early look at the game.

So while some might say the graphics looked outdated, I wasn’t bothered. After all, WWF No Mercy, WCW/nWo Revenge and WrestleMania 2000 all had the same block-like characters. And while the Kenny Omega, Chris Jericho and Hikaru Shida models weren’t exactly jaw dropping, they did pay homage to the old-school style that are a part of many of our fondest memories.

Ultimately, I left this presentation with more questions than answers. I mean, we know AEW has a unique roster and has done some interesting matches during their short time. Could we see some of these implemented into the game? Will the career mode look and play similar to No Mercy? How long must we wait!?

It was only a brief trailer, but I think fans should be excited about what we saw and how it might compare to arguably the greatest wrestling game of all-time.

The concept behind Elite General Manager has been done before. Most have played GM modes, which are based around building your own wrestling promotion. We’ve seen these types of games before. But as I sat there and learned about referee Aubrey Edward’s mobile-gaming background, I was introduced to a game that would allow wrestling fans to put on a suit and tie, and book their own dream matches.

There wasn’t a lot to see of EGM, but what we did see was a game very similar to manager mode in the recent WWE games. Obviously, this is a bit more simplified for casual gamers and mobile platforms, but it looked good. The graphics were unique and made me more interested than I should be in this game.

Unfortunately, like most mobile games, it looked like microtransactions could play a factor. And I hope for a company that continues to push the boundaries and do things a bit differently, they won’t let money cripple what appears to be a promising mobile wrestling video game. 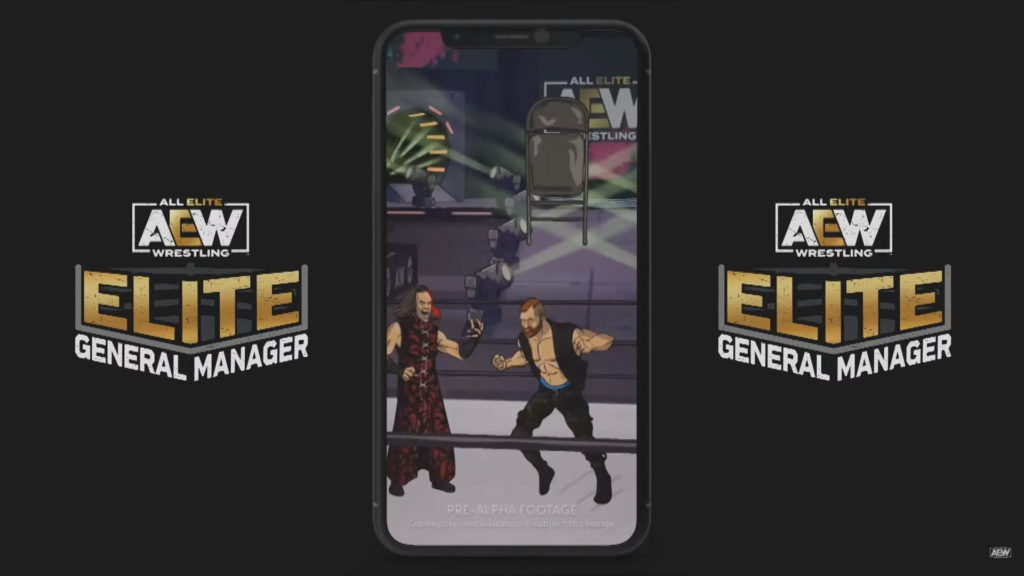 Graphically, the characters look like they were ripped from the pages of a comic book. And although this game will be much different from Yuke’s collaboration, seeing the trailer for this game actually piqued my interest.

The first game set to release under the AEW Games umbrella is a mobile casino game. And although we could not see the game in action like the previous two, we did get a nice cinematic trailer as the cameras followed Kenny Omega around. I don’t know what games this will have exactly, but I can guess that we will probably see a variety of classic table games.

I’d be lying if I said I would ever give this a try — besides maybe for an impressions article for Operation Sports. Nevertheless, some people still play Mindsweeper and Solitaire, so maybe there’s an audience for this?

Overall, this announcement was exactly what I needed to see from All Elite Wrestling. And while I do hope the graphics look better, and it takes a much more sim approach than the trailer implied, this is definitely a video game I’m excited to see evolve over the next few years. The same holds true for Elite General Manager, but to a much lesser extent. I really don’t have any interest in the casino game.

But in the end, all that matters is if Kenny Omega and AEW’s Elite can pull off the epic sequel to No Mercy we have long awaited. Time will tell, but I’ll be rooting from a distance and hanging on to every bit of news that comes out.