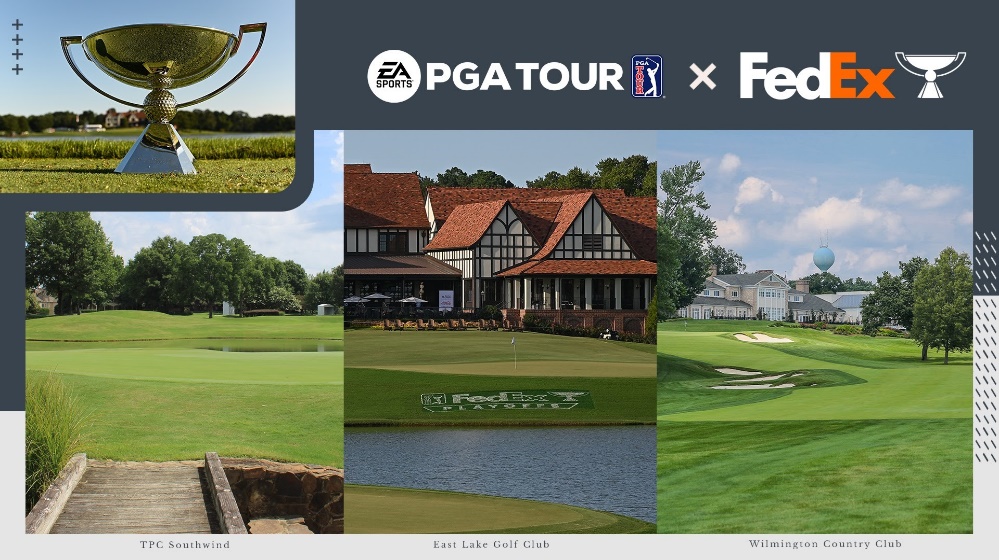 EA has just announced the addition of the FedEx Cup and enhancements to golfer authenticity, via real-life golf data integration, through ShotLink and TrackMan technologies for EA Sports PGA TOUR.

Here are some highlights along with the press release below.

EA Sports PGA TOUR is scheduled to release in spring 2022 for PlayStation 5 and Xbox Series X|S with brand new swing mechanics, including the return of the three click swing.

Today, Electronic Arts Inc. and the PGA TOUR announced upcoming enhancements and additions available at the launch of EA SPORTS PGA TOUR via their long-term partnership. This includes news that the FedExCup, including the Playoffs, will be returning to the game in a grand way through ultra-realistic additions of all three FedExCup Playoffs events and host courses, implementation of the FedExCup Playoffs into career mode and select challenges, and enhanced PGA TOUR golfer authenticity via real-life golf data integrated into the development of the game, which is launching in spring 2022.

“The PGA TOUR is excited that our fans will be able to experience the FedExCup Playoffs and ShotLink powered by CDW on EA SPORTS PGA TOUR,” said Len Brown, PGA TOUR Chief Legal Officer and Executive Vice President, Licensing and Merchandising. “EA SPORTS ensures an authentic and realistic experience as players accumulate points for their chance to compete in their own virtual FedExCup Playoffs.”

All three events that make up the FedExCup Playoffs in 2022 will be playable at launch in EA SPORTS PGA TOUR, which will feature the host courses of the FedEx St. Jude Championship, BMW Championship and TOUR Championship – TPC Southwind in Memphis, Tennessee; Wilmington Country Club in Wilmington, Delaware; and East Lake Golf Club in Atlanta, Georgia.

EA SPORTS PGA TOUR is the first-ever golf video game to incorporate ShotLink data, which will provide extensive amounts of data that will be integrated into the game’s development, resulting in accurate player ratings and skills and magnified true-to-life in-game events. TrackMan measurement solution’s data is also being incorporated into the game to add an additional layer of authenticity by allowing EA’s game designers to perfect gameplay and numerous stats such as club tuning.

True to the real-life PGA TOUR season, players will be able to earn FedExCup points throughout the in-game Career Mode for a chance to make the FedExCup Playoffs, with the top golfers at the end of the year given the opportunity to win the FedExCup. Career mode will also see the return of the Korn Ferry Tour, adding another layer of depth to the game that will allow players to hone their skills before joining the PGA TOUR. The Korn Ferry Tour, the PGA TOUR’s developmental tour, will be a key part of a player’s journey to becoming an expert on EA SPORTS PGA TOUR.