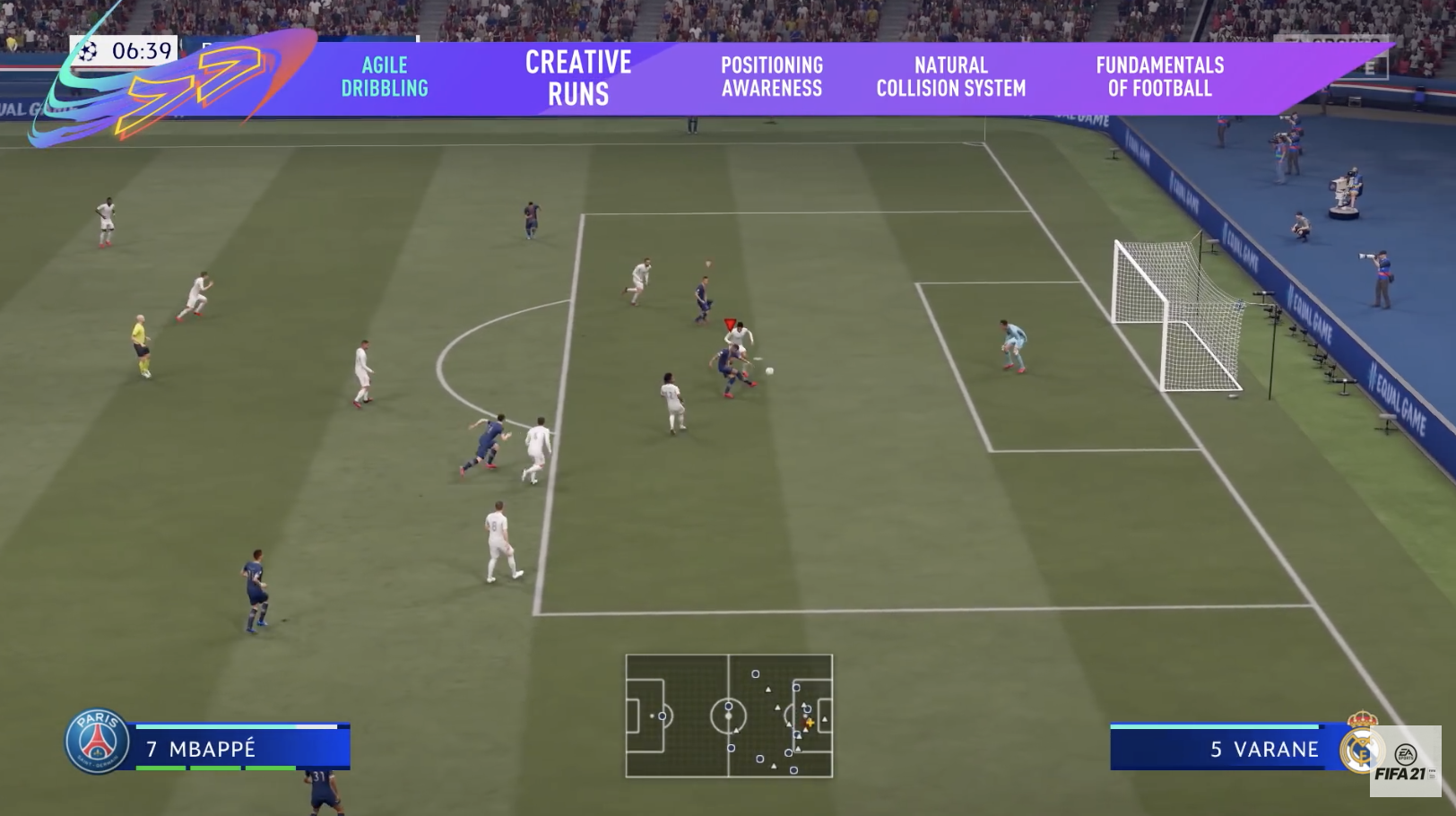 The FIFA Direct Twitter handle went on a tweet onslaught a couple days ago to coincide with the media posting their own initial FIFA 21 gameplay impressions. If you missed those impressions, Joel posted his hands-on FIFA 21 beta thoughts, and we also got the gameplay Pitch Notes from the FIFA developers so there’s a lot of new info out there. The tweets from EA were all in response to Twitter users asking questions in a Q&A format. Perhaps the most noteworthy thing for me was EA being clear and direct in saying there will not be any FIFA 21 DDA, handicapping or built-in momentum in the game — nor has there ever been any DDA in FIFA.

FIFA 21 DDA, Momentum, Scripting, Handicapping Not A Thing, According To EA

We build a football simulation game by implementing the different concepts of football. These concepts include an error system and a physics system which bring variety and authenticity to the game.

When recreating the details of football, all real life outcomes are possible
(2)

For those unaware, DDA stands for dynamic difficulty adjustment. This is something EA has had to deny before, and even if they have to deny it 100 more times, they should continue to be forceful about it. Whether you believe in scripting in sports video games probably depends on the video game. Scripting has certainly existed before in sports games, but too often developers don’t try to dispel these sorts of notions, which allows them to fester and take on lives of their own.

The DDA in FIFA has received more buzz than some others because of the speculation surrounding mysterious patents, and it ties into one of the long-standing FIFA memes, which is the belief that a low-rated team will suddenly become magically good while your highly rated team becomes a potato in online matches.

Every game has these fan-driven conspiracies, some of which are more feasible than others. Is Showdown in MLB The Show actually on veteran difficulty? Well, whatever “veteran” difficulty that is you play on in Showdown mode, it’s probably not the same difficulty level that you experience in a normal game of The Show due to the badges and such that exist within it. Is there a “comeback code” in Madden or Show where the AI suddenly gets way better?

The list goes on and on, but transparency is the key here so the more developers engage with these rumors the better. 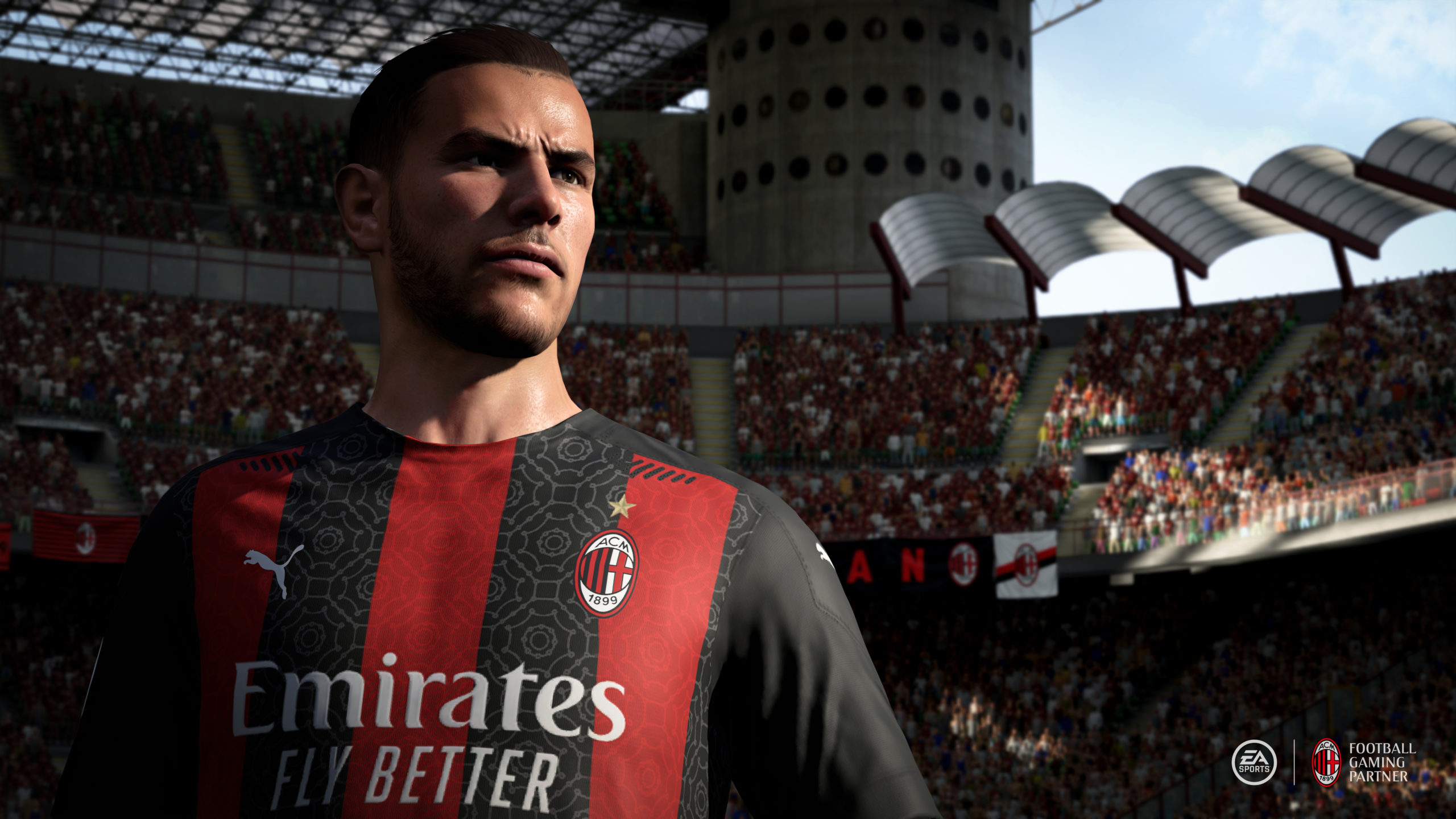 Beyond the discussion around DDA and the like, the next aspect that caught my eye had to do with player size and how that coincides with strength on the ball.

The attacking positioning attribute is now more impactful in the game, expanding the variety of players you'll want to try for different positions.

In FIFA 21, the strength of players allows them to perform better in physical interactions, even with a lower balance attribute. https://t.co/sjeAwrM5ml

I found this answer a little unsatisfying. It’s good to hear that certain attributes will be weighted more to mean more, but it doesn’t quite directly answer the idea that short/compact players generally were better on the ball than the larger/stronger players. Now, I can infer that the focus on attributes means the shorter players won’t be better on the ball by default, but this answer was a little “political” in terms of beating around the bush.

The final aspect I want to call out here are two tweets relating to AI defense and AI blocking.

From tackles to ball blocks, a user-controlled player should have more precision and success compared to an AI teammate. https://t.co/mmvp6OITMG

The blocking animation coverage is bigger for manual/user-controlled than for AI-controlled players.

The new system makes blocking more accurate in terms of predicting where the ball is going – allowing more reliable blocking, based on player personality. https://t.co/yKodyKCbV2

Parking the bus was very popular in FIFA 20 for a couple reasons, and one reason related to the AI defenders being very good at blocking shots. This is another semi-good answer in that there is an explanation that the range is larger now for user-controlled defenders, but it doesn’t flatly say AI players have been nerfed in some conceivable manner on this end.

The other aspect here has to do with AI defenders and how good they are in FIFA. On the whole, this is always tricky for EA to balance because it stinks when the AI defenders are useless and never take the ball even when it’s obvious they could. However, then it’s also a bummer when you can just “off ball” and let the AI handle defending the ball in one-on-one situations — or you just play support as you send a soft double at the ball.

It seems like EA is perhaps leaning more towards rewarding user control over those who rely on the AI, but I don’t think the AI defense itself was overly strong this past cycle. Again, it more had to do with the power of parking the bus and being able to mostly contain players rather than the AI defenders themselves being super-powered. In conjunction with it being quite difficult to score from outside the box and off set pieces, meant you really had to get deep inside the 18-yard box at times to finish with confidence.

Lastly, with the renewed attention on making runs off the ball and having more skill moves on the ball for FIFA 21, humans probably will need competent AI defenders to survive since you can’t both off-ball and mark man if both components are strong on offense this year.

There is even more to the Q&A if you want to scope it out, but on the whole, it was good to see the FIFA devs use the FIFA Direct handle in this manner. The handle has been hit or miss at times, but more front-facing responses like we got here are something I hope to see more often.