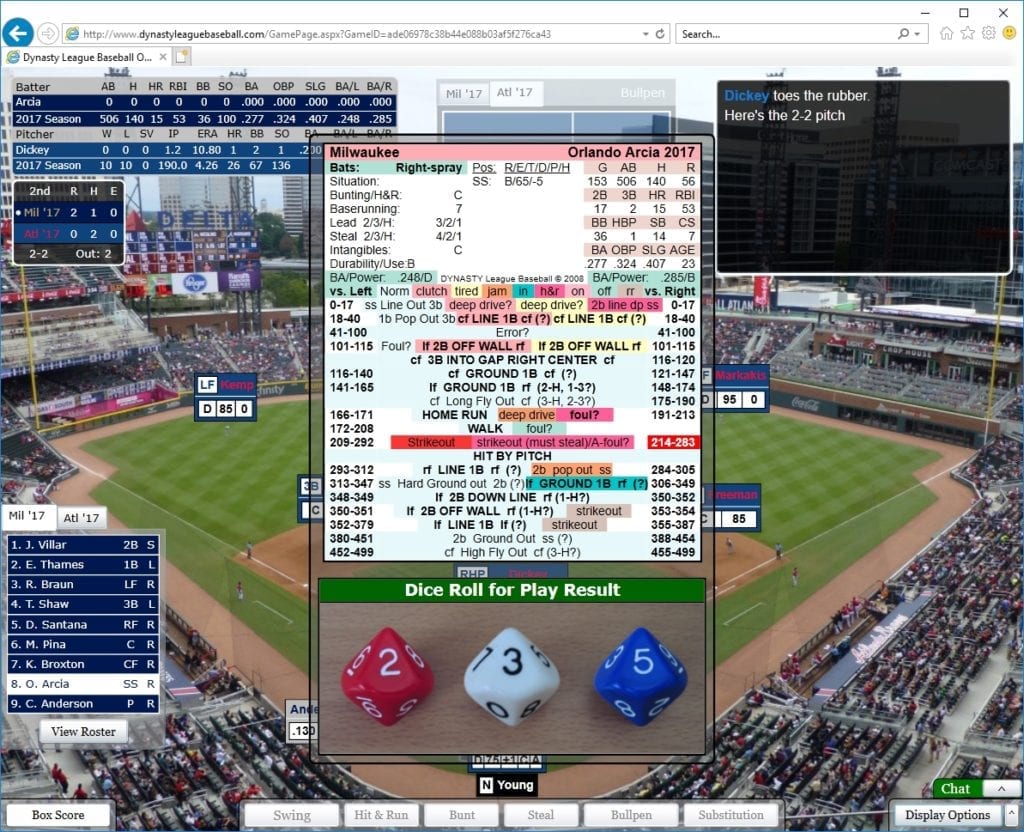 The folks at Dynasty League Baseball Online have been busy with several updates to the game as we head into the new season of baseball. The game, an online text-based sim with realistic results, was reviewed by us last year.

– NEW Private Draft League Directory listings are updated in real time and include many new multi-player online leagues.  Commissioners can display their League on the “Looking for Players” tab by clicking the “allow contact” button in the Commissioners tools.  DYNASTY League Baseball Online was designed with multi-player online draft leagues specifically in mind and they are the most popular play format.  You can view the Private League Directory here: http://www.dynastyleaguebaseball.com/PrivateLeagueDirectory.aspx

If you are curious what the game is like, you can see a game played between Earle from Tabletop Baseball and Game Designer Mike Cieslinski in the video below!