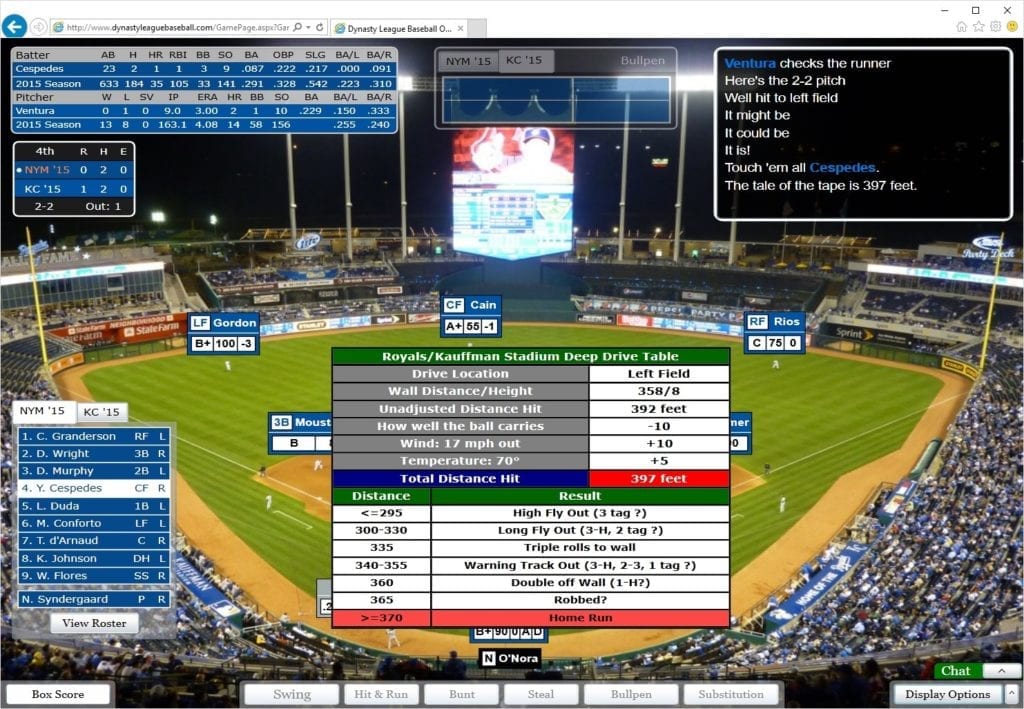 A few years ago, I reviewed a web-based baseball text sim called Dynasty League Baseball Online. In that article, I praised its depth, accessibility, and ability to generate tense and exciting games.

Beyond those positive characteristics, its online delivery means Dynasty League Baseball Online can push in updates and features seamlessly. Below are some new features added in the past few years along with some brief impressions.

Probably the neatest new addition is the career stats pages that displays a player’s entire statistical history within your league. It’s similar to something you’d see on baseballreference.com. You can also view an entire season’s worth of statistics for any batter.

Solitaire play has been expanded to historical season replays. Setting these leagues up is pretty easy; after assigning a CPU manager to a team, an auto-populate option drafts players who would have played for that team in the given year. I was able to set up a 2016 season replay pretty quickly.

Dynasty League Baseball Online touts the statistical accuracy of its engine, which is actually based on a dice-driven boardgame. In a replay of the 1970 season, the Cardinals team ERA was only .05 points off of their actual stat (4.06 vs 4.11). Also check out these stats from the 1970s Minnesota Twins:

Since it is a browser-based game, don’t expect a ton of flashy graphics. However, Dynasty League Baseball Online does contain some nice high-resolution photographs from both inside and outside stadiums. The outside shots set the mood prior to first pitch, while views from inside the stadium serve as the field of play.

If you are looking for a historically accurate text sim that you can play in a browser alone or with other users, Dynasty League Baseball Online continues to fit the bill. A strength continues to be its reliance on a transparent simulation engine that is able to produce accurate and detailed results.