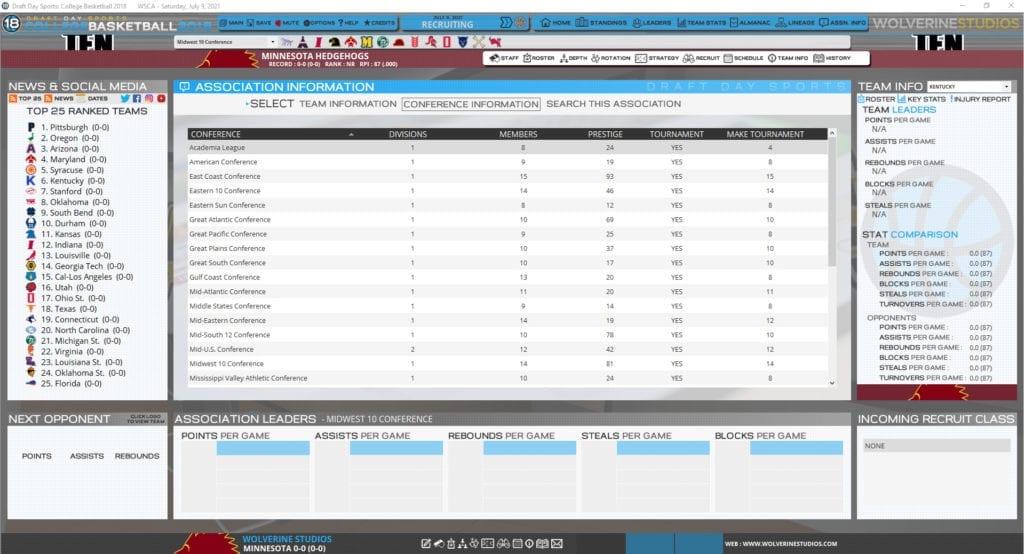 The simulation games from Wolverine Studios all follow a pretty similar format and because of that, they kind of suffer from a lot of the same issues at times when it comes to how they execute their vision. So the positive is that Wolverine provides text sims for sports like college football and college basketball, which allows you to get at least some small fix for your addiction. But most Wolverine games follow a similar template, so games like Draft Day Sports: College Basketball 2018 are an imperfect mixed bag at times.

With March Madness now officially here, here are my thoughts on Draft Day Sports: College Basketball 2018 and if this title is indeed worthy of being in your gaming rotation. 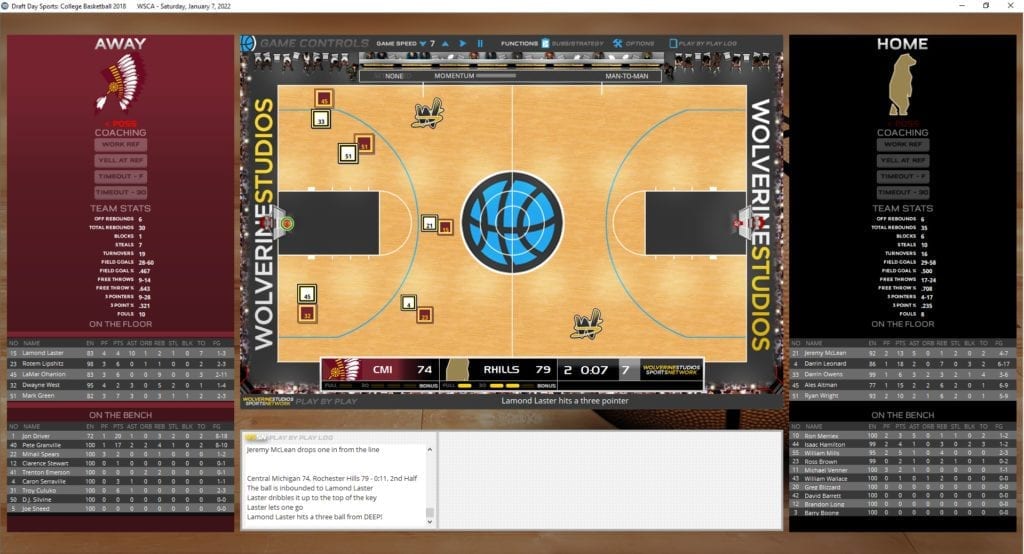 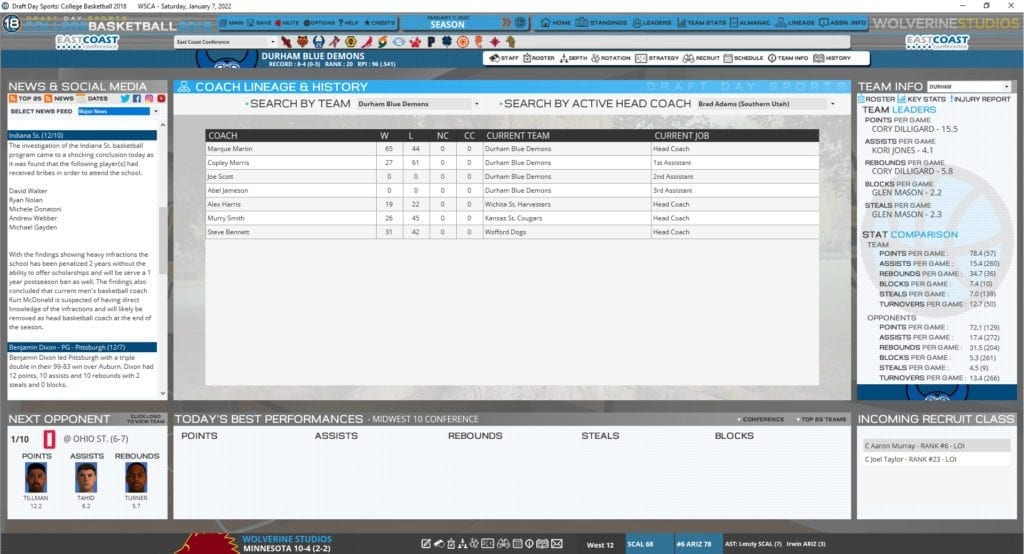 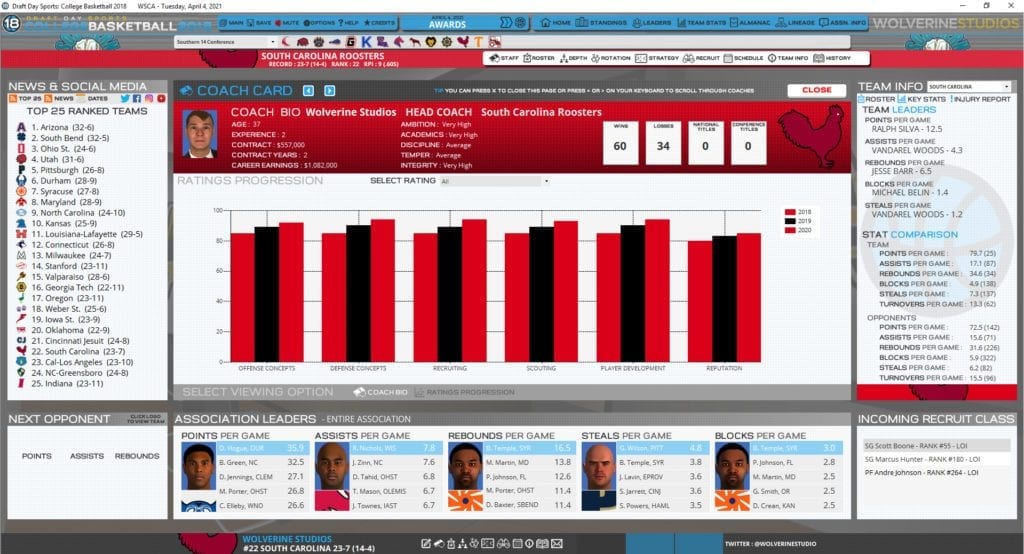 I firmly believe everything is in place for Draft Day Sports: College Basketball 2018 to be a thrilling and exceptional simulation experience — but it just isn’t. The interface makes the entire experience disjointed and frustrating to manage. A modern and revamped menu system that simplifies and streamlines many of the most common commands and presents the most important information to you would go a long way. I can’t stress enough that the menus hold back what otherwise appears to be a pretty darned good game under the hood.

As it stands, if you love college basketball and the thought of managing programs throughout several seasons, this is still a game you will enjoy. Don’t get me wrong, I enjoy Draft Day Sports: College Basketball 2018 but not as much as I feel the game deserves. It’s an average title that sticks to the conventions of the genre and doesn’t do much more than that. If you are a college basketball fan in need of a new gaming fix, this is an option I do feel you’d enjoy.