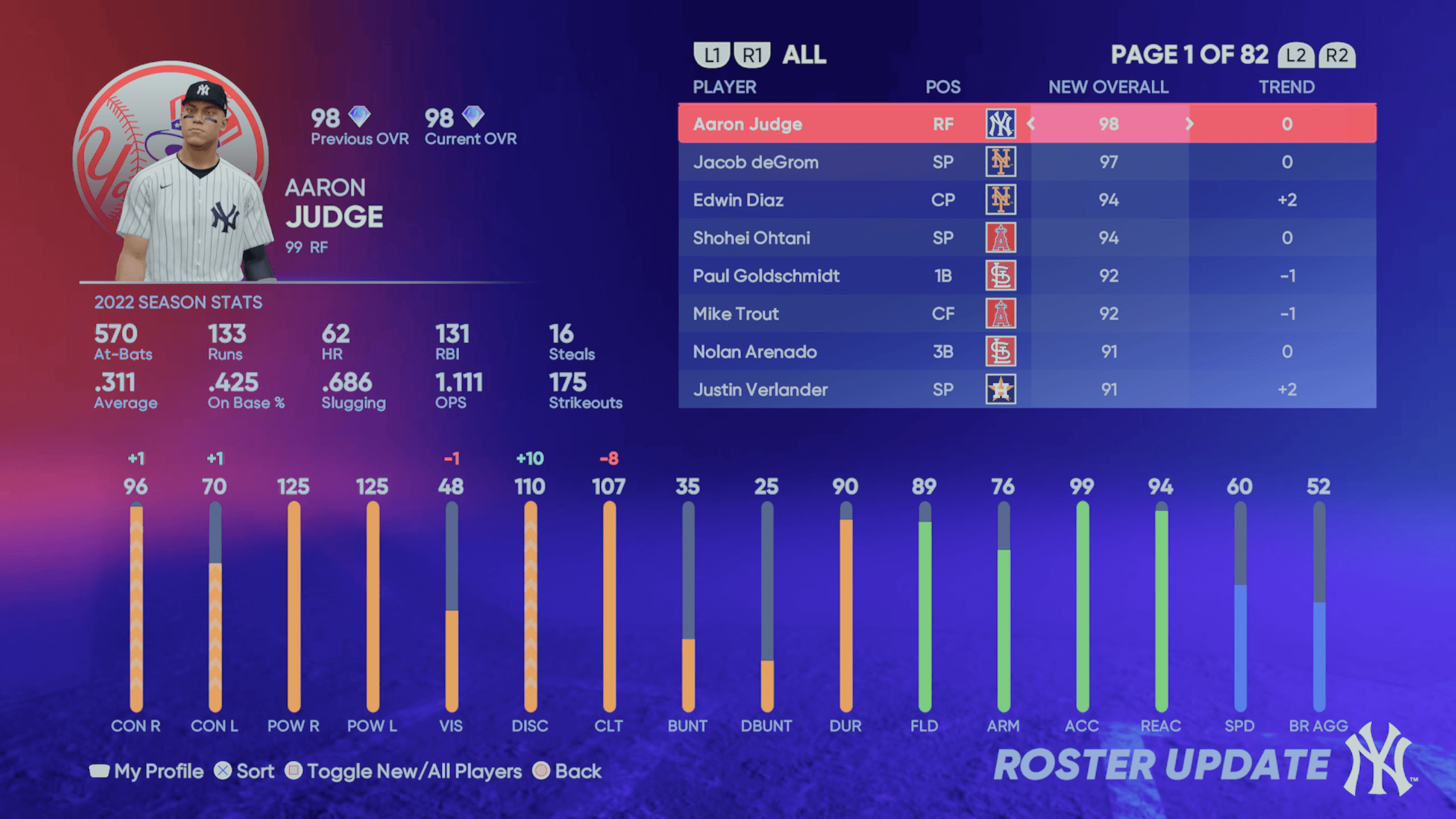 We usually get at least one more ratings adjustment at the end of the playoffs, but this roster update wraps up the MLB regular season. It’s not full of massive changes, but there are 650 upgrades and downgrades to comb through. 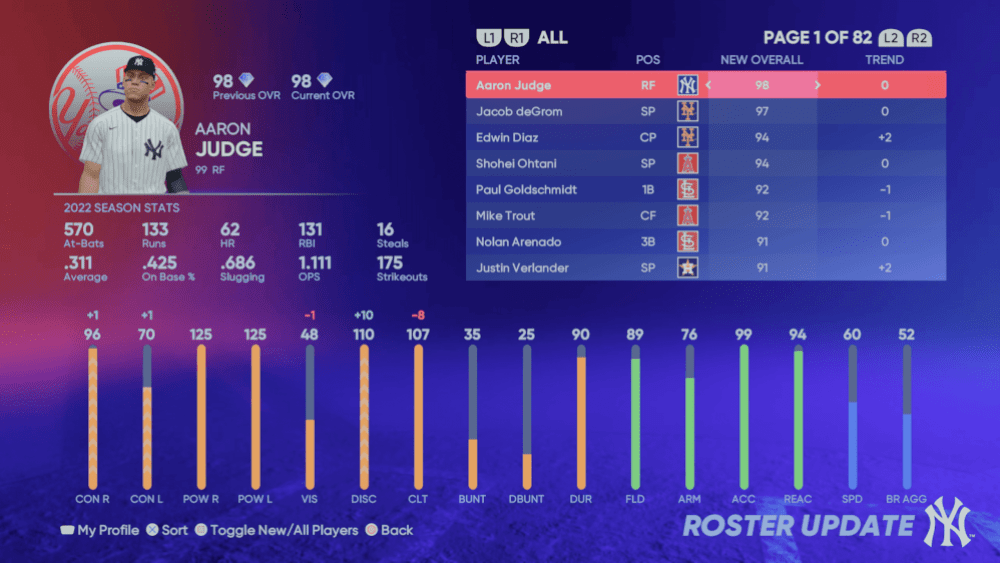 Not a ton of huge changes here as it seems like SDS just wanted to boost a couple players for the entirety of their season more or less. This event runs until October 14, at which point we’ll probably get a Postseason event. 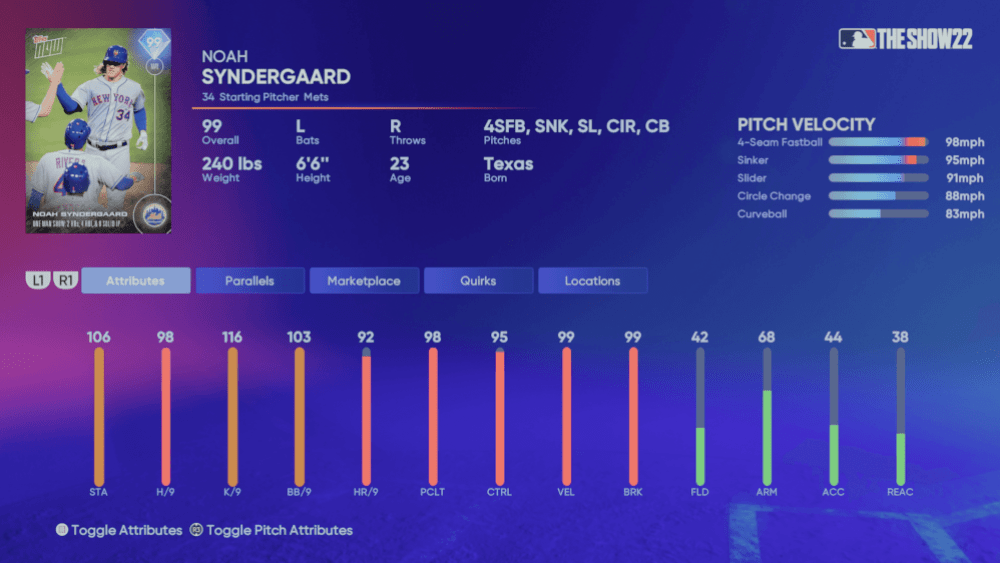