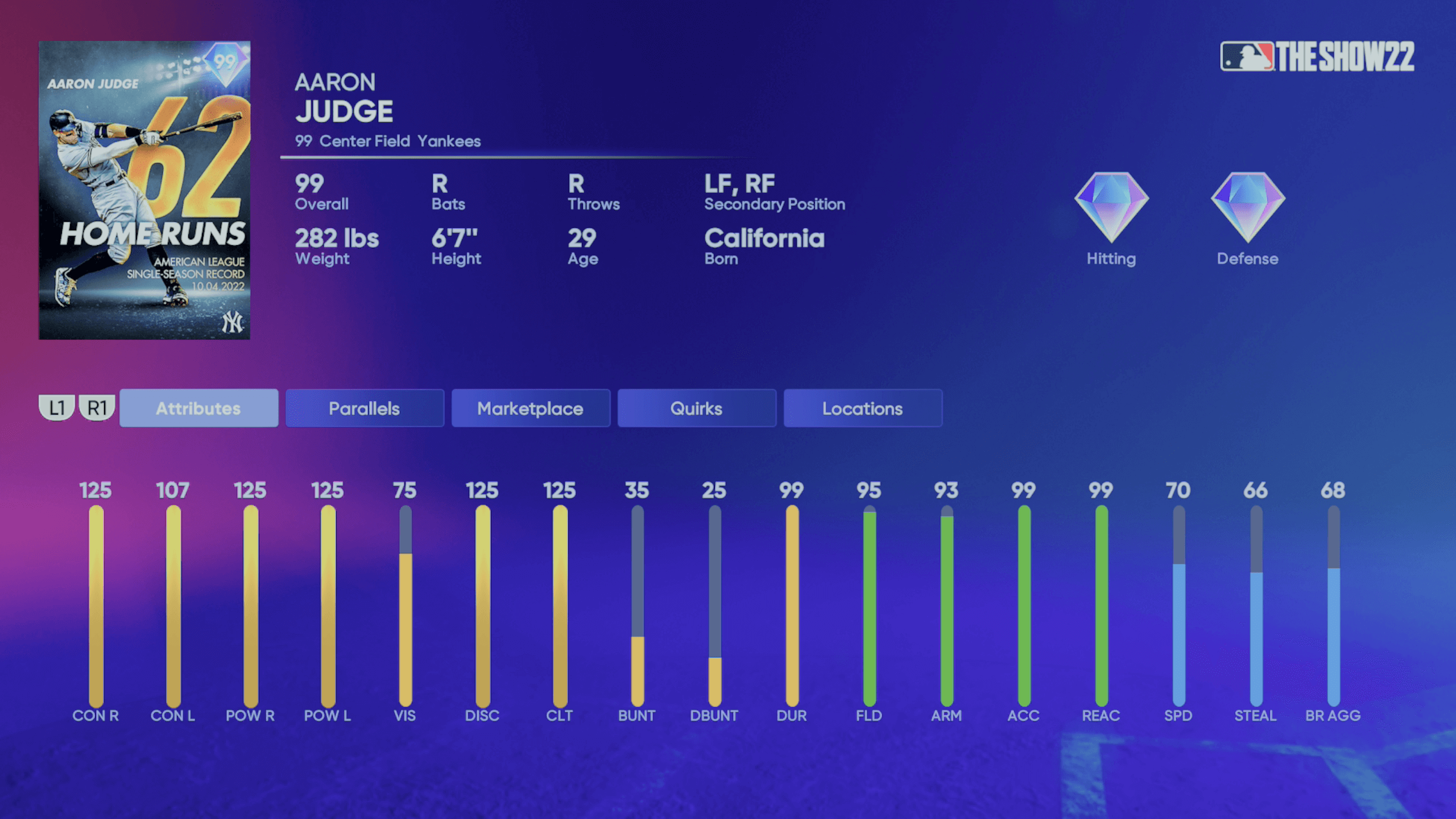 On top of getting the rest of the September Monthly Awards Program today, we also got a final Other Program before the new Featured Program launches later this week. It does not appear you will get bonus XP for the Legends Program by collecting Milestone Aaron Judge, but my guess is he will be a collection reward once the new program starts up later this week. Milestone Aaron Judge is of course coming out to commemorate him beating out Roger Maris as the new AL single-season home run leader. After hitting his 62nd home run last night in Texas, SDS was ready to go with the program today in Diamond Dynasty.

The SDS art team remains the best in the business — at least in terms of card art — here with this Milestone Aaron Judge card. This card and the Albert Pujols Milestone card have been really nice alternative takes on the usual Milestone card art format. With this card, Aaron Judge maintains all his quirks, and he even gets Dead Red and Breaking Ball Hitter. We know the new program coming later this week will probably shake up the meta once again, but it’s hard to think this card does not deserve a spot in the outfield for now. When factoring in the quirks, the maxed out power, the incredible fielding, and solid enough speed there’s not much here that can go wrong.

That said, Aaron Judge remains a 6-foot-7 human, so you do have to contend with an enlarged strike zone. If you used Oneil Cruz or a couple other tall boys from earlier this year, you might be ready to handle Judge. If you can’t deal with the strike zone, there’s no shame in it as some people just can’t gauge that enlarged zone. I would also say Judge’s swing feels a little long to me this year, and that’s coming from someone who really liked using him last year.

All moments are worth 4 points each