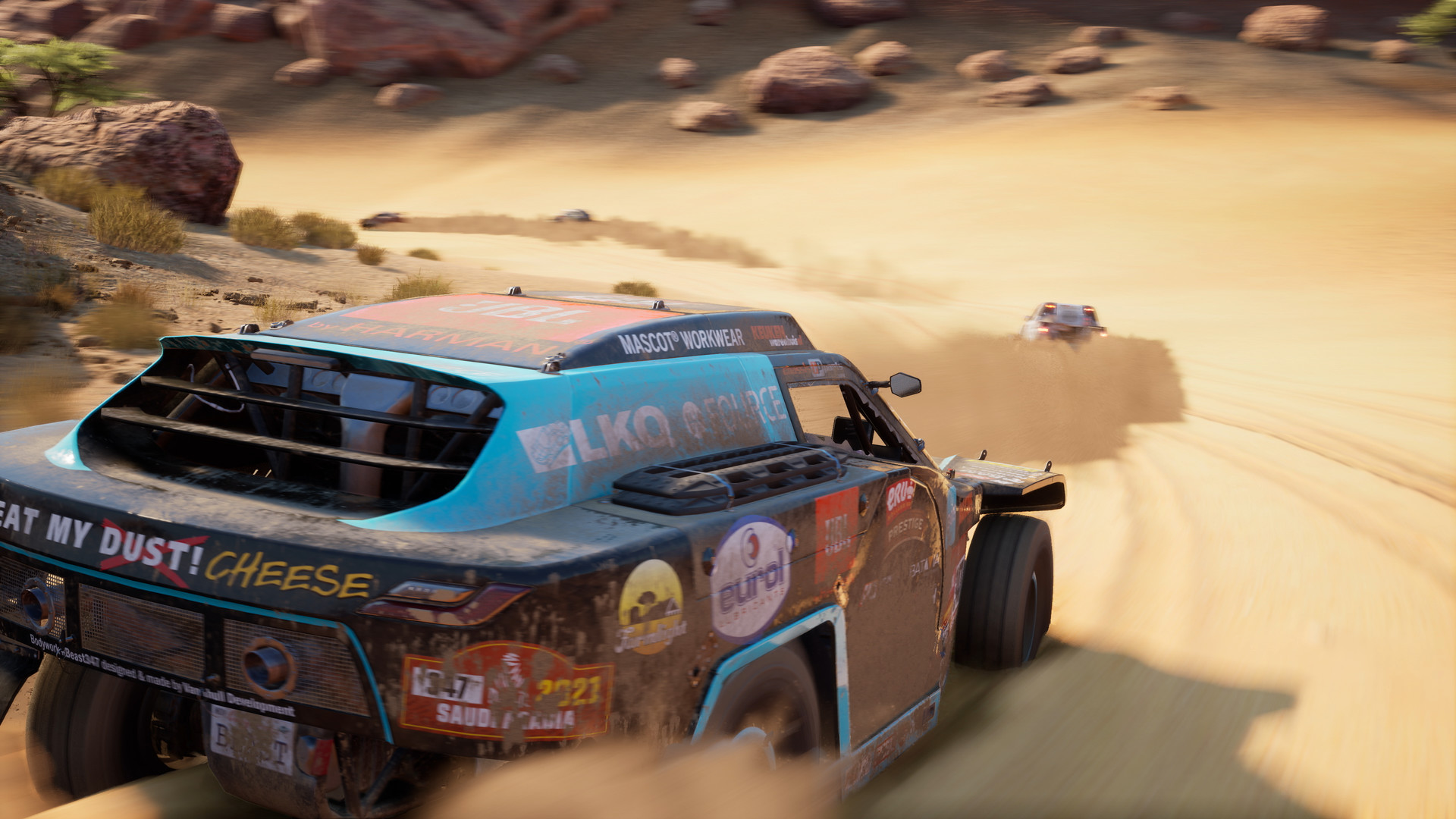 Across over 20,000 thousand square kilometers of diverse terrain with dynamic weather, the Dakar Desert Rally authentically captures one of the world’s most challenging off-road events. Build your own garage with cars, bikes, trucks, quads, and SSVs from the world’s leading manufacturers, or select from some of the sport’s most famous racing teams.

With a variety of game modes to choose from, including arcade-style Sport mode for quick pick-up-and-play action, professional and simulation modes for a real rally experience, and online multiplayer for up to four players, it’s easy to find your way to victory.

A free Saudi Arabia Extended DLC map is scheduled to release soon so players can replicate the 2020-2022 Dakar Rally events.