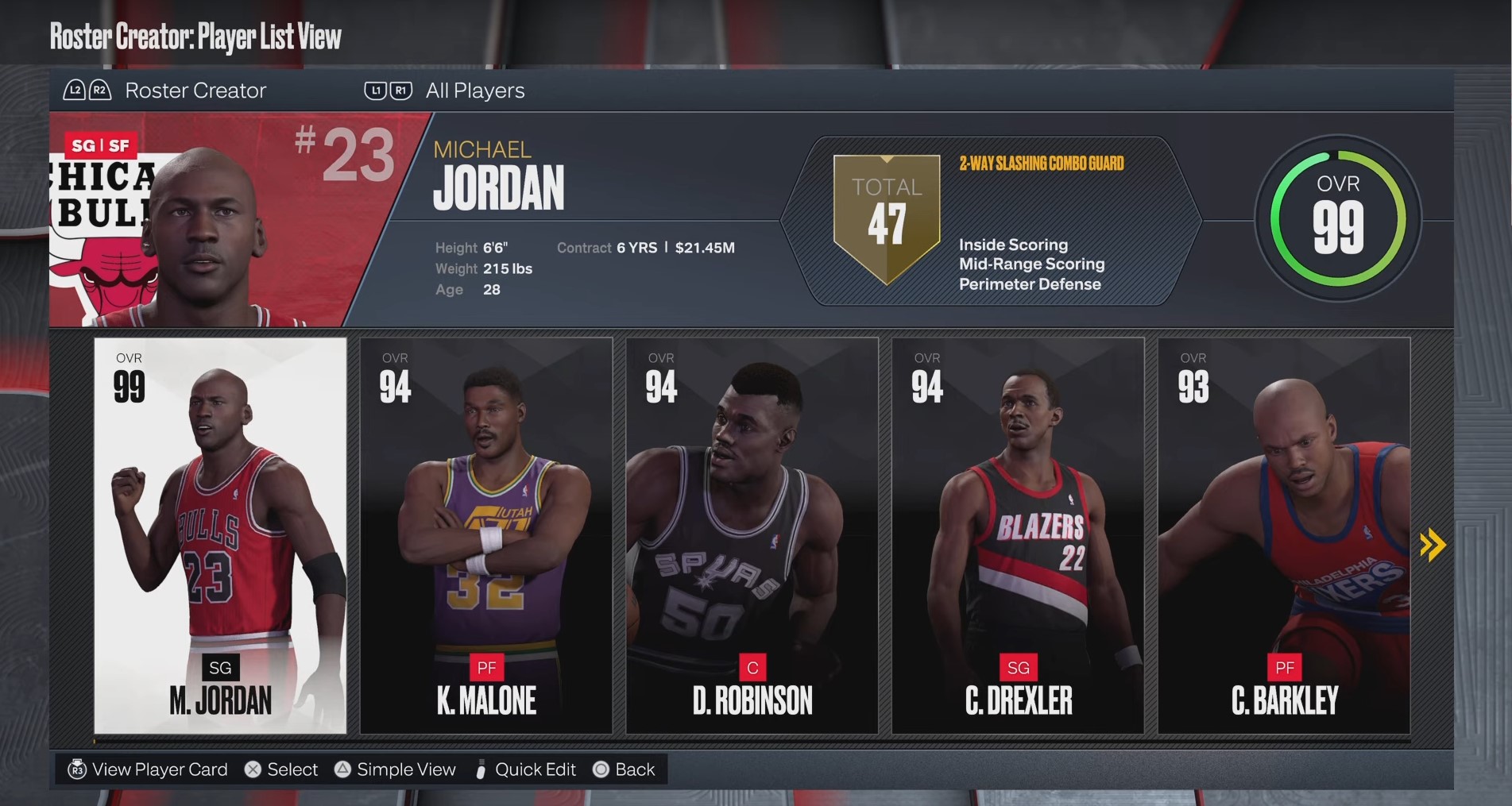 When last we checked in on MJWizards and his quest to complete the MyNBA Eras, we showcased his 1983-84 roster and draft class on PS5. In recent weeks, he has now completed the same setup for the 1983-84 NBA 2K23 MyNBA Eras roster and draft class. This means 27 teams are fully ready to rock on the PS5. This means players like Reggie Miller and Charles Barkley are now in the game, and it also means you have a 1992 draft class that includes Shaq and Zo.

This is all very exciting, so I want to tell you how to download the Jordan Era rosters, how to support MJWizards, and highlight what’s in these rosters as well. 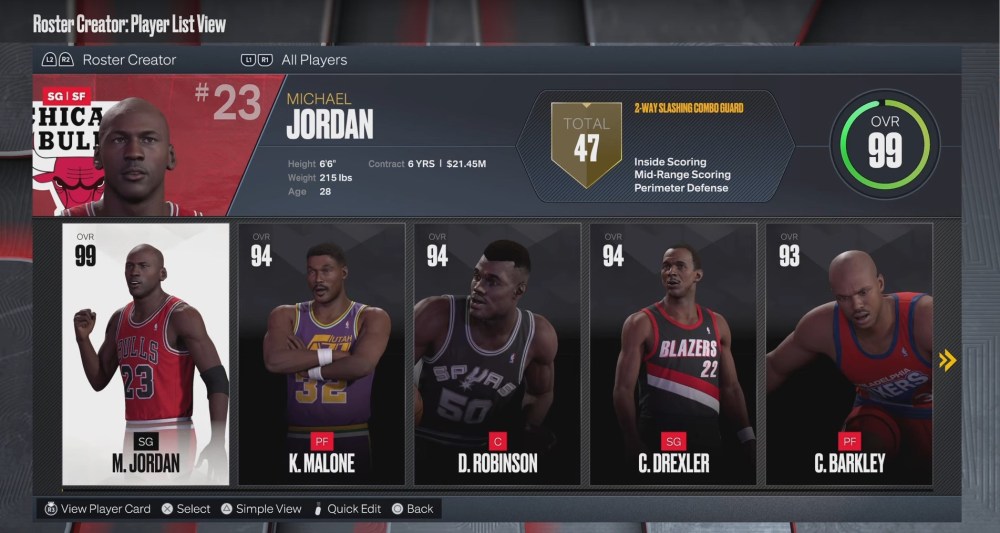 Under 2K Share and the user-created roster tab, search for 1992 completed by MJWizards. It will be by someone with the Online ID of crazyh16. You can also download the 1992 Draft Class, which is 1992 Draft by MJWizards. 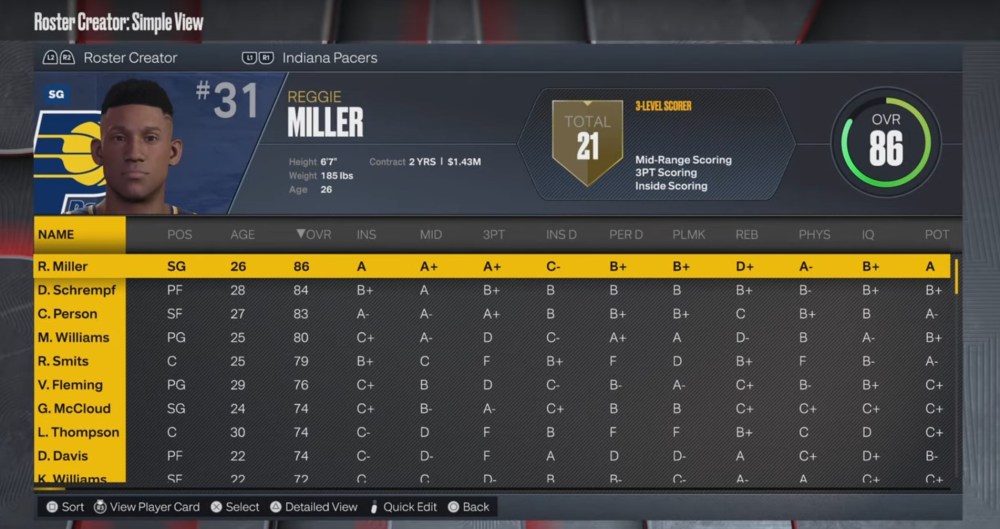 One note for those unfamiliar with custom rosters in 2K, you can’t use these in quick play games, so to scope them out you do have to do the MyNBA Eras mode. For those folks not on PS5, there is no way to transfer these rosters to other platforms as of now. It stinks that only MLB The Show has cross-platform rosters among the big games right now, so we hope other developers get on board with this in the future. 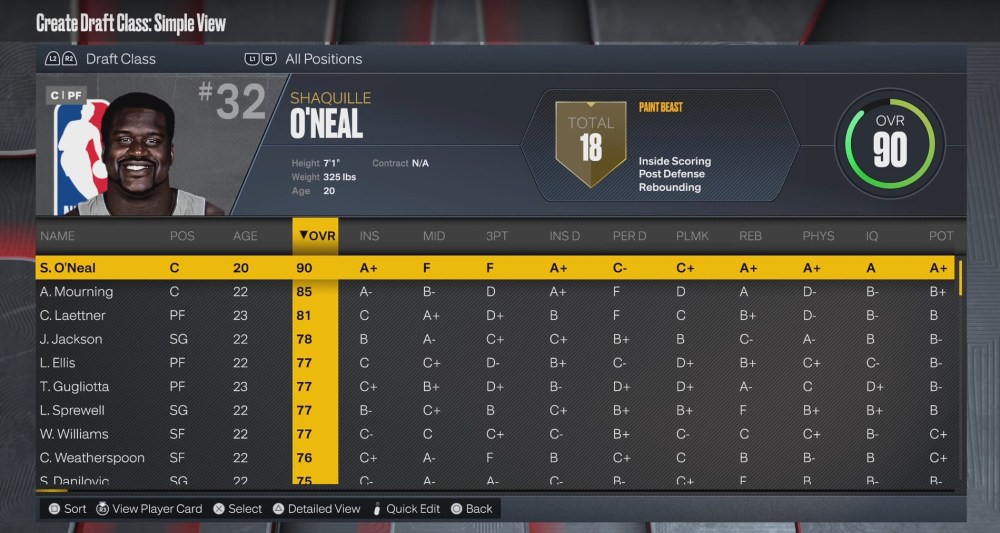 Coming off the 1984 draft class, this one is not as exciting top to bottom, but having Shaq in there as the big prize is still very intriguing in terms of how it will shape future years in your franchise.

If you want to support the countless hours MJWizards puts in, you can subscribe to his YouTube channel or donate to him via PayPal. The YouTube channel has lots of cool videos, including ones that showcase he makes some of the players not in the base roster provided by 2K.

There are very few in this community with the dedication and credibility that matches up to MJWizards. He’s been a mainstay and continues to put out amazing 2K rosters year after year. This is one of his best projects yet, and we still have one more Era to look forward to in the months ahead.