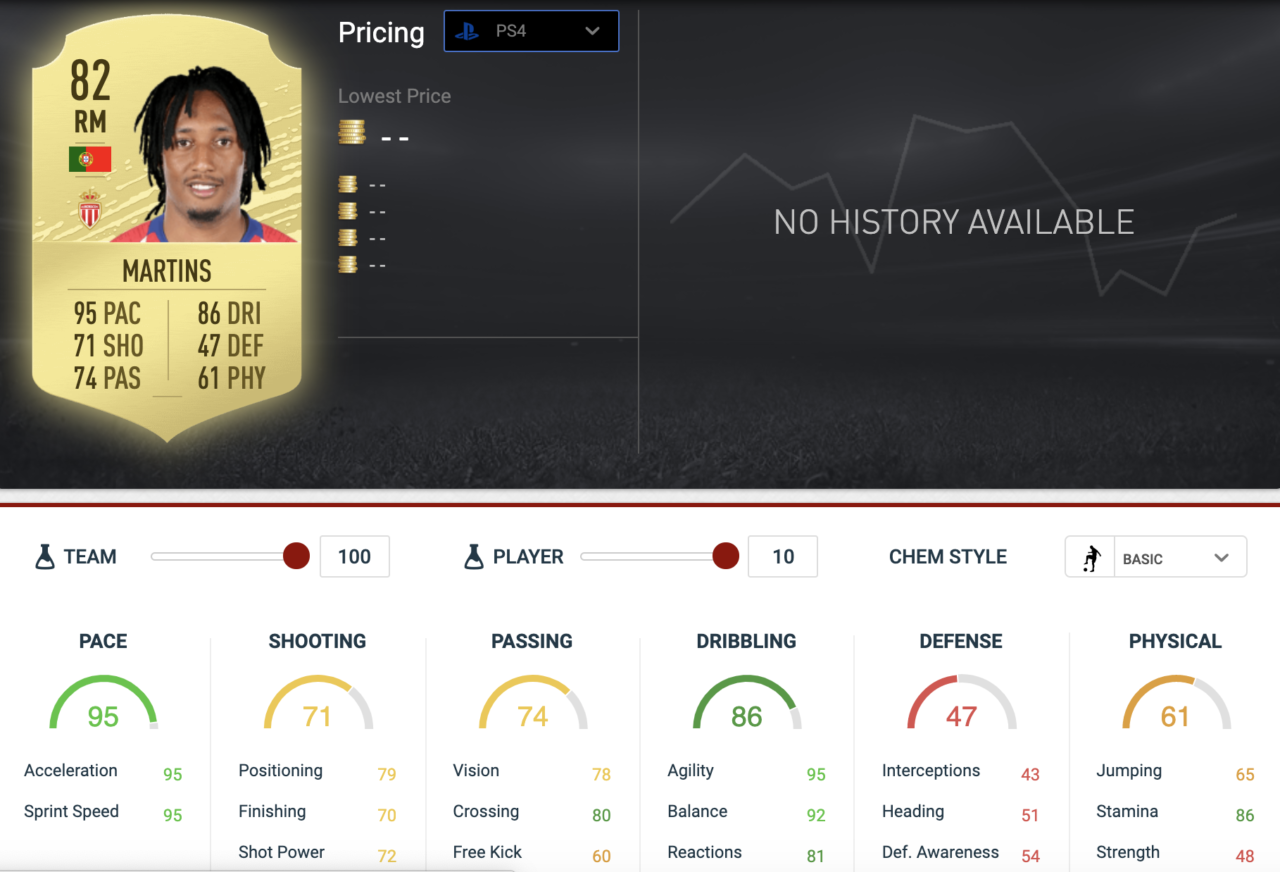 Every year, the race is on to acquire Messi, Ronaldo, Neymar and so on, but gamers need to build to those heights. That being said, you still want to build an overpowered team right out of the gates because climbing the ranks of divisions is ultimately the best way to reach the top of the mountain. FIFA is one of those games where, frankly, overall ratings for players mean far less than the underlying ratings for specific attributes. For that reason, let’s dive in and uncover some hidden gems who can instantly take your team from fair to fit.

The best offense in any game is a great defense. Having a solid back line is the best way to give yourself a shooter’s chance against some of the best players in the world. Bullying the box and controlling the ball goes a long way.

At right back, Denzel Dumfries is the only answer from this chair. At 78 overall, Dumfries certainly won’t break the bank, but an outside backer with 80 pace and 87 physical is unbelievable. For those new to FUT, 87 physical is otherworldly for anyone outside of some premier center backs. The passing and dribbling won’t blow you away, but in terms of being a pure stopper, Dumfries is a bargain to say the least.

At center back, resources should be poured into Abdou Diallo. He’s just a 79 overall, but Diallo does a little bit of everything. With 77 pace, 76 dribbling, 78 defense and 76 physical, Diallo generally won’t be your concern in the back. He’ll stick in lineups well past the holiday season.

Okay, I’m a sucker for the French players. Like Diallo, Moussa Sissoko is a must-have but as a center midfielder. As mentioned previously, having players with dominant physical stats goes a long way in controlling the ball and playing supreme defense. Sissoko’s 89 physical rating is one of the best you’ll find for the middle of the pitch. 85 sprint speed, 85 shot power and good dribbling statistics will provide for a multi-dimensional thumper who will make his presence known in just about every match. An 81 overall, Sissoko will be more expensive on the market than the previous players mentioned, but he will be worth it.

On a more attacking front, CAM Bruno Fernandes, while a little more expensive, is a card that should survive all season. An 85 overall, Fernandes is likely going to cost 12,000 to 15,000 coins. It’s important to view Fernandes as an investment, and your investment will absolutely pay dividends. As far as attacking midfielders go, Fernandes is premier. 83 shooting, including 89 shot power and 88 long shots, make him a threat from just about anywhere. His 87 passing and 85 dribbling make the Portugal talent an asset in just about any play style or situation. Buy this card. 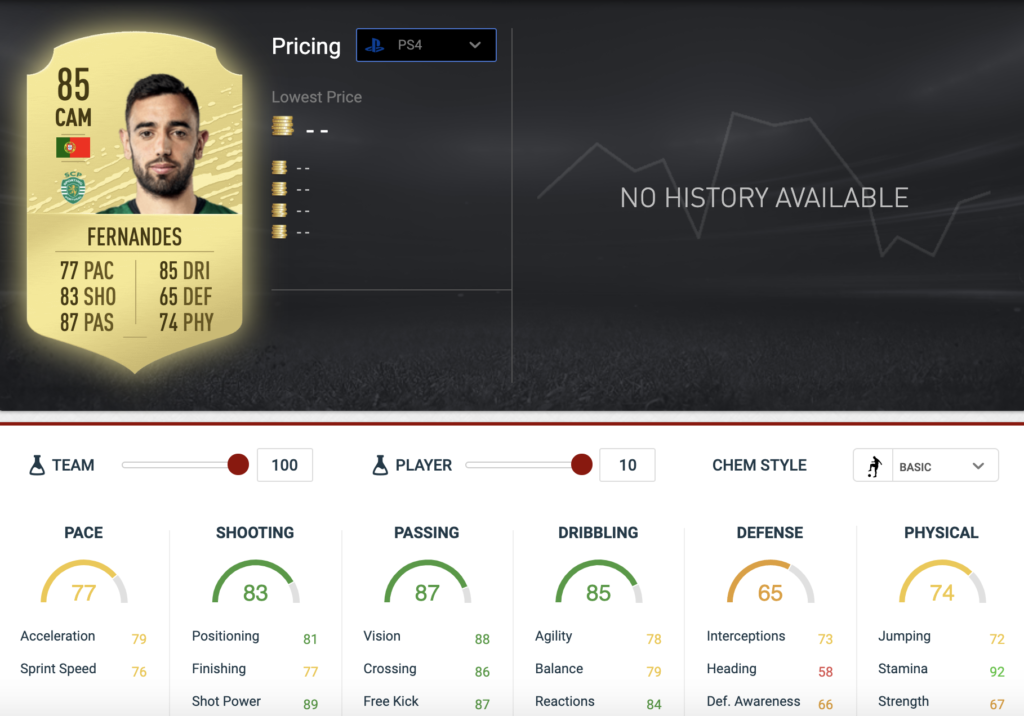 Let’s move to forward. I’ll preface this by saying every user plays the box a little different. Some like physical forwards/strikers who brute their way into goals (see: Zlatan). Others prefer quickness and finesse in order to make pinpoint passes for easy pokes into goal. To each their own.

On the outside, for my wingers, I want speed, speed and finally, more speed. The ability to throw the ball outside to a sprinting wing for an outmatched counter is a huge advantage and luxury. Gelson Martins, another explosive Portuguese playmaker, is the play. 95 pace and 86 dribbling make Martins an immense headache on counter attacks. His 80 crossing ability also makes this card just dangerous enough when swinging the ball in from the corner of the pitch. At 82 overall, Martins won’t break the bank, though he won’t come cheap either. Pair this card with Fernandes and create havoc for your opponent. Speed kills.

Finally, in terms of strikers, Marcus Rashford is the play. For any United fans out there, especially FUT enthusiasts, this rating is frankly pretty surprising. Rashford being ranked ahead of guys like Leicester City striker Jamie Vardy or Crystal Palace stud Wilfried Zaha is criminal. But alas, therein lies the value of acquiring him. 92 pace and 82 shooting are both fantastic showings for Rashford. His 83 dribbling and 87 stamina allow him to be a card you can count on virtually the entire match. Just about every statistical measure of this card is alluring, with the exception of maybe his passing, but that’s not what you’re acquiring the card to do. Go get Marcus Rashford and enjoy the cooking while it’s hot. (Disclaimer: Rashford is also a fantastic card to flip for profit the first few weeks if you so choose.) 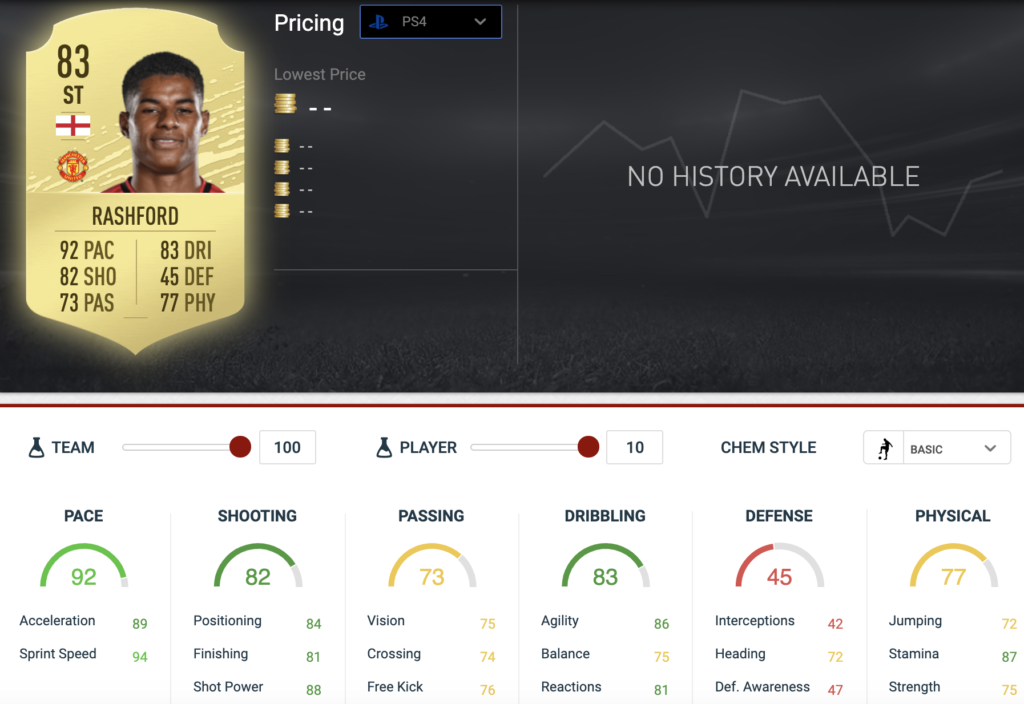 The fact is there’s about a billion ways to construct a team in FUT. Chemistry and formations come into play, but in terms of total surface level observations, the players listed above can serve as building blocks for a fantastic season on the FUT pitch. Be sure to comment and let the community know who your go-to guys are.