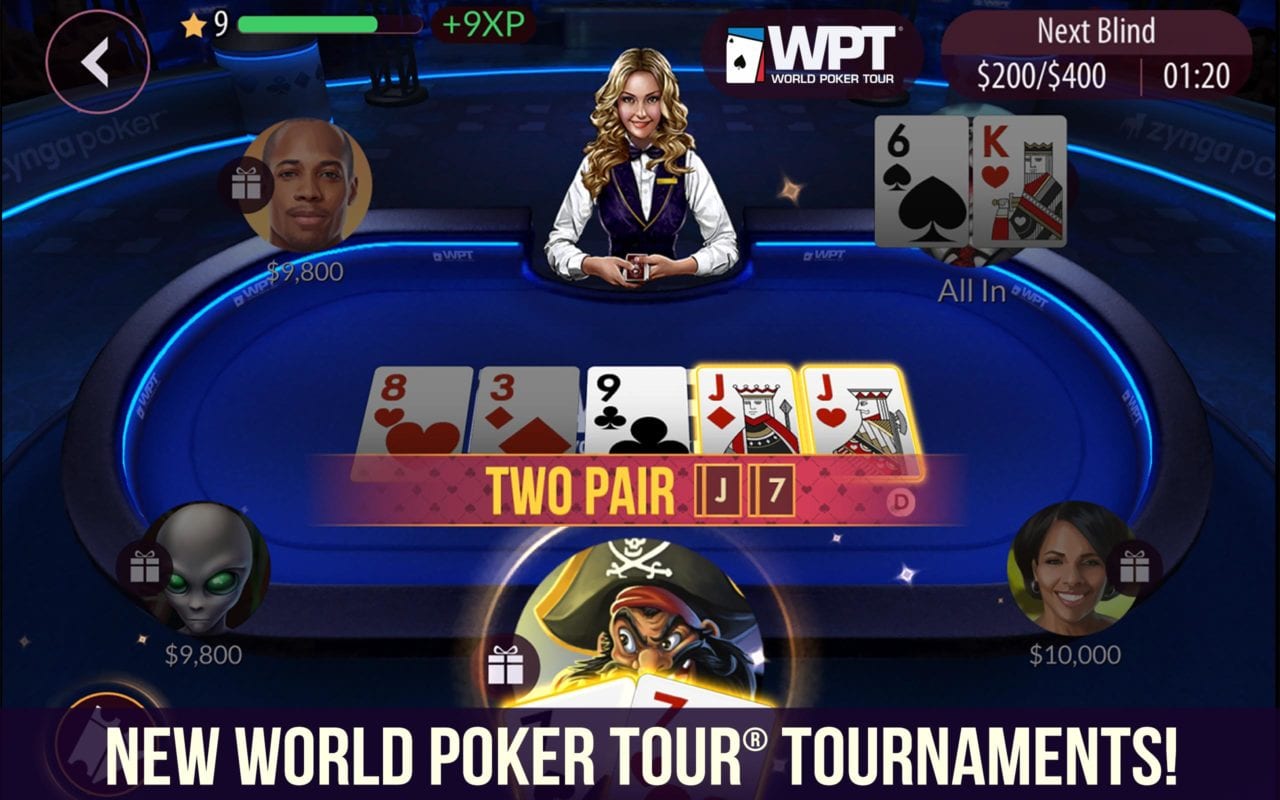 Zynga Inc., a leading mobile game developer, announced Zynga Poker, the world’s largest free-to-play poker game, has introduced a new Spin and Win mode in its World Poker Tour® Tournament Center for Zynga Poker. This new mode gives players the thrilling experience of playing short tournaments and a chance to win payouts of up to 10x their buy-in by spinning a prize wheel.

“Our players have asked for faster-paced tournaments with bigger rewards, and we believe Zynga Poker’s new Spin and Win tournament mode truly puts our players in the hottest seat at the table,” said Bernard Kim, President of Publishing for Zynga. “Combining this quicker, more aggressive tournament style with the famous World Poker Tournament brand gives players the most compelling virtual experience in the sport of poker.”

Zynga Poker is one of the most popular poker games in the world and now has more ways for players to compete than ever before. Designed to play like a real table experience, this Texas Hold ‘Em Poker game lets players participate in either a Sit-N-Go game, Spin and Win tournament mode or a cash table game to win generous payouts with up to nine players in either a fast or slow style settings. Zynga Poker has developed a strong community within the game supported by Leagues and a VIP program. This allows players to earn benefits and features by reaching higher tiers with exclusive chip package offerings and special game modes. Zynga Poker is available as a free downloadable game on the App Store and Google Play, with World Poker Tour tournaments accessible today.

Cancel reply
Discussion
Click here to reply to the discussion
Continue Reading
You may also like...
Related Topics:poker, Zynga Poker