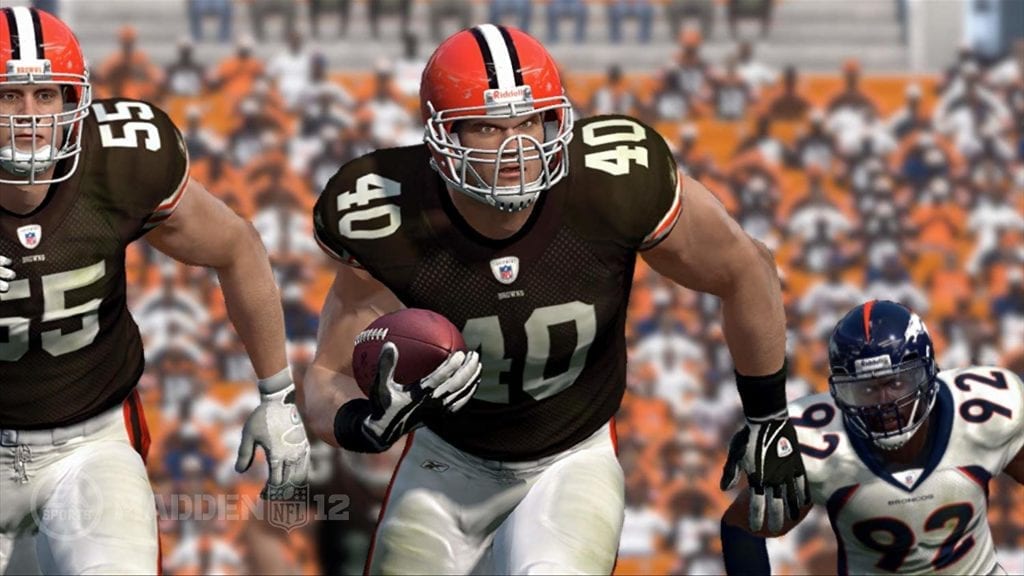 This one is going to show my age, but my favorite Thanksgiving sports gaming memory is playing NFL Gameday 98 in my living room during the holiday break. I was a junior in high school and super stressed from school and sports at the time and really needed a break to just just sit and enjoy something. I loved that game so much. I remember after the family finished eating on Thanksgiving day, I went straight to the living room to play it, completely forgoing actual football on TV.

But the craziest thing about it was that I only used the Steelers in he game because Jerome Bettis was an absolute beast. Now keep in mind I am a die hard Browns fan and this was pure blasphemy. But the Browns weren’t even in the game because of all Browns fan’s favorite owner, Art Model.

Being the first polygonal football game made it was a must have for me and it lived up to expectations and had my attention for a long time. I’ve had plenty of great memories of playing sports games during the holidays, but that one is probably my fondest.

We still break out the original XBox and play NFL Street every year for bragging rights. It is a constant throughout the holiday season. Thanksgiving is the start of a two month-long season of endless head-to-head battles that break up the grind of taking another created team through NFL Challenge mode. We have all-time win-loss records to a ridiculous collection of in-game experiments to properly utilize the revolving door of now mostly throwback players. It doesn’t feel like the holiday season has truly begun until the first crushing blowout or nail-biting 36-34 finish starts the flow of trash talk.

Being in Canada, our Thanksgiving happens in October. That being said, by extension of the love of football, American Thanksgiving is still observed by myself and friends due to the annual NFL games and ensuing trash talk that Madden brings. We try to gather each year and rustle up some games of Madden to see who still holds the rights to the trash talking crown.

How Close Are Sports Games to Reaching their Graphical Peak?
10 Things That Should Become The Norm For All Card Collecting Modes