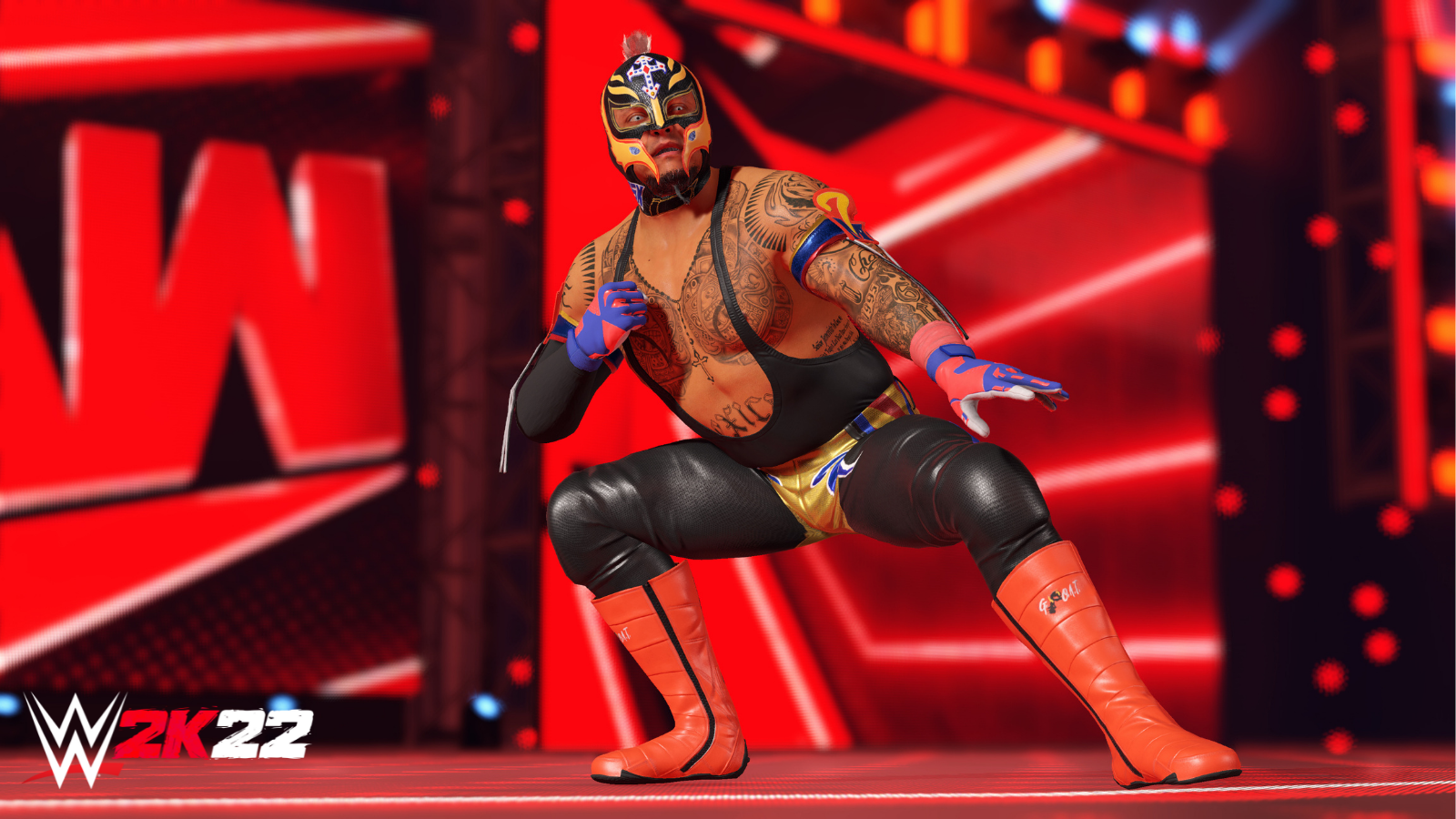 2K delivered a bunch of WWE 2K22 goodies today including a new trailer, features, screenshots, pre-order bonuses, cover athlete, release dates and much more. Rey Mysterio is the cover athlete for WWE 2K22, but there is also the nWo 4-Life Digital Edition as seen below. 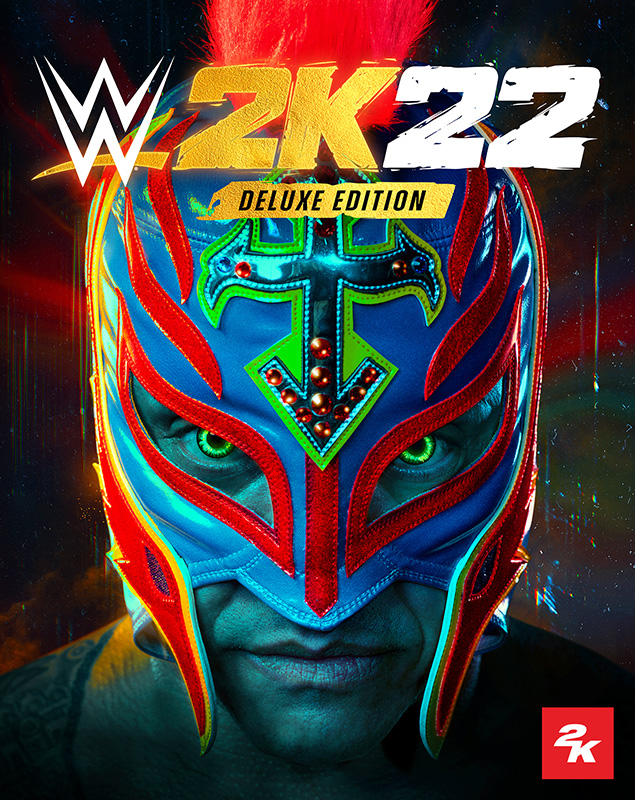 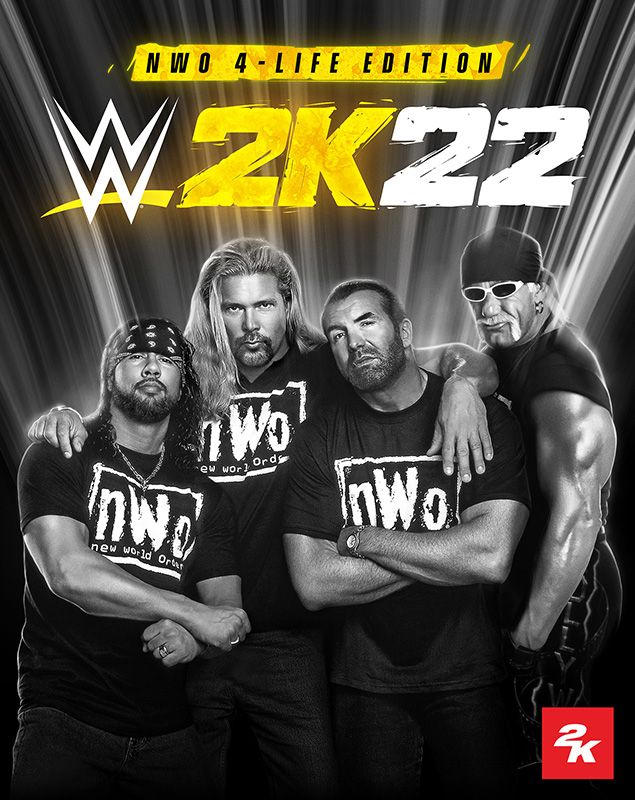 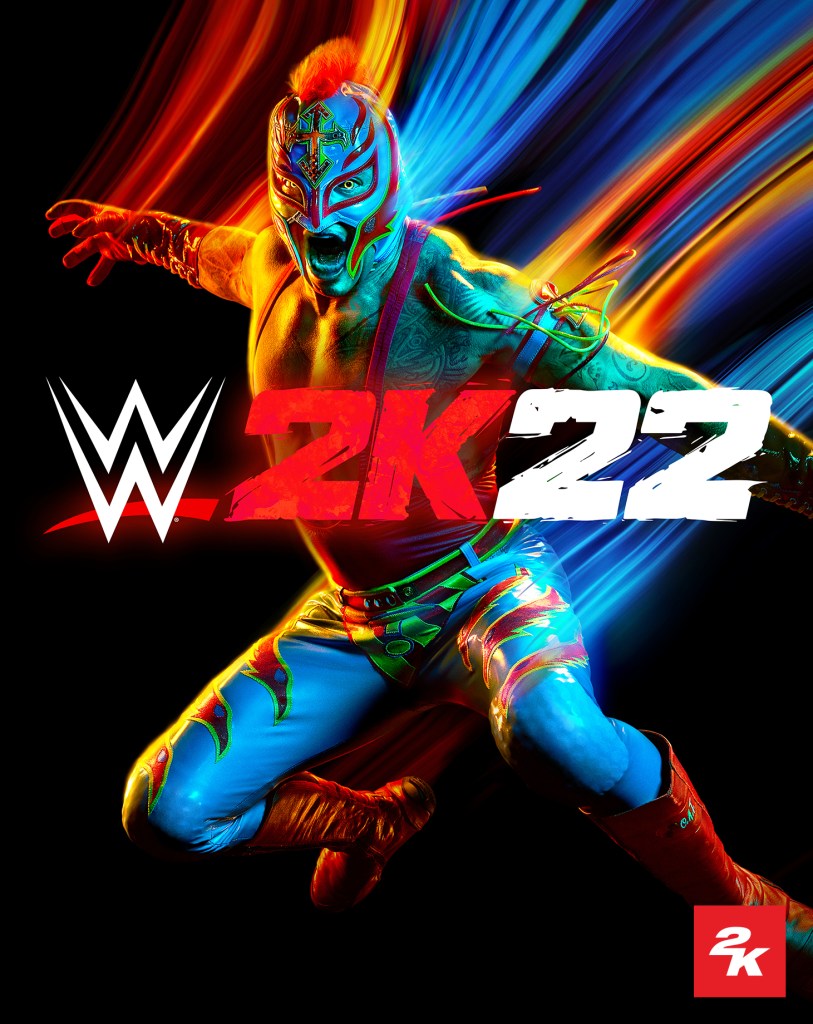 WWE 2K22 will release on March 11 in four Editions:

From the redesigned gameplay engine to new controls and upgraded visuals, WWE 2K22 is set to look, feel, play, and “Hit Different.” The engine, coupled with WWE 2K’s most stunning graphics to date, ensures an unprecedented level of realism for the franchise. Alongside an updated and intuitive control scheme, as well as an immersive presentation and varied camera angles, players will feel the pressure and reward of every punch, kick, and slam.

Popular game modes including the returning 2K Showcase – starring Rey Mysterio – incorporate new features and updates, allowing players to relive the iconic moments behind Mysterio’s most famous matches. In MyRISE, players chart their own paths to superstardom. With Universe Mode and the upgraded Creation Suite, WWE 2K22 offers players the ability to fully customize their WWE experience down to the smallest details. From taking control over brands, premium live events, match results, rivalries, and more – or creating the ultimate custom Superstar personas, arenas, and championships – players can share all their creations with the global WWE 2K22 community with first-time-ever, cross-platform sharing.

In addition, WWE 2K22 will introduce new modes to the WWE 2K experience: MyGM and MyFACTION. In MyGM, players step into the role of a WWE General Manager and call the shots on their way to building the biggest brand in the WWE Universe. From drafting the ultimate roster of WWE Superstars and Legends to developing iconic rivalries and championship showdowns, players will get the chance to take the reins and prove themselves on sports entertainment’s biggest stages. With the franchise-first MyFACTION mode, players can collect and manage their dream faction with weekly events and regular updates, providing tremendous challenges and replay value.