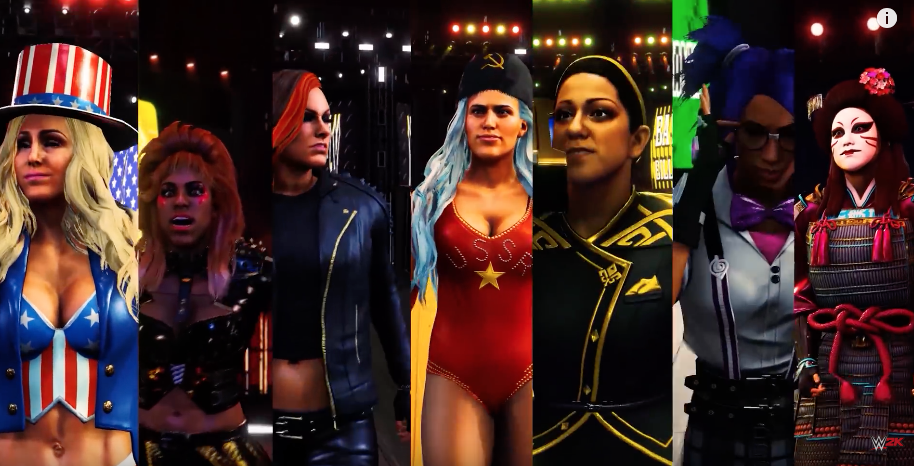 The third entry of the WWE 2K20 Originals downloadable content packs is scheduled to arrive tomorrow. Based on WWE’s throwback series, Southpaw Regional Wrestling joins the spooky Bump in the Night and post-apocalyptic Wasteland Wanderers in expanding WWE 2K20 in fun and unique ways.

Southpaw Regional Wrestling kicks off with its biggest show of the summer, but there’s just one problem. Evil banker Mr. Mackelroy (Tyler Breeze) has purchased the company and intends to destroy it!

Fortunately for the Southpaw crew, fine print in the contract includes a loophole allowing Southpaw to win back ownership. They must beat Mr. Mackelroy’s intimidating squad in a best-of-five series of matches. Can they do the impossible and beat the bully? 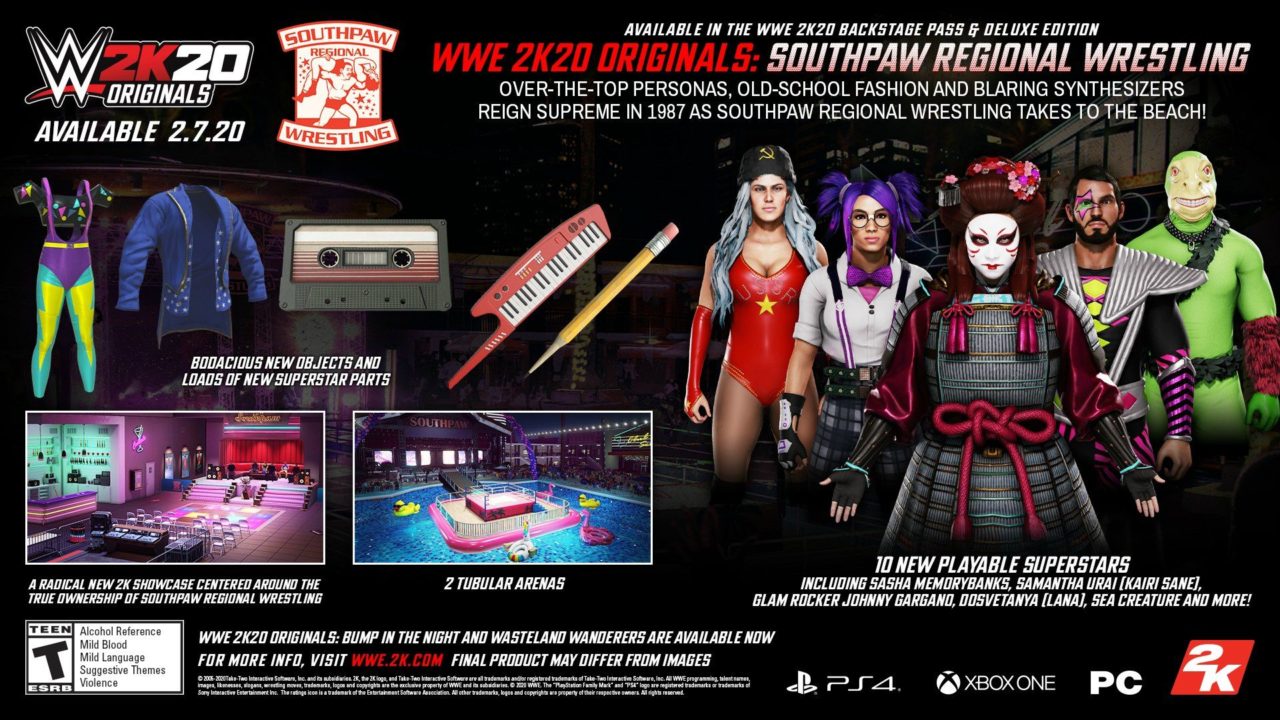 WWE 2K20 Originals are a series of four downloadable content packs each based around a different theme and all-new fictional realm.  These are the core downloadable content offerings for WWE 2K20 and each will include a unique 2K Showcase, 2K Towers, playable characters, creation suite parts, new weapons and arenas, and so much more, set to a unique theme. All WWE 2K20 Originals will be released by spring 2020.