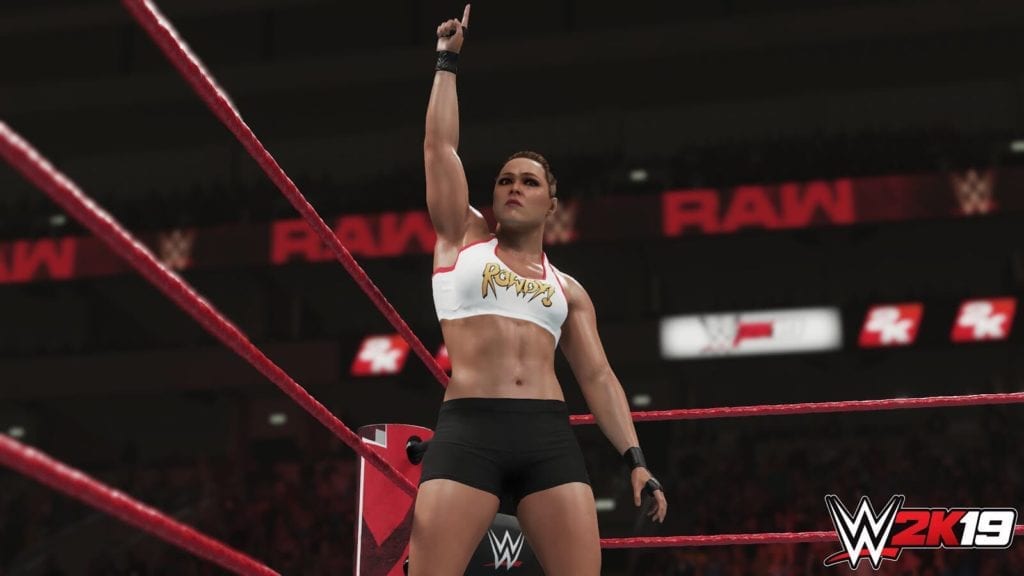 Check out the new WWE 2K19 screenshot of Rowdy Ronda Rousey. Fans can play as her by pre-ordering WWE 2K19.

UPDATE: (8-20) Ronda released another screenshot of herself today, after beating Alexa Bliss, to win the WWE Raw Women’s Championship.

Fans will also receive Rey Mysterio, as a pre-order bonus.

WWE 2K19 is scheduled to release on October 9, but fans can get it 4 days earlier, on October 5, by pre-ordering the Digital Deluxe Edition or Collector’s Edition.

On another note, after getting slammed last year, WWE 2K19 won’t arrive on the Nintendo Switch, according to Kotaku. 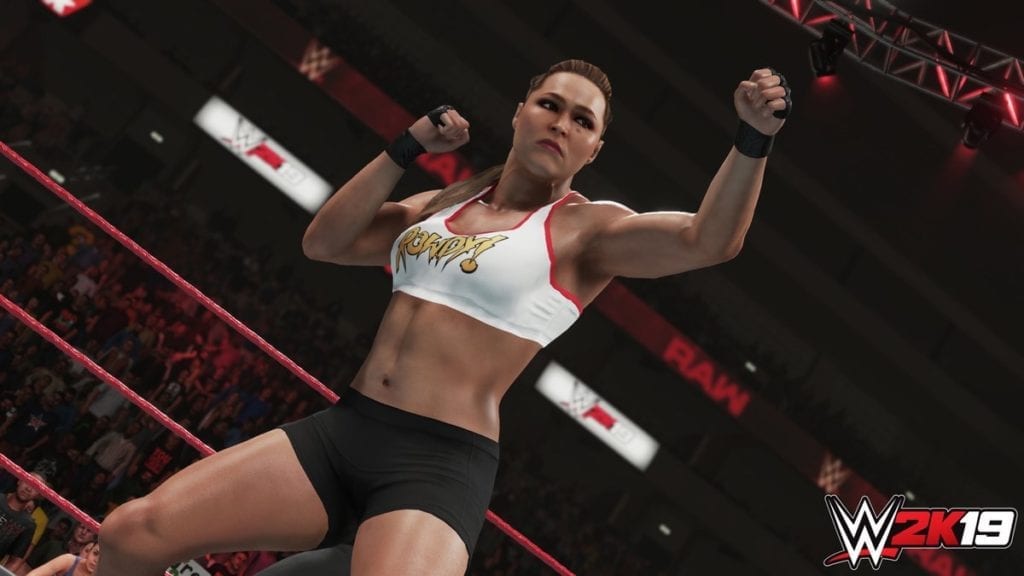