2K announced AJ Styles as the cover athlete for WWE 2K19, earlier this morning. If you missed it, you can watch it here.

WWE 2K19 is scheduled to release on October 9, but fans can get it 4 days earlier by pre-ordering the Digital Deluxe Edition, at $89.99 or the Collector’s Edition (no price has been announced). Check out what’s included in each edition below. 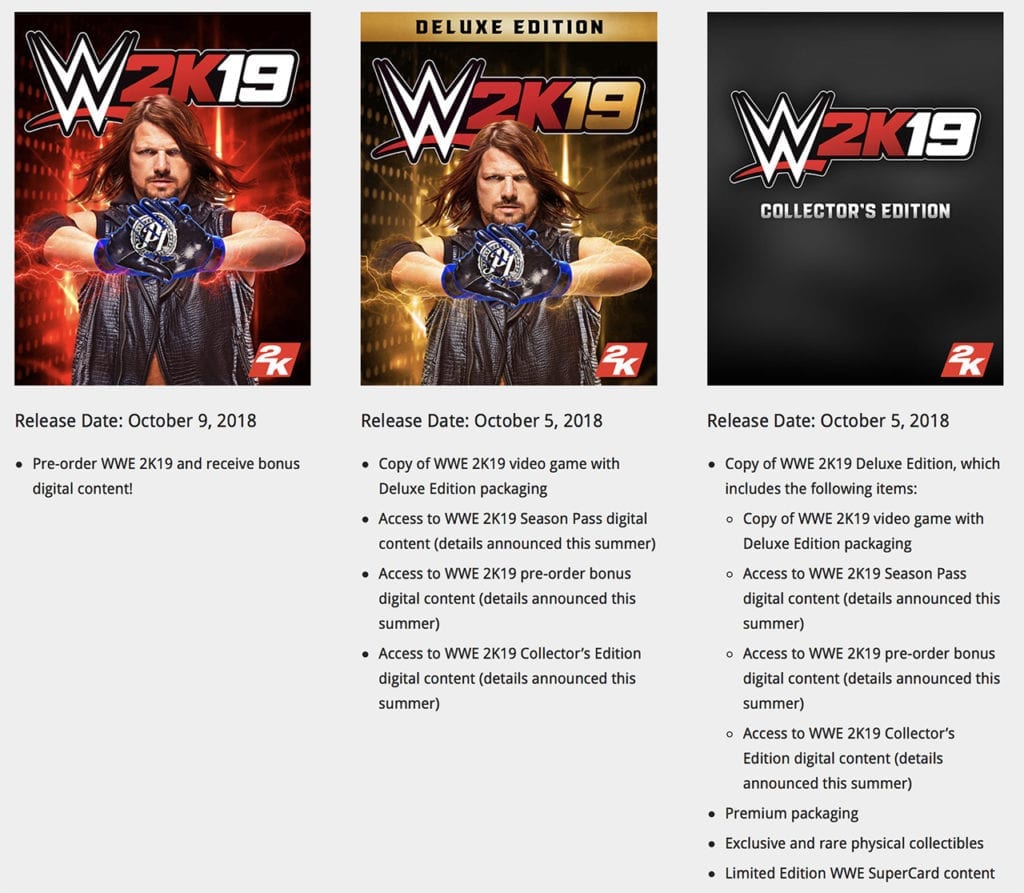 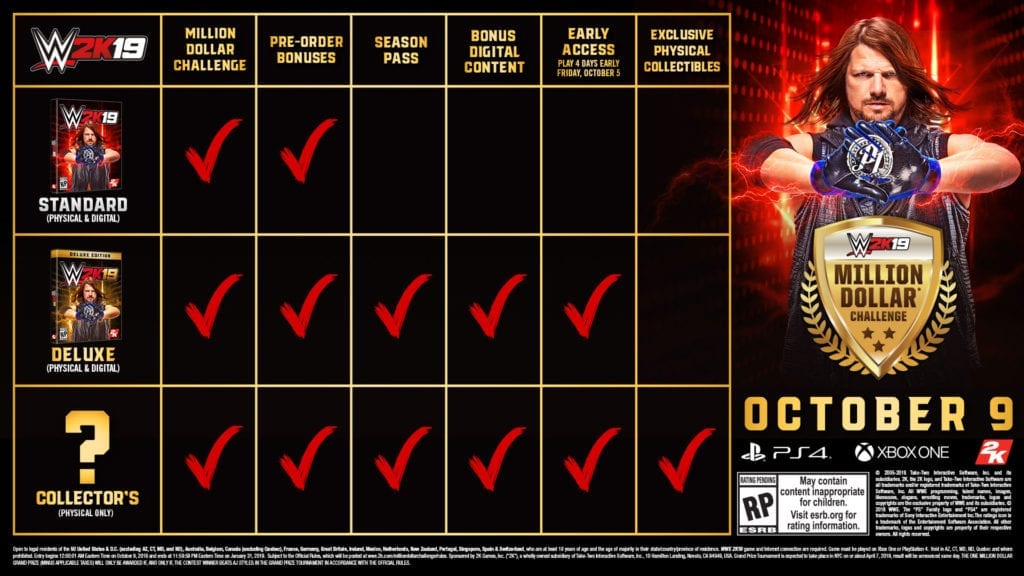 2K also introduced their WWE 2K19 Million Dollar Challenge. This competition will put players on a path to facing The Phenomenal One for a chance to win $1 million.

2K will announce more details about the WWE 2K19 Million Dollar Challenge in the months to come. For complete rules including eligbility requirements, visit the official website.