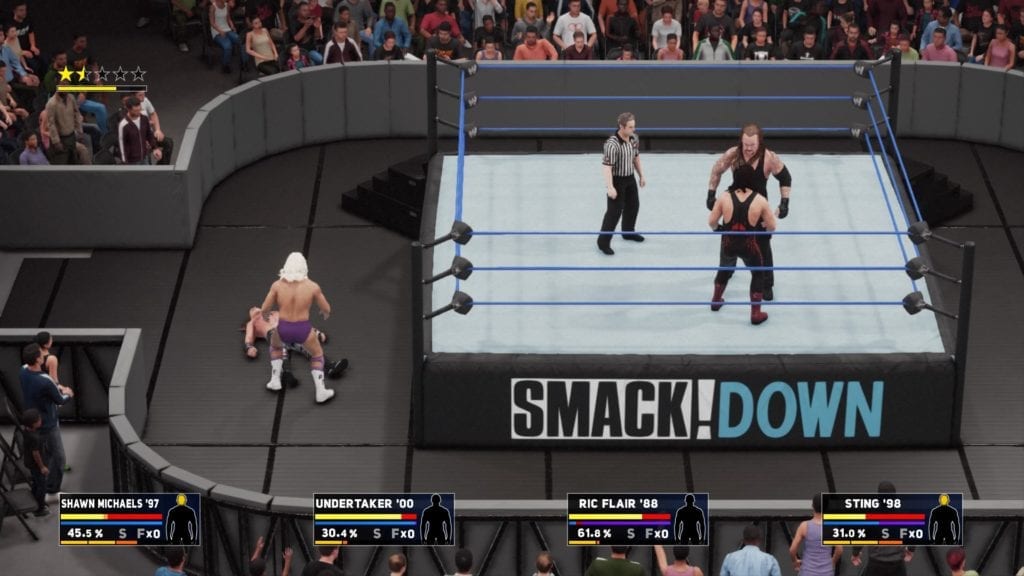 With Survivor Series on the horizon, plenty of 2K fans are firing up WWE 2K18 as they play out their dream matches on the big PPV. And in keeping with the annual five men tradition, let’s take a look at the top five things we like about this year’s game.

The controls are nearly identical to last year, which is a good thing because you’ll be able to jump right in and play. The new carry system, however, is something new, and it adds another element to your offensive strategy. Instead of having to throw your opponent against objects to interact with it, you can pick up and carry your opponent around the ring or even on the outside. When you’re done with them, you can launch them into the guardrail or toss them into the turnbuckle. It’s not a huge change, but definitely another step towards a more realistic gameplay experience.

There is another option for the submission system. If you’re like me and are not a fan of using the R stick to lock in or break out of submissions, you now have the option of a mini-game of sorts where you are prompted to rapidly press a button faster than your opponent. It changes during each submission move, which helps keep everyone on their toes. It’s early, but so far I definitely prefer this over the R stick. 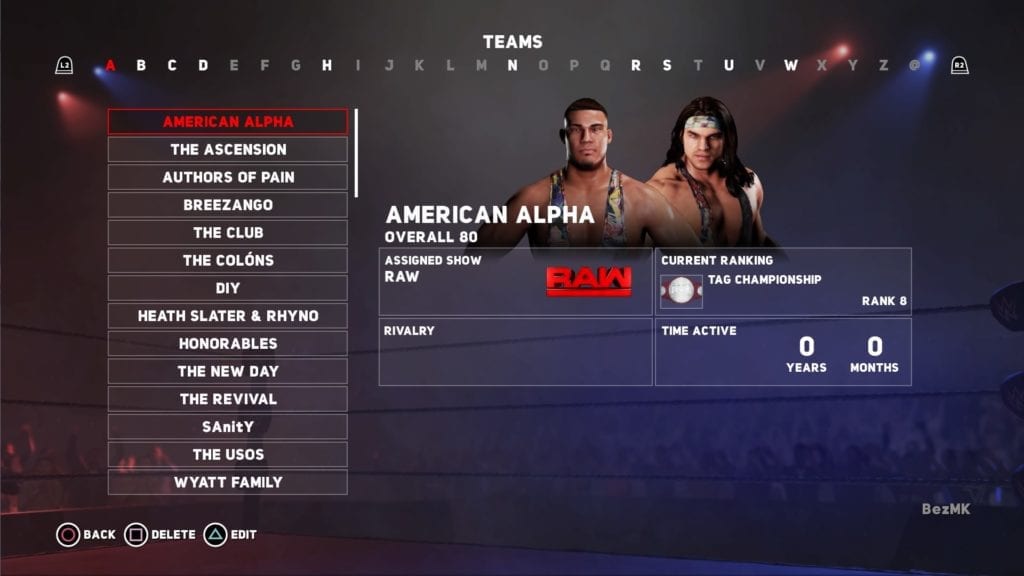 The Biggest Roster Ever In A WWE Game

The large roster is one of the most impressive things about WWE 2K18. There are over 220 characters in the game, which is a tad misleading when you factor in that not all are included on the disc — 16 of those 220 are behind the DLC wall. And when consider the multiple versions of one wrestler — Sting and Mick Foley have a combined nine playable versions in the game — you’re left with 184 unique playable characters available in the game.

And that’s really impressive. 2K17 already had an impressive roster, and 2K18 builds on that to giving us the largest roster ever in the entire series. There are a few missing legends from 2K17, but no active superstars got cut. Unless you go into a match knowing specifically who you want to use, you’ll find yourself getting lost scrolling through all of the options.

The depth of the roster allows users to create ultimate dream matches, with both current and past superstars, along with some mixing of course. If you want to see Daniel Bryan vs. Shinsuke Nakamura, you can. Curious how Kevin Owens stacks up against Stone Cold Steve Austin? Find out for yourself. With all the different match types available, the number of dream matches you can put together is staggering. 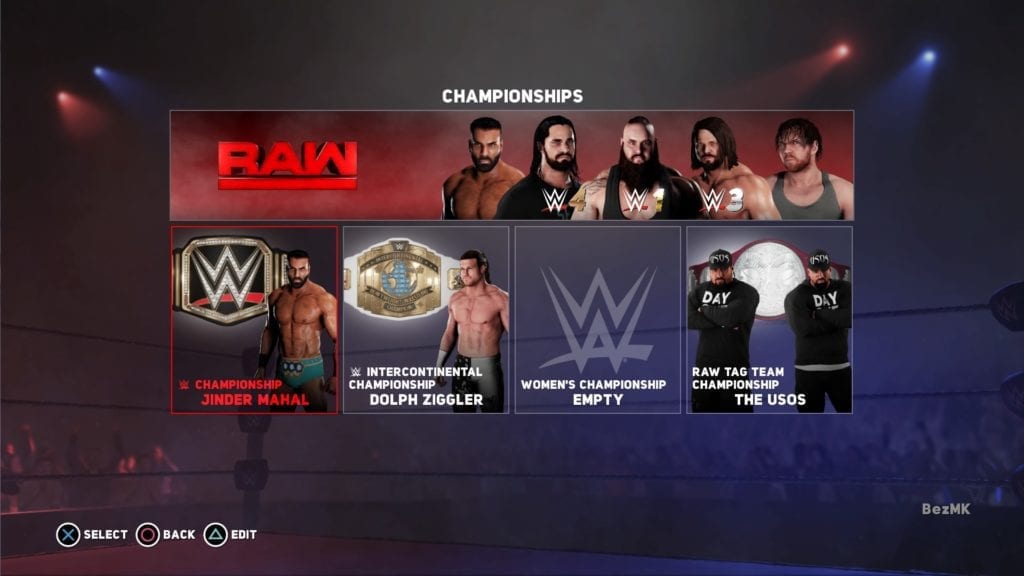 MyUniverse returns this year to fulfill all of your fantasy GM needs. There are plenty of valid complaints out there detailing the shortcomings of this mode, but what shouldn’t get overlooked is how much fun MyUniverse is. There are so many different things you can do in this mode that you could play it for years and still come up with new ideas to try.

You can customize virtually every aspect of your wrestling universe. If you want to re-create a modern day WWE, go right ahead. How about going back to the Attitude Era? Or even combining that with a return of WCW? There is so much nostalgic and current wrestling content stuffed into this game that you can let your creativity run wild. And if it wasn’t included in the game, chances are someone else created and uploaded it for you to download.

MyUniverse is so deep that you can spend hours, if not days simply setting up your wrestling universe exactly the way you want. You don’t have to, of course. You can jump right into WWE today and just make some minor tweaks. But if you have a specific vision in mind, 2K gives you a pretty big canvas to paint your picture.

There isn’t a lot to say here, but the new lighting system has yielded much more realistic looking characters. It’s not perfect by any means — hair and animations during dialogue are still rough — but 2K did a nice job improving in this area.

This has long been a strong suit of the franchise. For all of the game’s flaws, one area that players generally find to be up to snuff is the creation suite. And to nobody’s surprise, WWE 2K18 ups the ante.

Creating a superstar is one of the backbones of the 2K series. And this is coming from someone who doesn’t spend much time creating superstars outside of MyPlayer, but it’s still a key facet of the game for people like me since the 2K community always provides plenty of quality content to download.

As you might expect, there are plenty of new items available for you to use during customization, such as new hair styles and the ability to edit teeth. But 2K18 now allows you to preview the look of your character with the new lighting system in mind, letting you see your character in different light scenarios such as backstage, black light and more. It’s not a major change, but it’s a nice enhancement to an already robust system.

Also, longtime fans of the series will be happy to know that create-a-match has returned. When creating a match, selecting one or two options will disable some others, but you can get very creative here as there are a lot of options to choose from. And of course, you can save your creations for later use without having to re-create it before each match.

There are different win conditions, such as last man standing or first blood. You can make it falls count anywhere or set the ring count at 20. You can now have a tag team TLC match or an 8-man ladder match. The number of options and the amount of customization available to the user is staggering and it’s absolutely one of the strong suits of the franchise.

What about you? What do you like most about WWE 2K18? Let us know in the comments!