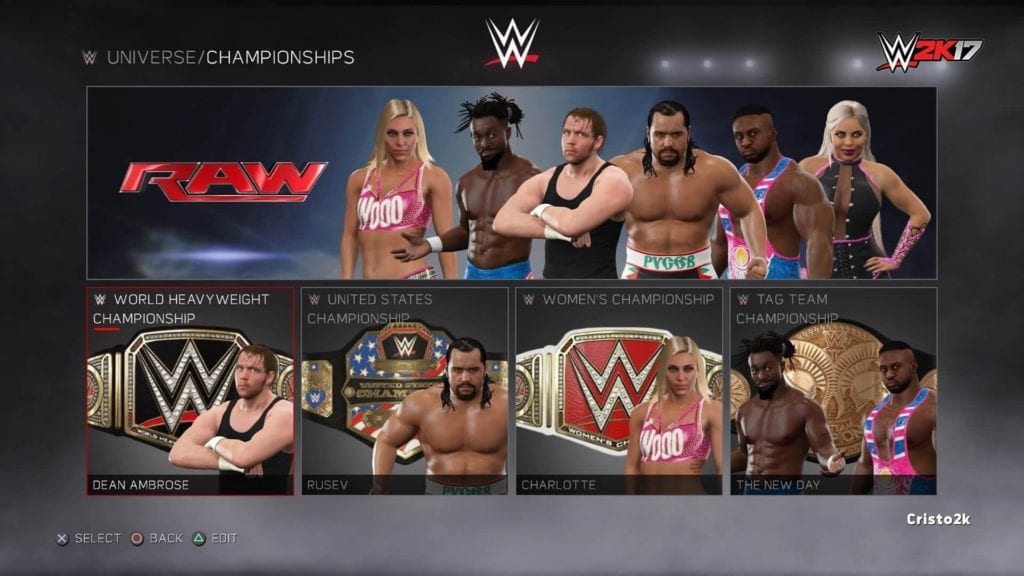 2K has just posted the WWE 2K17 Universe Mode details in a blog written by the designer, Cristo Kyriazis.

If you’re not familiar with it, Universe Mode is an experience based on the WWE shows and events, with WWE Superstars competing against each other in rivalries and for championships, in settings where anything can happen all year round. Alongside the results you would expect to see on TV, we want players to also experience the “what-if” and fantasy scenarios that could happen in WWE. This could include things like a surprise underdog earning a title shot and winning the gold against the odds; a fan-favorite Superstar turning against the crowd and doing everything he or she can to make them hate him or her; or even watching tag team partners compete against each other to see if their comradery will endure the rivalry or if they’ll go their own separate ways.

What makes Universe Mode really stand out is the huge level of customization we support for the players who want to take control with their own ideas. You can create your own roster of WWE and custom Superstars, choose the championships they compete for, change up the shows and PPVs they compete on – or even create your own! The WWE 2K17 Creation Suite and Community Creations options unlock a huge level of potential for WWE Universe that are unlike anything else.

Read all about it here and post your thoughts.