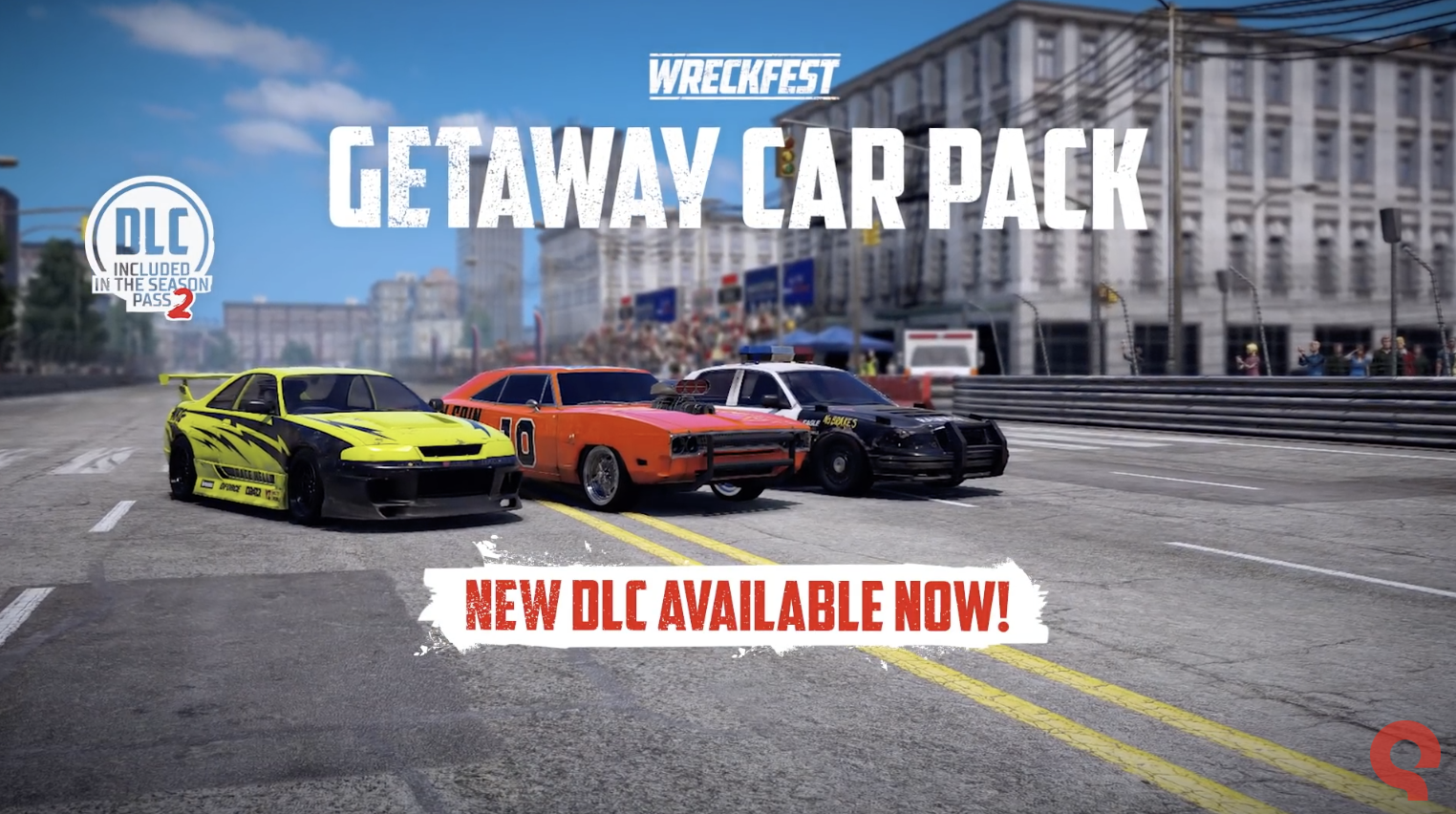 Bugbear Entertainment has launched Wreckfest Season 2 and with it arrives the Getaway Car Pack, the first of four DLCs.

To kick off Season 2 in style, we’re launching a new tournament titled Getaway Heat, the monthly event of which will see you racing flat out through the sprawling downtown streets from checkpoint to checkpoint in one of the cars from the new DLC pack. Yes, you read that right: the new free track is an exciting city circuit, something pretty unique to Wreckfest and sure to become a smash hit in hot multiplayer matches! In the event, the better you do between each checkpoint the more time you save, but with each successive lap you’re given less and less time and at the same time the taxi cabs do their best to block you from taking the perfect line. How far can you make it? As for the weekly events, this time around they are a mix of neck-to-neck demolition racing as well as white-knuckle time trials, so no matter which style is right up your ante there’s something sure to strike the right chord with you. Make sure to participate, because the tournament shop has been loaded with a new sweet Rocket RX as well as rocking new bundles and paint jobs.

We’re also happy to announce the availability of the first Season 2 DLC pack: Getaway Car Pack! This exciting pack expands your garage with three unique rides that are perfect for hardboiled car chases. Bullet is a classic American muscle car that oozes with pure power and strength, and is a perfect getaway car. Razor is one of the finest tuner cars, very agile and super-fast on twisty tracks. And finally, Cardinal is a former law enforcement vehicle with a reinforced body ideal for the toughest pursuits.

The Getaway Car Pack is the seventh Car Pack and part of the Season Pass #2, which includes 12 new cars, spread across four DLCs. This new content will be released step by step.